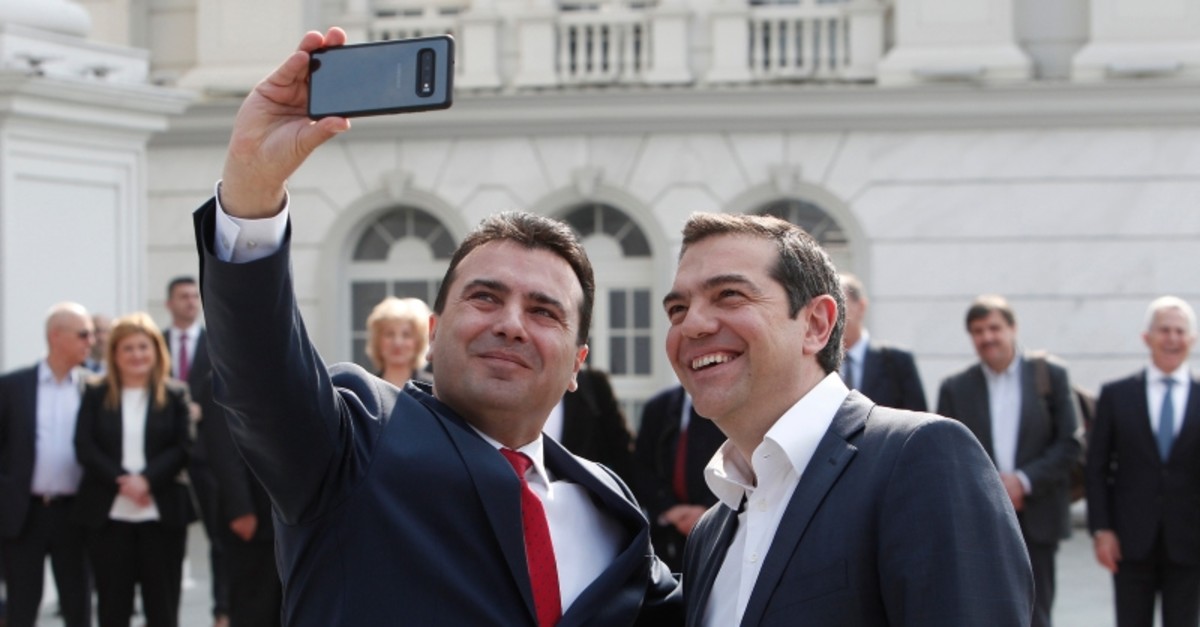 Hoping to lay the groundwork for new ties between Greece and North Macedonia, Tsipras and the President of North Macedonia, George Ivanov, looked set to work out their remaining differences. Tsipras was welcomed by Defense Minister Radmila Sekerinska at the airport, then at the government headquarters by his counterpart and fellow leftist Zoran Zaev. The Macedonian prime minister was exceptionally cordial at the welcoming event and even took a selfie with Tsipras and his cabinet in the background after formally posing for the cameras. Zaev showed Tsipras around his office and pointed to photos of his son and various memorabilia.

"The first prime minister of Greece to visit North Macedonia. Truly historic day," Zaev wrote on Twitter beneath a photo of the two leaders embracing outside the government building, where they took a selfie before entering inside.

With the name issue behind them, the neighbours are also touting the promise of boosting economic ties.

Ahead of the visit, Zaev said there would be new Greek investments worth more than 500 million euros ($561 million) in North Macedonia, which is much smaller and poorer than its EU member neighbor.

"The Republic of North Macedonia will have huge economic benefits from the deal that I believe will be seen in every area of the economy," the prime minister added.

Tsipras is the first Greek prime minister to visit the neighboring country since Macedonia was established first as a federal Yugoslav republic in 1945, then as an independent country in 1991.

The one-day trip came a month after he and his counterpart in Skopje, Zoran Zaev, finalized the Prespa deal that added "North" to Macedonia's name to distinguish it from a bordering province in Greece. The name change settled a dispute that had plagued diplomatic ties for nearly three decades as the neighbors tussled for ownership of the name Macedonia and its cultural heritage. The key trade-off for Skopje was assurance that Athens would stop thwarting its efforts to join NATO and the European Union. Now the neighbors are also touting the promise of boosting economic ties, with Tsipras bringing along 10 ministers and more than two dozen Greek business leaders on the trip.