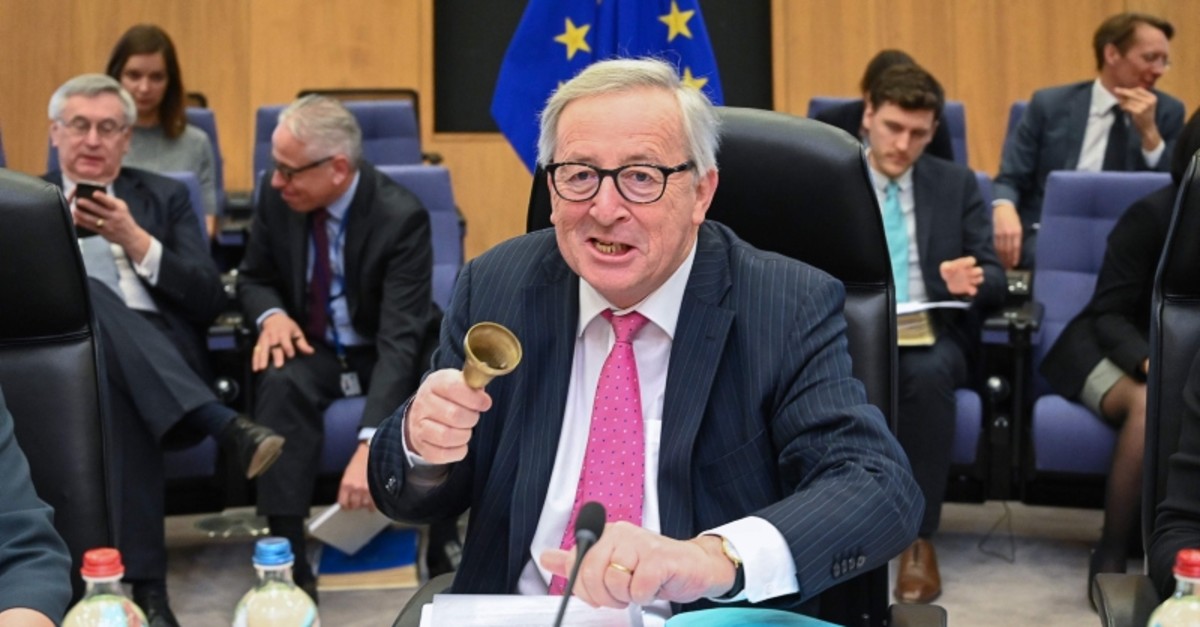 European Commission President Jean-Claude Juncker said the United Kingdom would not get any further short delays to Brexit unless its factious parliament ratifies the EU exit deal on April 12 at the latest.

"The 12th of April is the ultimate deadline for approval of the Withdrawal Agreement by the House of Commons," Juncker told the European Parliament. "If it has not done so by then, no further short extension will be possible."

"A 'no-deal' at midnight on the 12th of April is now a very likely scenario. It is not the outcome I want. But it is an outcome for which I have made sure the EU is ready."

Meanwhile, Prime Minister Theresa May and the leader of Britain's main opposition party were due to meet Wednesday for talks on ending the impasse over the country's departure from the European Union — a surprise about-face that left pro-Brexit members of May's Conservative Party howling with outrage.

Brexit Secretary Stephen Barclay said the government was not setting preconditions for the talks with Labour Party leader Jeremy Corbyn, but was also not offering a "blank check."

"There will need to be compromise on all sides," he said.

After failing repeatedly to win Parliament's backing for her Brexit blueprint, May dramatically changed gear Tuesday, saying she would seek to delay Brexit — again — and hold talks with the opposition to seek a compromise.

Corbyn said he welcomed May's "willingness to compromise to resolve the Brexit deadlock" and looked forward to talks with her later Wednesday.

May's bid for cross-party talks points Britain toward a softer Brexit than the one she has championed since the June 2016 decision to leave the EU. Labour wants the U.K. to remain in a customs union with the bloc to ensure frictionless trade. May has always ruled that out, saying it would limit Britain's ability to forge an independent trade policy.

But May's Brexit deal with the EU has been rejected three times by Parliament, amid opposition from both pro-EU and pro-Brexit lawmakers.