NATO marks 70th anniversary amid rift between US, Europe 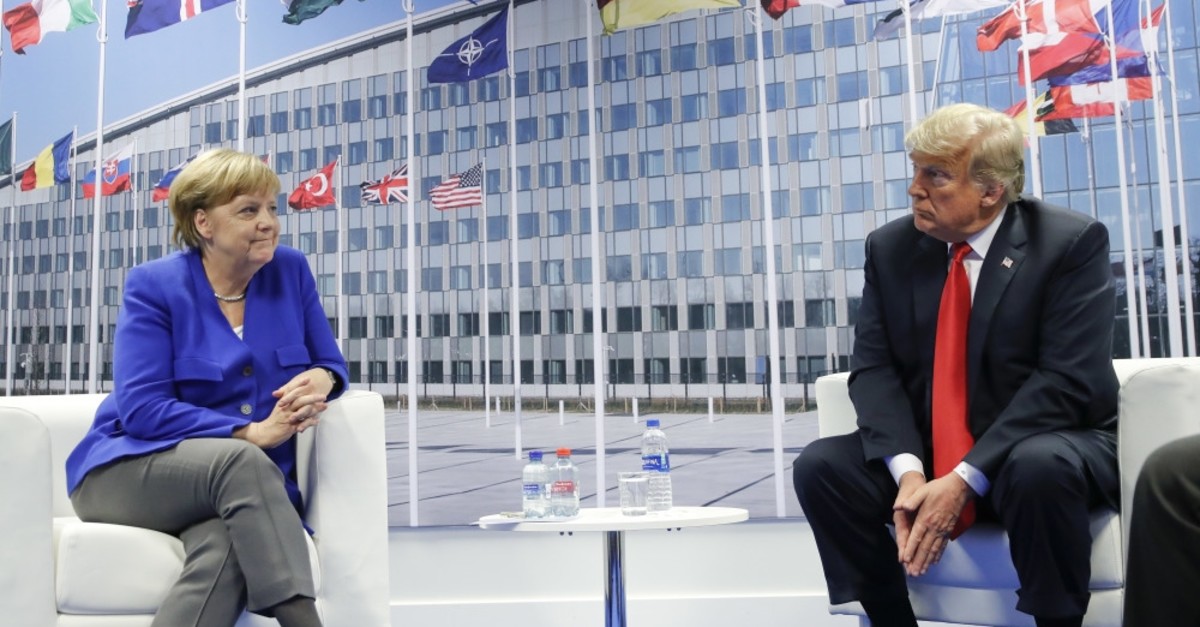 NATO, a frequent target of U.S. President Donald Trump, marks its 70th anniversary amid destructive infighting over defense spending between the U.S. and its European allies

The North Atlantic military alliance, NATO marks its 70th anniversary amid unprecedented tensions between the U.S. and European countries. NATO foreign ministers met in the U.S. capital this week for a low-key celebration of the alliance's 1949 founding treaty, with U.S. complaints over weak European military spending firmly on the agenda. Trump is not scheduled to appear at the upcoming talks of NATO foreign ministers, but he is expected to attend a leaders' summit in London mid-December.

As NATO deploys thousands of troops and equipment to deter Russia and seeks solutions to fast-evolving new threats such as cyberattacks and hybrid warfare, its biggest challenge arguably lies within.

Trump's recurrent demand that countries devote an amount equal to at least 2 percent of their gross domestic product (GDP) to defense spending has become the biggest source of internal strain. In May 2017, Trump made a memorable impression on leaders from Canada and European nations during his first NATO summit. During a speech outside NATO's new Brussels headquarters, he publicly humiliated them. Trump also cast doubt on whether they could count on Washington to fulfill NATO's collective defense clause. Trump also delayed a summit last year with fresh demands on burden sharing.

NATO Sectretary-General Jens Stoltenberg, speaking to reporters before leaving NATO's home base of Brussels, agreed that Germany should live up to commitments from a NATO summit in 2014. "I expect Germany to make good on the pledge Germany made together with all other NATO allies," said Stoltenberg, a former prime minister of Norway. "I expect them to meet spending commitments, and they have submitted to NATO a national plan where they outline how Germany will increase defense spending in real terms by 80 percent over a decade."

German Foreign Minister Heiko Maas, speaking in New York ahead of the NATO meeting, said that Berlin had already boosted defense spending by almost 40 percent since 2014 and was one of the alliance's top troop contributors. "We are grateful for our partnership within NATO, which has enabled us Europeans to enjoy security, stability and prosperity over the last 70 years," he told the American Council on Germany. "But public debates about burden-sharing in NATO are generating uncertainty, at a time when Russia is trying to test our unity again and again," he said. "Europeans know that we need to assume greater responsibility for our security. It lies in our own interest." In 2018, only seven of NATO's 29 member states hit the 2 percent target.

The U.S. president has repeatedly attacked NATO allies, particularly Germany, for falling far short of meeting the target of spending 2 percent of the GDP on their military, accusing them of freeloading off of U.S. military might. Germany stated on Monday that it will miss its NATO spending target despite a short-term rise in defense spending, in news expected to anger Trump.

In view of Trump's demands that the EU shoulder more of the financial burden for ensuring its own security, France has repeatedly called for the EU to build up its defense capabilities. While a nine-country European rapid reaction force, independent from NATO, is under discussion, proposals for a full EU army with a joint command remain deeply sensitive.