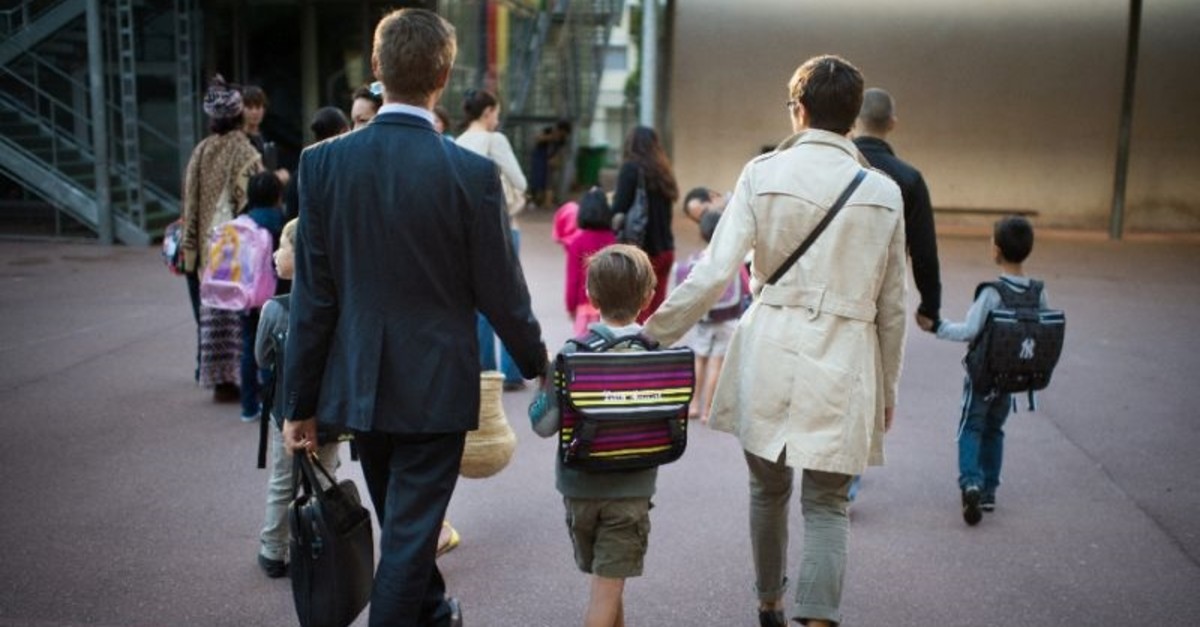 Gone are the days in Denmark when parents could get a divorce with a simple online click — now they have to complete a course before their marriage can be dissolved.

As part of a new divorce law that entered into force on April 1, parents with children under the age of 18 who want to end their marriage must take a 30-minute online course designed to help them and their children adapt as smoothly as possible to their new situation.

There is also a new three-month reflection period before a divorce is finalised.

With almost half of all marriages ending in divorce in Denmark, the course has been designed as an aid to improve communication and avoid some of the most common pitfalls that can arise when a family breaks up.

"The digital course answers some of the most fundamental questions that you are left with during a divorce," Denmark's Ministry of Children and Social Security told AFP in an email.

If parents fail to complete the course — which is available online or on a mobile phone app — within the three-month waiting period, the couple will remain married.

Set up by researchers at the University of Copenhagen, the programme has 17 modules offering concrete solutions to potential conflict areas, ranging from how to handle birthday parties to how to talk to your children when they're upset.

Experts say the course is a good first step, but they would like to see divorcing parents offered even more counselling.

"It's a good start," Trine Schaldemose, the deputy head of family help association Moedrehjaelpen, told AFP, saying an online course was an "easy and cheap decision".

But, she noted, it's only helpful "if the conflict level between parents is not too high".

In 2018, the Scandinavian country registered 15,000 divorces, or 46.5 percent of marriages recorded last year, according to Statistics Denmark.

The country has long been a champion of children's and family rights, offering year-long parental leaves and universal public daycare.

Last year, around 70 percent of children lived together with both their parents, compared to 85 percent in 1980.

Joint custody is increasingly common in the event of divorce, with many experts considering it best for children to live every other week with each parent to maintain close relations.

In less than 10 years, joint custody has risen from 16 percent of children in 2009 to more than 30 percent in 2018, according to the Danish Centre for Social Science Research (VIVE).

Until now, Danes seeking a mutually consensual divorce have been able to do so by submitting a form online, requiring no judge nor waiting period.

The simplicity of proceedings is not controversial in Denmark.

"We think that people are mature enough to know if they want to divorce or not," said VIVE researcher Mai Heide Ottosen.

Now, once a couple has submitted the online papers, they are sent a personalised link to the course.

When Henriette Fuchs divorced three years ago, she jumped at the chance to take the course offered to her during its test phase.

"It's a good way to remind parents that there are things they really need to think about," said the mother of two children aged 7 and 10.

"In situations where you're not very rational, it forces you to reflect on how you feel and how to handle a particular situation," she added.

The "Cooperation After Divorce" modules were tested on 2,500 volunteers between 2015 and 2018, and the results were "staggering", said Martin Hald, a psychologist and associate professor at the University of Copenhagen who helped create the course.

"In 12 of 14 cases we could see that the programme had a moderate to strong positive effect on mental and physical health," he said, improving levels of stress, depression, anxiety, physical or mental suffering, and leading to fewer work absences.

Fuchs recognises that the course can't work miracles, but says she found it to be a useful tool.

"It's like they put everything that they thought could help make my life easier into one app," she says.

The initiative has been broadly welcomed by both the public and politicians, with the exception of the small Liberal Alliance party which doesn't like the state stepping into the fray.

There has meanwhile been little discussion about the fact that more than half of children in Denmark — 54 percent — are born out of wedlock, and for those parents who separate there is no mandatory course.

They can, however, take the course if they want.