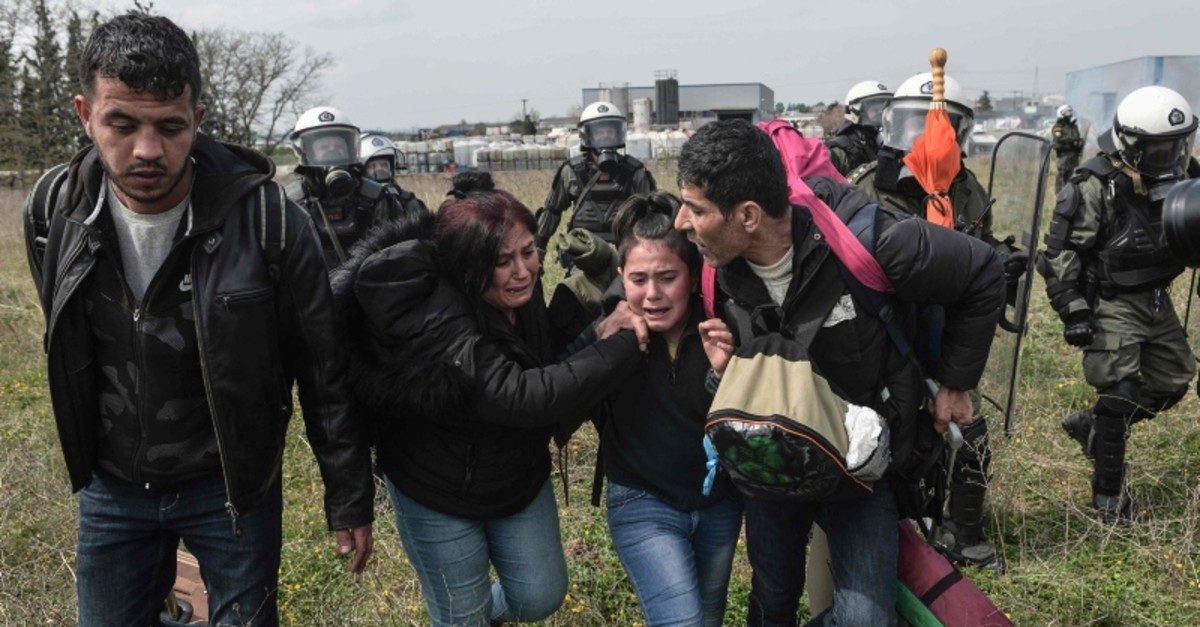 A family run as Greek riot police throw tear gas outside of a refugee camp in Diavata, a west suburb of Thessaloniki, where migrants gather on April 5, 2019 (AFP Photo)
by Anadolu Agency Apr 12, 2019 5:35 pm

Some 12,546 irregular migrants and refugees have reached Europe by sea since the beginning of 2019, the U.N. migration agency said Friday.

Also, 407 migrants perished at sea this year, according to a report published by the International Organization for Migration (IOM).

During the same period last year, nearly 16,218 refugees and migrants entered Europe and 558 others drowned in the Mediterranean Sea.

The IOM, United Nations Refugee Agency and UNICEF expressed concern earlier today over the situation of 62 migrants and refugees rescued April 3 by the Alan Kurdi, a vessel operated by the German NGO Sea Eye.

"The Agencies reaffirm the absolute priority of saving lives at sea and guaranteeing safe and timely disembarkation," a joint statement said.

"The situation in Libya makes it absolutely necessary to establish disembarkation mechanisms that are predictable and in line with all international conventions, under which the North African country cannot be considered a safe port."

In the last few days, two women have been disembarked from the ship for health concerns, IOM Italy's Flavio Di Giacomo confirmed.

Some 30,510 migrants died between 2014 and 2018 while making the treacherous journey to Europe, the U.N. agency reported early January.