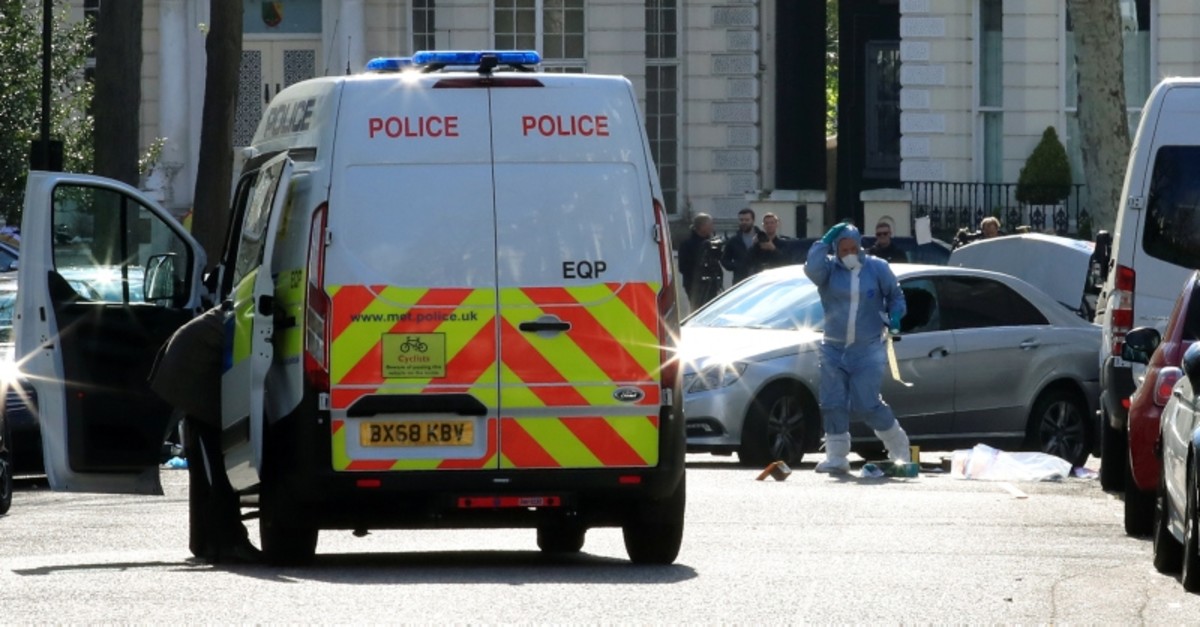 Police in London opened fire outside the Ukrainian embassy on Saturday after a man rammed his vehicle into the ambassador's empty parked car at least twice before being arrested, officials said.

No one was hurt in the incident, which happened early on Saturday outside the embassy building in the affluent Holland Park area of west London, and it was not being treated as terrorism, police said in a statement.

Police detained a man after he drove at the Ukrainian ambassador's car and other vehicles, stopping only after officers opened fire, London's Metropolitan Police and the Ukrainian Foreign Ministry said.

The police said a man in his 40s was arrested after officers opened fire and used a taser to subdue him near the embassy in London's Holland Park area.

The embassy said in a statement that the ambassador's empty official vehicle had been deliberately rammed as it sat parked in front of the building.

"The police were called immediately, and the suspect's vehicle was blocked up," it added.

"Nevertheless, despite the police actions, the attacker hit the ambassador's car again. In response, the police were forced to open fire on the perpetrator's vehicle."

TV footage later showed a silver car slewed across the cordoned-off road with its driver's door open and window shattered.

Police said they had been called at around 9.50 am on Saturday to reports of a car having hit several vehicles in the road.

"On arrival at the scene, a vehicle was driven at police officers," they added in a statement. "Police firearms and Taser were discharged, the vehicle was stopped and a man, aged in his 40s, was arrested."

The man was taken to hospital as a precaution but was not injured, they added.