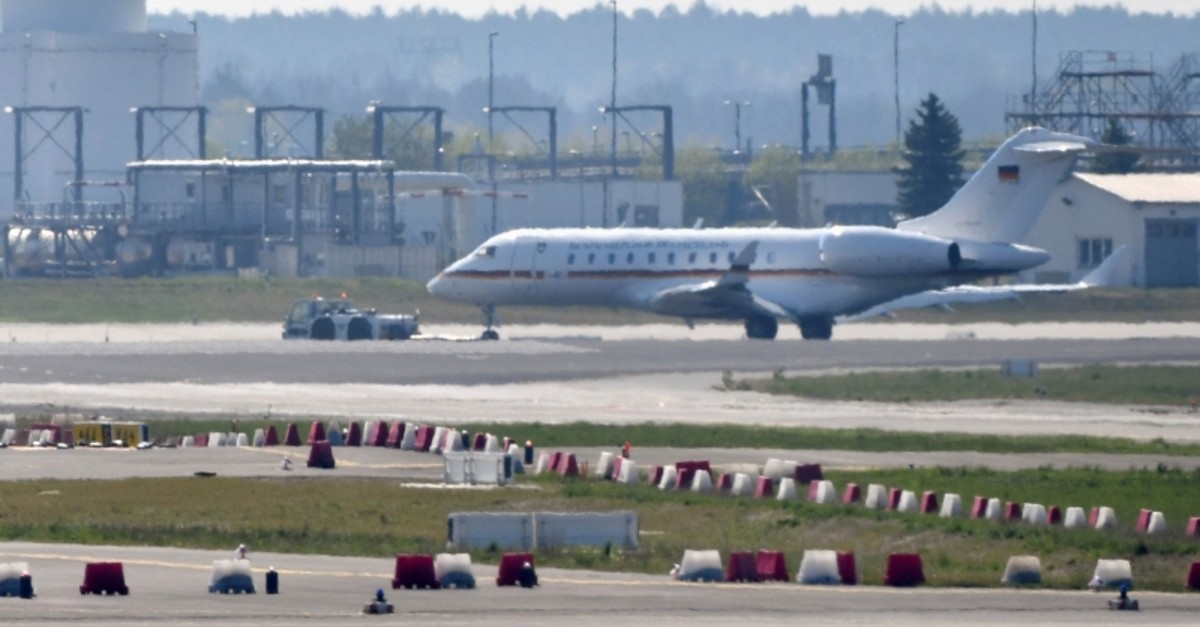 A rough landing by a German government plane at one of Berlin's airports brought flights to a standstill for more than two hours on Tuesday, adding to a long list of embarrassing mishaps for the military-operated fleet.

The German air force, which operates the aircraft, said both wings of the Bombardier Global 5000 jet touched the ground as it landed at Schoenefeld airport after turning back because of a malfunction. It said the crew was undergoing medical checks and the cause of the incident was being examined.

Defense Minister Ursula von der Leyen said that the crew managed "to get the jet on the ground under very difficult circumstances and prevent worse things," news agency dpa reported. The plane had been at Schoenefeld for maintenance and was headed back to its base in Cologne.

The city's airport operator tweeted after the incident Tuesday morning that flights headed for Schoenefeld were being diverted because of an "inoperative aircraft on the runway" and check-in was suspended. Approaching planes were diverted to Berlin's other airport, Tegel, northwest of the city center.

The runway was briefly closed while the plane was towed away, leading to the disruption of dozens of flights. Flight operations resumed around noon, though the airport warned that there could still be delays.

Schoenefeld is one of two Cold War-era airports that serve the German capital ahead of the long-delayed opening of a new airport, currently scheduled for October next year.

The German government's fleet of 14 aircraft has become increasingly notorious for frequent malfunctions, with a string of embarrassing high-profile mishaps in recent months.

In November, Chancellor Angela Merkel arrived late at the Group of 20 summit in Argentina after a problem with her Airbus A340 forced the plane to turn back due to electrical problems and was forced to land in Cologne. Merkel then took a commercial flight.

The "Konrad Adenauer" Airbus A340 was given a complete overhaul following the incident but on its first outing since, on April 1, it blew a tyre on landing in New York with Foreign Minister Heiko Maas on board.

The plane eventually had to be towed to its parking space, but the delay meant that Maas missed his first appointments at the UN.

In March, the foreign minister was stranded in Mali due to a hydraulic problem with his Airbus A319's landing gear.

The plane woes have also hit other top German officials.

At the end of January, President Frank-Walter Steinmeier was stuck in Ethiopia for similar reasons while Development Minister Gerd Mueller had to cancel a trip to Namibia at the start of the year owing to problems with his plane.

With the Konrad Adenauer back in the repair workshop, Finance Minister Olaf Scholz recently had to fly on a smaller plane, the A321, which required mid-route refuelling in Iceland to complete its journey to the United States.

In response to the defects, the German government announced last week they are paying 1.2 billion euros ($1.3 billion) to buy three new Airbus A350s planes, the first of which will be delivered in 2020. It has four Global 5000s, fitted out for delegations of up to 13 people.
RELATED TOPICS