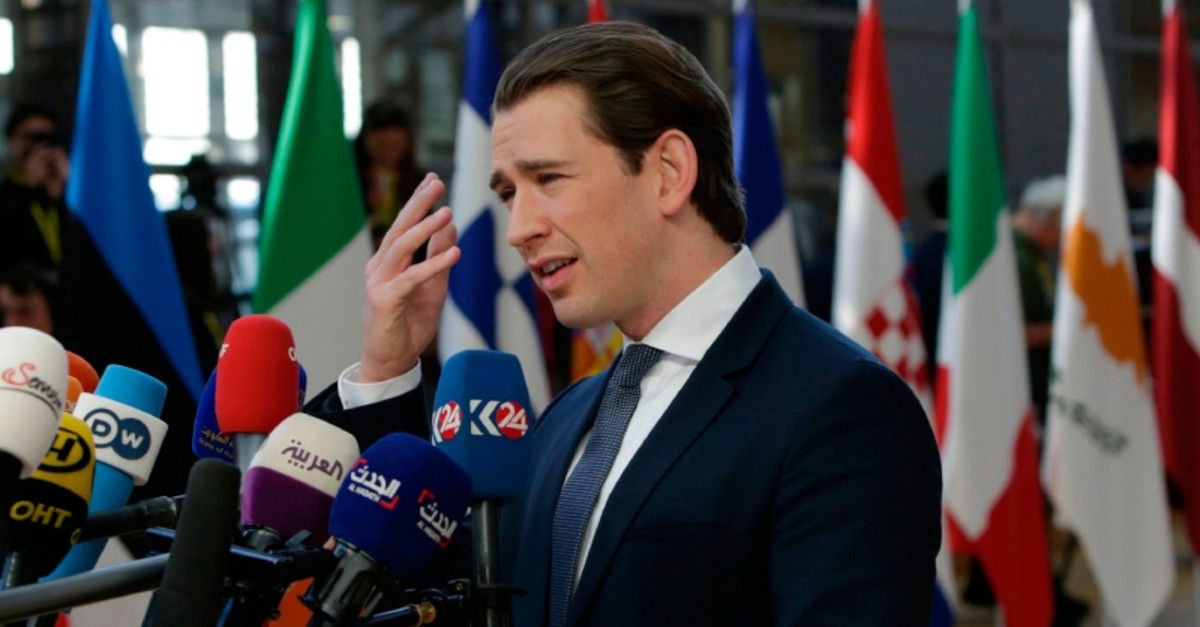 Austria's Chancellor Sebastian Kurz speaks to the press as he arrives ahead of a European Council meeting on Brexit at The Europa Building at The European Parliament in Brussels on April 10, 2019 (AFP Photo)
by Apr 17, 2019 2:35 pm

Austria's right-wing government fulfills all the criteria of populism and is moving away from an open society, former vice chancellor Reinhold Mitterlehner charged on Wednesday.

"We are on a problematic path from a liberal to an authoritarian democracy," said Mitterlehner, who is also the former conservative party chief, at the presentation of his autobiography.

It was sharpest and highest-ranking criticism against Chancellor Sebastian Kurz from within his People's Party (OVP) to date since Kurz ousted Mitterlehner in 2017, took over the party reins and ended a centrist coalition with the Social Democrats.

The current government coalition between the OVP and the far-right Freedom Party (FPO) has adopted "inhumane and cynical" policies toward refugees, such as renaming reception centers "departure centers" or proposing an hourly wage of only 1.50 euros ($1.70) for refugees.

The government was not only populist because it paints foreigners as enemies, Mitterlehner said, but also because of its disrespect for the independence of the judiciary, for the media and for parliamentary democracy.

"It is worrying that everyone watches in silence" as the government is moving forward on this path, the former conservative chief said.

Mitterlehner warned that the strong public support the government enjoys is no measure of its quality.