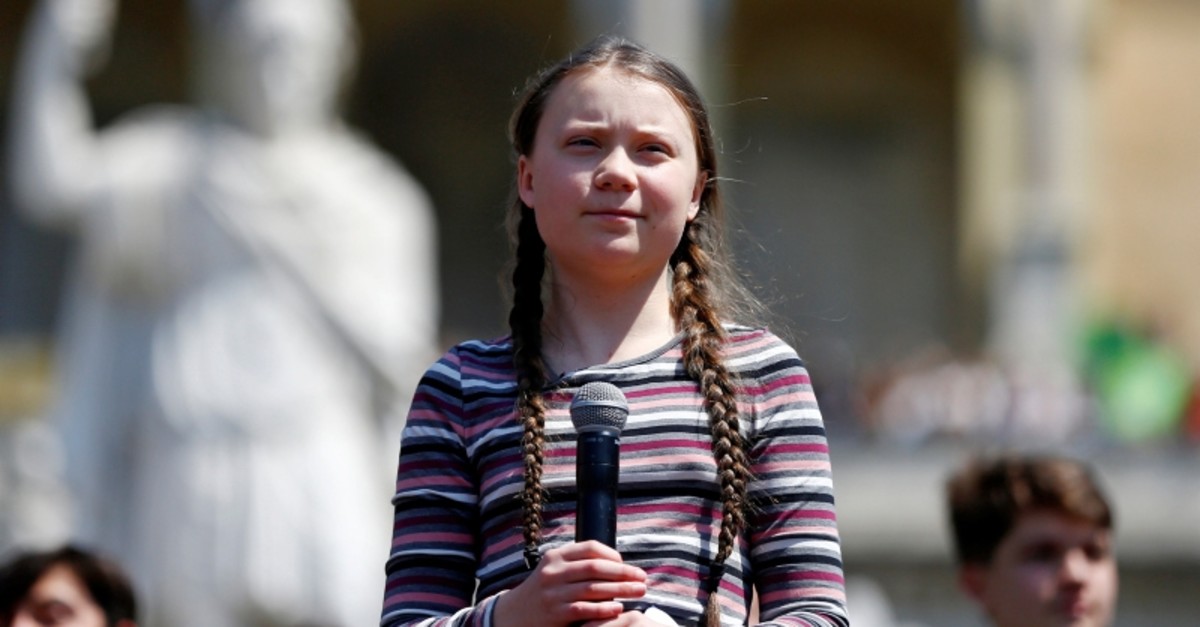 Thousands of people, including many pre-teen children, joined Swedish teenage environmental activist Greta Thunberg in a "Fridays for Future" protest in Rome.

The "Fridays for Future" protests, inspired by Thunberg, see students skip their Friday classes and take to the street to push politicians towards stricter climate policies.

"Ciao Roma, it's an honor for me to be here with you today," Thunberg said after she was greeted with chants of "We want Greta" and "With Greta we save the planet."

thunberg shot to prominence last August with weekly sit-ins on the cobblestones in front of Stockholm's Parliament House with her "school strike for climate" sign.

Thousands of students around the world have since copied her and youth organisations have launched school strikes involving students in more than 40 countries.

She rejected suggestions that she had stolen the limelight away from her cause, saying she did not like being a celebrity.

"I mean I don't enjoy attention, but I enjoy making a difference," she said, adding that she wanted to make sure that climate crisis was always the main focus of any trip.

Her blunt criticism of politicians has raised some eyebrows, but she warned that it was up to the current crop of leaders to find solutions because time was running out.

"When I am grown up, when I am old enough to become a politician, I mean it will be too late to act because we need to act now," she said. "We can't wait for people like me to grow up and become the ones in charge." 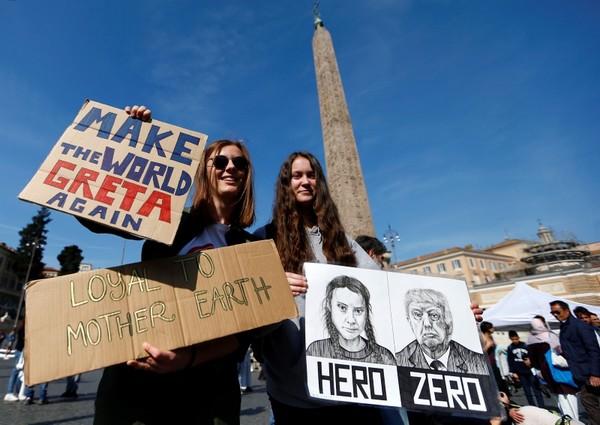 Organizers said 25,000 people were present at the demonstration in Piazza del Popolo, a square in the center of Rome.

Before Thunberg addressed the crowd, primary, middle school and university students had their chance to speak.

Another speaker, Flavio Frontaloni of Roma Tre University, drew applause from the crowd after he accused Italian deputy premier Matteo Salvini of having climate-sceptic views.

He said Salvini and other members of his far-right League party voted against the Paris Agreement on climate change as members of the European Parliament. "We won't forget this," Frontaloni said.

Thunberg arrived in Rome on Wednesday. During her stay in the Italian capital, she met Pope Francis and delivered a speech at the Italian Senate.

On Friday, the stage she and others spoke from was powered by non-polluting electricity produced by dozens of volunteers pedalling on bicycles attached to dynamos.