Scotland's Sturgeon calls for second referendum to break away from UK 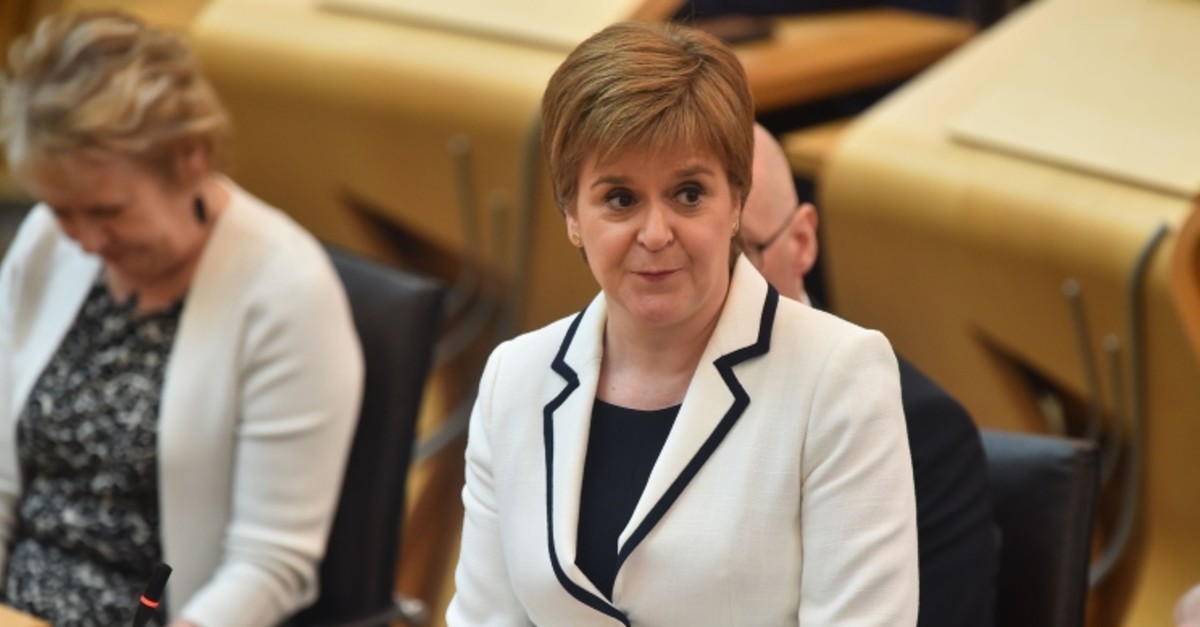 Scotland's First Minister Nicola Sturgeon makes a statement to the Scottish Parliament on Brexit and a second independence referendum, at Holyrood, central Edinburgh on April 24, 2019. (AFP Photo)
by Apr 24, 2019 7:00 pm

The Scottish government will introduce legislation "shortly" as a first step towards another independence referendum to be held by 2021, First Minister Nicola Sturgeon announced Wednesday.

"We will shortly introduce legislation to set the rules for any referendum," the Scottish National Party (SNP) leader told lawmakers in Edinburgh.

She said she hoped the legislation would be agreed by the end of 2019.

Her government aims to "give people a choice on independence" from the United Kingdom before the end of the current term of parliament expires in May 2021.

Scotland voted to remain in the United Kingdom during a 2014 referendum by a margin of 55 percent to 45 percent, but the country's vote to leave the European Union in 2016 spurred independence campaigners to demand another vote.

Shortly after this, the Scottish government would then request a "section 30 order" from the British government, which would involve a temporary transfer of power from Westminster to the Edinburgh to allow the referendum to go ahead.

"We do not need a transfer of power, such as a section 30 order, to pass such a framework bill, although we would need it to put beyond doubt or challenge our ability to apply the bill to an independence referendum," she said.

Some pro-independence supporters have urged Sturgeon to call for an immediate vote, but British Prime Minister Theresa May has already said she would not agree to such a request.

"I believe that position will prove to be unsustainable," said Sturgeon.

"By making progress with primary legislation first, we won't squander valuable time now in a stand-off with the UK government that may soon be out of office," she explained of her timing.

The Scottish government would instead seek a section 30 order "at an appropriate point during or shortly after the bill's passage", she added.

But the uncertainty surrounding Brexit, which has been put back to October 31 as MPs try and reach agreement over the divorce deal, has also hampered plans for another independence referendum.

"To rush into an immediate decision before a Brexit path is determined would not allow for an informed choice to be made," said the SNP leader.

While polls show some pro-EU voters have swung behind the independence cause, a similar amount of pro-Brexit supporters have moved in the other direction, and overall support remains close to 2014 levels.

Sturgeon hopes that dissatisfaction with London's handling of Brexit could tip the balance.

"The Westminster system of government simply does not serve Scotland's interests," she said.

"The status quo is broken. Serious change is needed," added the first minister.