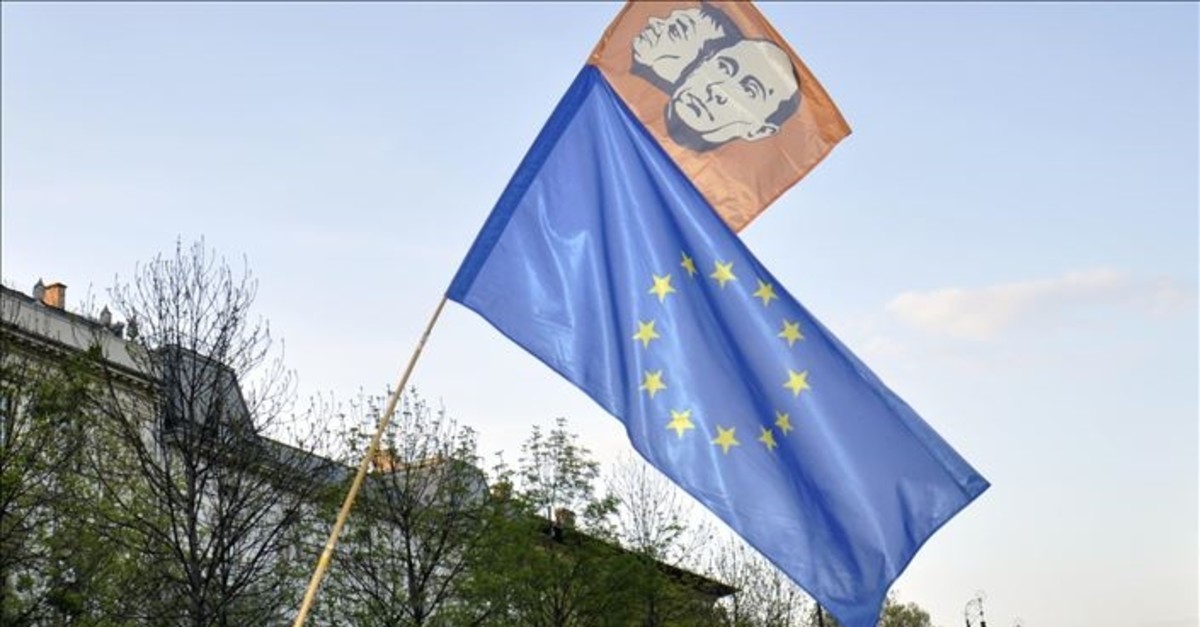 Demonstrators, who claim increasing Russian effects on Hungary, hold placards and flags during a protest near Russian Embassy in Budapest, Hungary on April 24, 2017 (AA Photo)
by Anadolu Agency Apr 26, 2019 7:26 pm

Many European voters feel poorly represented by politics and are leaning towards supporting populist parties from the left or far-right in May's European Parliament elections, a new study has revealed.

On average, only about six of every 100 voters identify positively with a party, said the study carried out by the German-based Bertelsmann Foundation.

Around 49% of the respondents said they no longer identified themselves with a major political party, but vote against parties they most strongly rejected.

"The more people feel poorly represented by politics, the more receptive they become to populist messages and the more likely they are to elect populist parties," said Robert Vehrkamp, co-author of the study, "Europe's Choice".

The study found that over 10% of voters would back populist right-wing or extreme-right parties, more than the support shown for any other political grouping.

According to the study, Euroskeptic and populist parties have managed to mobilize their supporters and created a stable voter base for themselves in a relatively short period of time ahead of the elections.

Around 450 million eligible voters in the EU member states will elect new representatives to the European Parliament on May 23-26.

Right-wing, anti-immigrant parties are favored to make gains, according to polls.