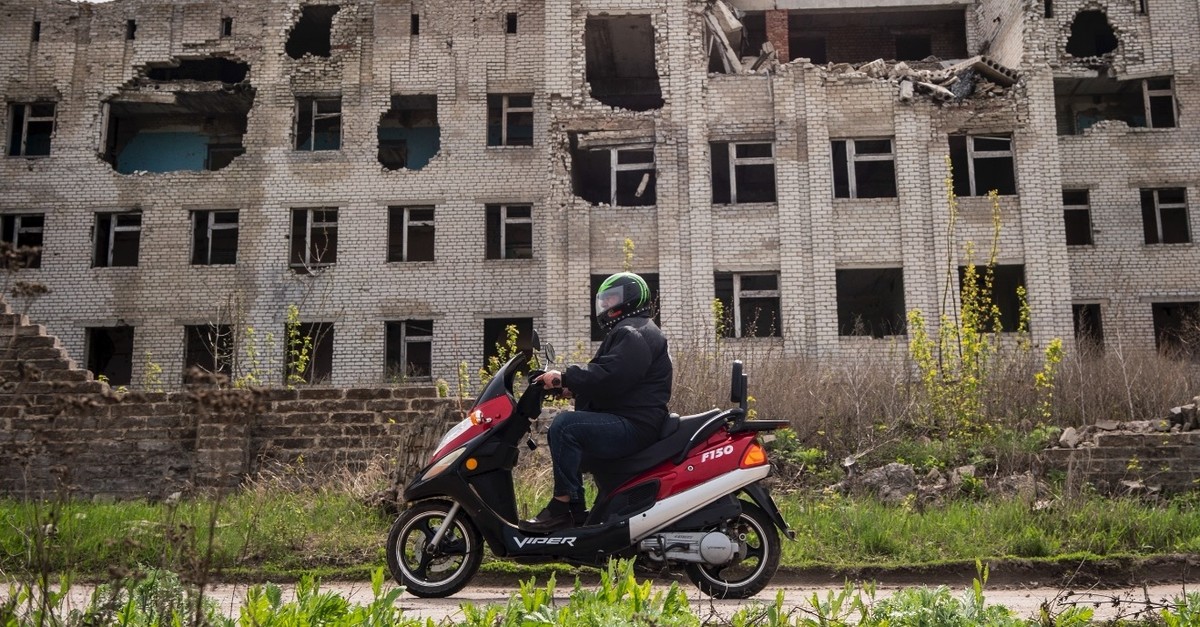 Moscow's decision to give eastern Ukrainian residents passports drew swift condemnation and saw increased tension on the conflict in eastern Ukraine; a source of friction between Russia and the West

As the conflict in eastern Ukraine entered its sixth year, the ongoing crisis continues to be a major sticking point between Russia and the Western world. The tension lately escalated after Russia decided to give residents of Ukraine's rebel-held regions fast-track access to Russian passports.

Three days after Ukraine elected a new president, Volodymyr Zelenskiy, President Vladimir Putin signed a decree Wednesday aimed at residents of eastern Donetsk and Luhansk that broke away from Kiev in 2014 and are governed by Moscow-backed rebels.

People living in the separatist regions will now be entitled to receive a Russian passport within three months of applying for one. Zelinsky's victory has raised questions over the possible rapprochement with Russia. Putin said Moscow was willing to work with the Ukrainian president-elect if he implemented an international peace accord on east Ukraine. Zelenskiy, in response to the move, called for more international sanctions against Russia.

Speaking to reporters at the end of a summit with North Korean leader Kim Jong Un, Putin said that Poland, Romania and Hungary grant citizenship to their own ethnic kin living outside their borders. "It caused a negative reaction. That's strange," Putin said. "How are Russians in Ukraine worse than Romanians, Poles or Hungarians? I don't see anything unusual here."

The latest Russian move drew swift condemnation from the U.S., Germany, France and the EU. The controversial decree signed by President Vladimir Putin "is another attack on Ukraine's sovereignty by Russia," a spokeswoman for EU foreign affairs chief Federica Mogherini said in a statement. "The timing of such a decision immediately after Ukraine's presidential election... shows Russia's intention to further destabilize Ukraine and to exacerbate the conflict," the spokeswoman added.

Germany and France also condemned Moscow, saying the move undermined the Minsk peace agreements. "Russia's announcement contradicts the spirit and goals of the Minsk agreements. That is the opposite of the now urgently needed contribution to de-escalation," the German Foreign Ministry said on Twitter.

Ties between Ukraine and Russia deteriorated after Russia annexed the Crimean Peninsula in 2014 and backed separatist fighters in eastern Ukraine. The February 2015 Minsk Agreements, agreed by the leaders of Russia, Ukraine, France and Germany, set out the necessary steps to stop violence against civilians in eastern Ukraine; however, the U.N. has warned that the agreements have remained "largely unimplemented."

The mediating efforts between European countries, Ukraine and Russia have led to no significant improvement in ending the years-long pro-Russian separatist rebellion in eastern Ukraine. The peace talks could not produce a breakthrough over issues relating to the settlement of the Ukraine crisis. The gap between the parties is still too wide to reconcile, therefore the conflict of interests at the heart of the Ukrainian crisis are preventing a sustainable settlement between Kiev and the eastern Ukrainian separatists.