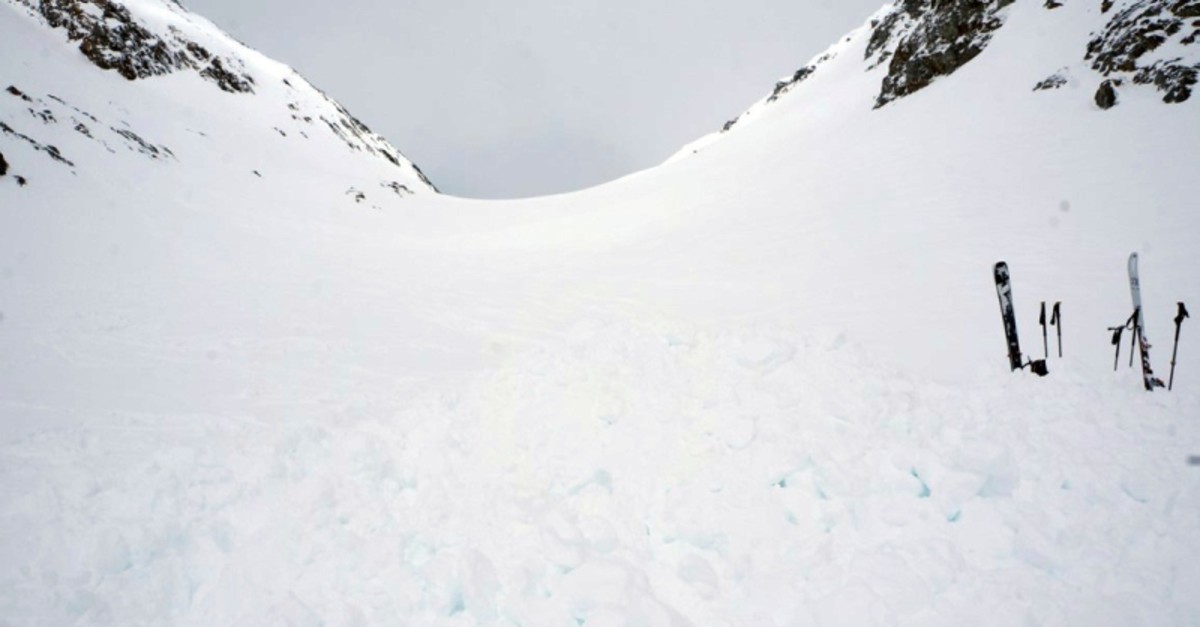 This photo provided by the Kantonspolizei (Cantonal Police) Wallis shows the area where four German skiers have been killed by an avalanche in Fieschertal, Switzerland. (AP Photo)
by Associated Press Apr 28, 2019 3:26 pm

Swiss police say four German skiers have been killed by an avalanche in southern Switzerland.

Police in the canton (region) of Valais said Sunday the group was buried by the avalanche on Friday near the village of Fieschertal.

Planes and rescue personnel started looking for the group after they were reported missing, but because of severe weather conditions, the bodies were only found and recovered Saturday afternoon.

Police said the victims have not yet been formally identified.