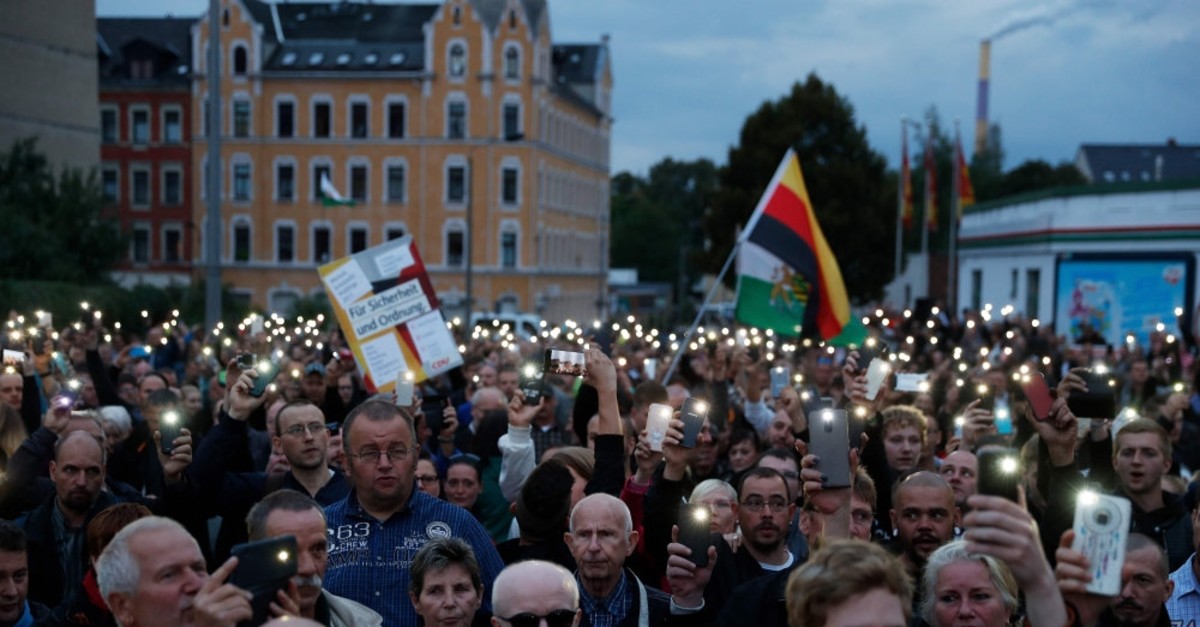 German far-right extremists have been training for civil war and a collapse of the state, a secret report by the country's domestic security agency revealed, citing the rising risk of a right-wing terror threat

As Germany faces a growing risk of violence from far-right extremists, a recent secret report has revealed that right-wing extremists are preparing for "a civil war scenario" by training to use firearms and explosives. Those people are collecting firearms and other supplies in preparation for "a civil war" or "a feared collapse of public order" in the country, according to Germany's domestic intelligence agency, the Federal Office for the Protection of the Constitution (BfV).

The secret report also revealed that there are an alarming number of extremists who could plot attacks involving improvised explosive devices as many of them are not known to the domestic security agency.

Intelligence services have for years been increasing their surveillance of ultra-right groups, which are seen as a growing threat and capable of carrying out terrorist attacks similar to those that left 50 dead at two mosques in New Zealand. The far-right terrorist group National Socialist Underground (NSU) killed eight Turkish immigrants, one Greek citizen and a German police officer between 2000 and 2007, but the murders had long remained unresolved. The loose and diverse far-right scene includes police and army officers, the report also said. German police have been shaken by an investigation into more police officers in the western German state of Hesse in relation to far-right extremist leanings. The German army has also been shaken by a widening scandal over fears of hardline racist views among soldiers.

As support for the far-right has increased over the last four years, German authorities are increasingly concerned over growing right-wing terrorism in the country. Lately, far-right groups have drawn up several "enemy lists" containing names and addresses of more than 25,000 people, a parliamentary inquiry revealed last July. More than 100 bomb and death threats were sent to lawyers, politicians and institutions last month, apparently by German neo-Nazi groups, local media reported, revealing the threat of a growing neo-Nazi presence in the country.

The Interior Ministry said lists were found in various police investigations and operations against far-right groups in the last seven years. Since 2016, Germany has conducted an increasing number of nationwide raids targeting right-wing groups, including houses, apartments and other properties believed to be owned by members of such groups, targeting the so-called "Reich citizens' movement," known as the Reichsbürgers. The most recent operation against such groups involved the detention of seven members of the so-called "Revolution Chemnitz" group, which was allegedly planning an attack linked to the Oct. 3 national day celebrations last year.

In August 2018, massive far-right rallies rocked the city of Chemnitz, in eastern Germany, where skinheads hounded migrants and performed the illegal Hitler salute. After the violence in Chemnitz, German police detained six men suspected of forming a far-right militant organization that assaulted foreigners in Chemnitz and had also planned attacks on politicians. The arrests once again cast an uncomfortable spotlight on the growing problem of far-right terrorism in Chemnitz, which is a stronghold of the far-right Alternative for Germany (AfD) party.