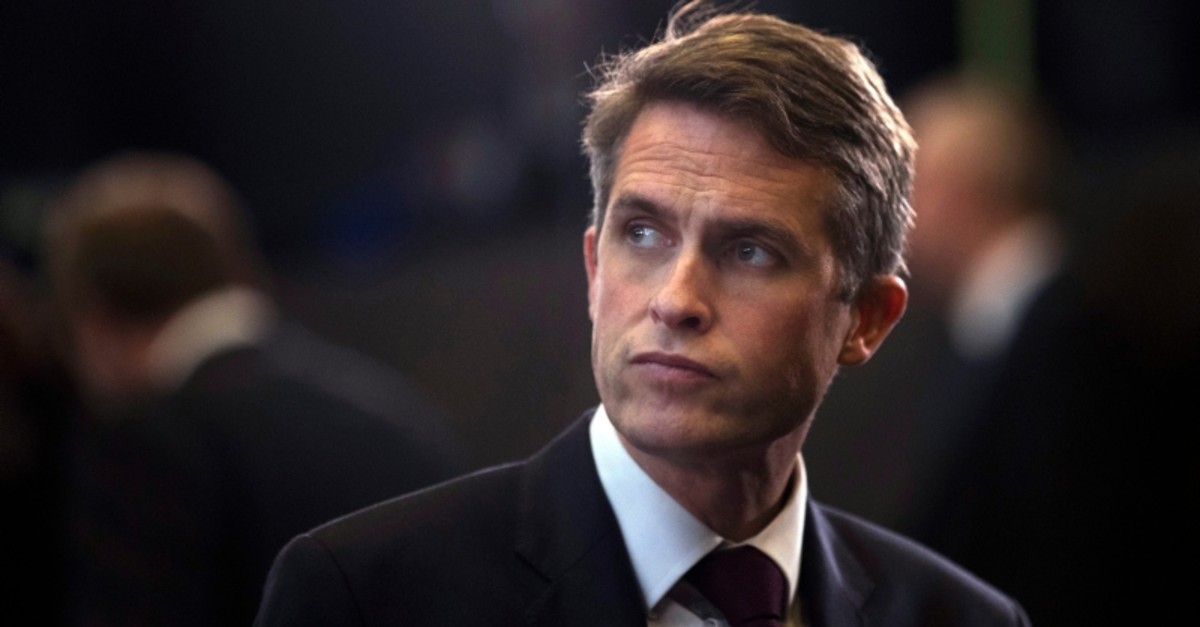 In this Thursday, Oct. 4, 2018 file photo, Britain's Defence Minister Gavin Williamson stands in the main chamber during a gathering of NATO defence ministers at NATO headquarters in Brussels. (AP Photo)
by Associated Press May 02, 2019 4:33 pm
Britain's former defense secretary ferociously denied allegations that he leaked details from private government discussions about the Chinese telecommunications company Huawei, as opposition leaders called Thursday for a criminal investigation into the scandal.

Defense Secretary Gavin Williamson was fired late Wednesday by Prime Minister Theresa May, who said she had seen "compelling evidence" that he was behind media reports that the government had agreed — against the advice of the United States — to let Huawei participate in some aspects of Britain's new 5G wireless communications network.

It was the first time in decades that a senior minister has been fired over leaks of sensitive information.

Williamson hit back, telling Sky News that the investigation had been a "witch hunt" and claiming he was the victim of a "kangaroo court with a summary execution."

Allies of Williamson rallied to his support, demanding that May's government publish the evidence against him.

"Natural justice requires that the evidence is produced so that his reputation can be salvaged or utterly destroyed," said Conservative lawmaker Desmond Swayne.

The firing of Williamson was a dramatic display of the divisions and ill-discipline that is roiling Britain's Conservative-led government.

With May weakened by her failure so far to take Britain out of the European Union, multiple ministers are positioning themselves to try to replace her, partly by cultivating positive press coverage.

Williamson was named in a Daily Telegraph report last week as being one of several ministers alleged to have opposed letting Huawei work on Britain's 5G infrastructure.

The United States has been lobbying allies including Britain to exclude Huawei from all 5G networks, noting that the Chinese government can force the company to give it backdoor access to data on its networks.

Opposition Labour Party deputy leader Tom Watson said the leak from a top-secret meeting of Britain's National Security Council was "indicative of the malaise and sickness at the heart of this ailing government."

He called for a criminal investigation into leaks from the security council, which is made up of senior ministers who receive briefings from military and intelligence chiefs.

Cabinet Office Minister David Lidington said the government did not plan to refer the matter to police.

"But we would of course cooperate fully should the police themselves consider that an investigation were necessary," he told lawmakers.

Metropolitan Police chief Cressida Dick, however, said the force would only investigate if it received a complaint.