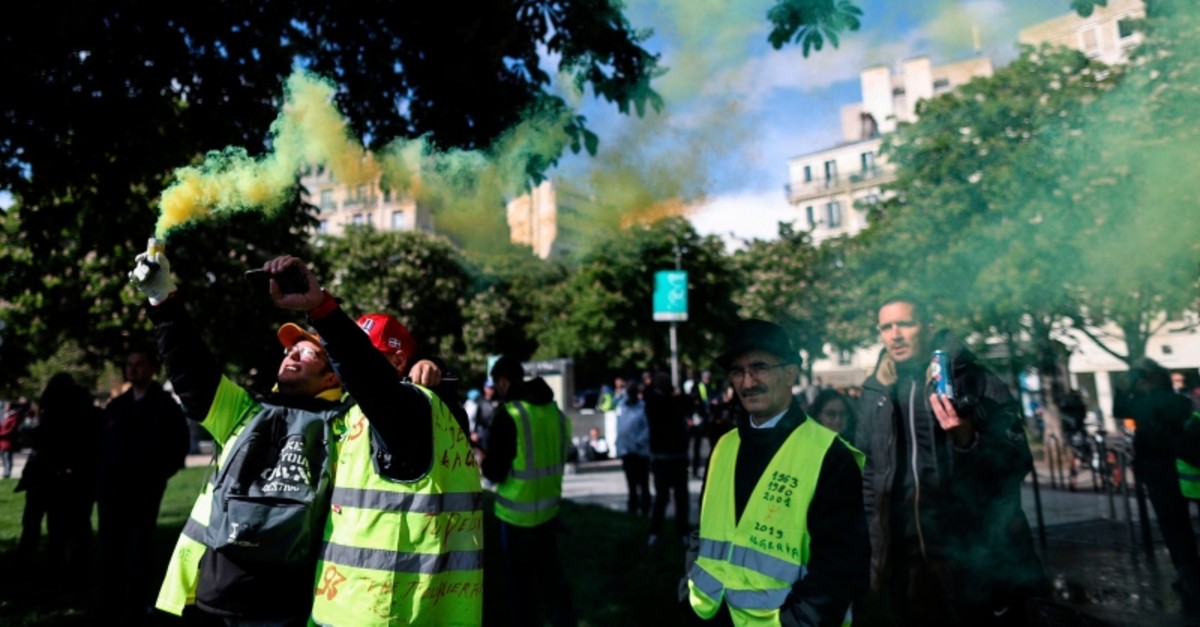 Protestors hold up a flare as they take part in a demonstration called by the Yellow vest (Gilets jaunes) movement on May 4, 2019 in Paris (AFP Photo)
by Associated Press May 05, 2019 12:21 am

Anti-government protesters marched in France for a 25th straight week Saturday but in significantly smaller numbers than during the yellow vest movement's first months or for a May Day rally that attracted tens of thousands of participants.

The Interior Ministry counted a total of 2,600 participants at three events in Paris and 18,900 in all of France, a low for Saturday protest marches, according to French media reports.

Security was visibly lighter than on Wednesday, when French officials deployed 7,400 officers from around the country to police the annual May Day march organized by labor unions.

The leaderless yellow vest movement sprang up in mid-November with workers who rely on their cars camping out at traffic circles to protest a hike in fuel taxes. They wore the high-visibility vests all French drivers must keep in their cars for emergencies.

It quickly expanded to encompass a range of economic issues and policies of French President Emmanuel Macron that were seen as favoring the rich.

Three lists of yellow vest candidates are running in a May 26 election for France's representatives to the European Union parliament.