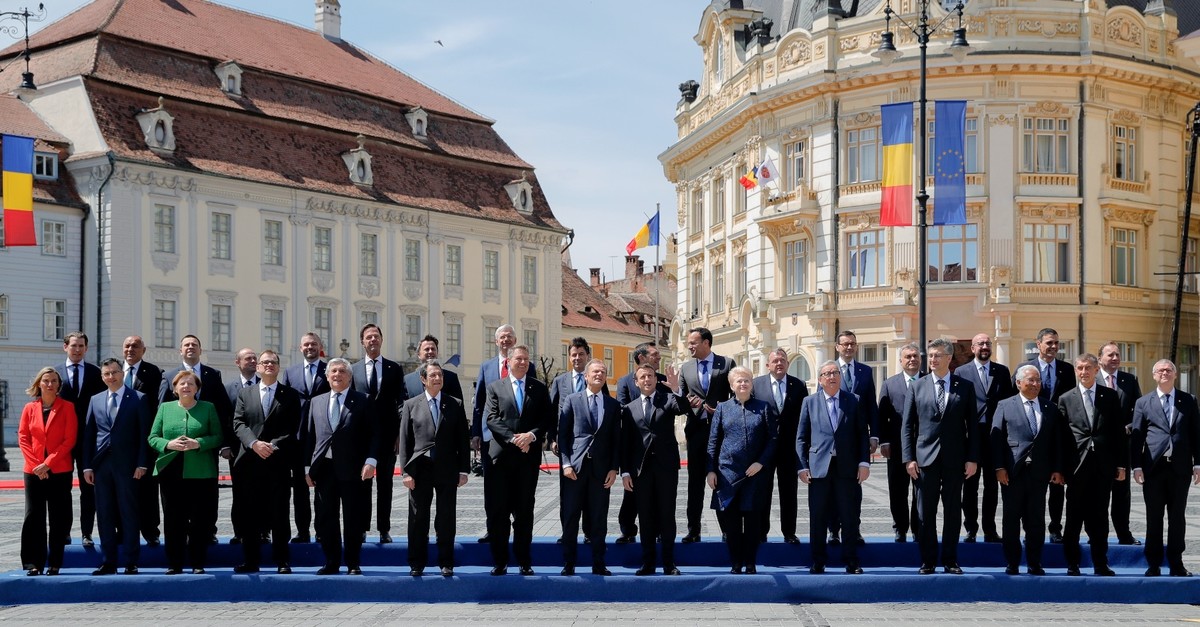 On Europe Day, EU leaders struggled to show a united front to save the future of the European project in the face of divisive issues ranging mainly from the migration crisis, a rising tide of populism and Brexit

The EU celebrated its birthday Thursday, while apparent divisions in European countries widen over many issues that make the future of the European project harder to achieve. In May 9, 1950, French Minister of Foreign Affairs Robert Schumann presented his declaration, which is considered to be the basic document for what would later become the European Union. European Commissioner Johannes Hahn wrote a celebration note on Twitter regarding Europe Day. "United in diversity: Happy Europe Day to all citizens in the EU, the Western Balkans Turkey and the European Neighborhood!" wrote Hahn.

The EU is facing problems and divisions that are playing out ahead of the European Parliament elections on May 23-26. The bloc is grappling with Brexit and a wave of populism and euroscepticism and faces external challenges from China to Russia to the U.S. How to deal with refugees and migrants remain the most politically divisive item. The dispute over the rule of law in Hungary and Poland are also seen as major factors of a deepening West-East divide.

Despite these facts concerning the future of the union, EU leaders met in Romania yesterday to hammer home their goal of staying united "through thick and thin" after the turmoil of Brexit while promising to "defend one Europe."

Nonetheless, the concept of an ever-closer union proposed by European Commissioner Jean-Claude Juncker, as well as leaders such as French President Emmanuel Macron and German Chancellor Angela Merkel, is widely unpopular and has been one of the most divisive issues on the continent; the key question is whether to revert to the EU's original mission of easy and practical cross-continental trade and peacekeeping or push further toward political union and an eventual, and possibly unaccountable, United States of Europe.

Initiatives pushed by the aforementioned leaders, such as the creation of a pan-European army and presumably, navy and air forces, have proved unpopular among citizens, and while support ranges from country to country, the responses are mostly negative.

Regarding the Franco-German treaty of Aachen, Germany and France are traditionally seen as the twin engines of the European project. The leaders of France and Germany have aimed to reinvigorate the European Union's main axis in the face of unprecedented pressure from Brexit, U.S. President Donald Trump's persistent attacks, nationalist governments in Italy, Poland and Hungary and growing far-right movements across the continent. Recent developments show that the four Visegrad Group countries, Poland, the Czech Republic, Slovakia and Hungary, hope to strengthen their ties with Washington, while the U.S., bypassing the Paris-Berlin axis, seeks greater influence in the region on issues where the key European powers strongly oppose Trump's policies.