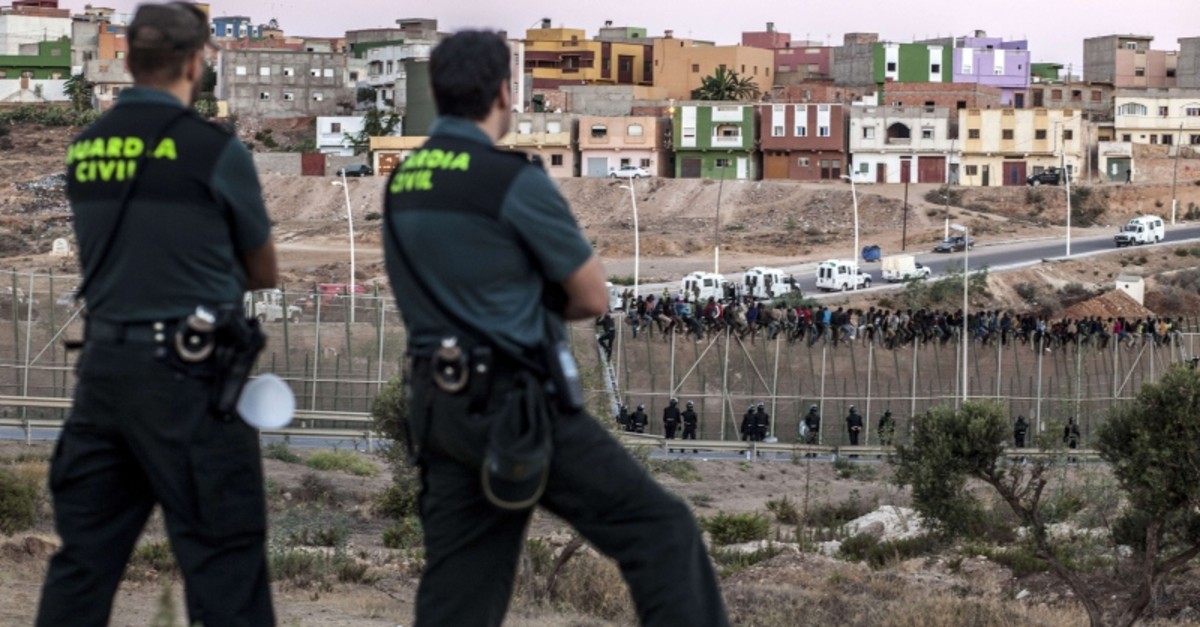 This Aug. 13, 2014, file photo shows Spanish Guardia Civil watching as would be immigrants from Africa sit atop a metallic fence that divides Morocco and the Spanish enclave of Melilla. (AFP Photo)
by Compiled from Wire Services May 12, 2019 4:02 pm

An official with the Spanish Interior Ministry in Melilla says four police officers and one migrant sustained light injuries as the group scaled the high fence around dawn Sunday.

The official spoke on condition of anonymity, in line with government rules.

About 100 migrants tried to storm the barbed wire fence at dawn but Spanish and Moroccan security force prevented "around half" from entering Melilla.

Video images published by local newspaper El Faro de Ceuta showed sweaters and jackets stuck to the razor wire that tops the border fence, left behind by the migrants.

The 52 who managed to enter Melilla were taken to a temporary migrant accommodation centre where they were given new clothes.

It was the biggest assault on the border between Melilla and Morocco since October 2018, when some 300 migrants stormed the fence. About 200 migrants manged to get into Melilla that time and one died of a suspected heart attack in the attempt.

Spain's proximity to North Africa has made it a target for migrants trying to reach the European Union. The migrants try to get in either by land via Spain's two North African enclaves or by crossing the Mediterranean Sea in small boats.

Spain became the leading entry point to Europe last year, with some 60,000 migrants arriving irregularly, almost all of them by sea.