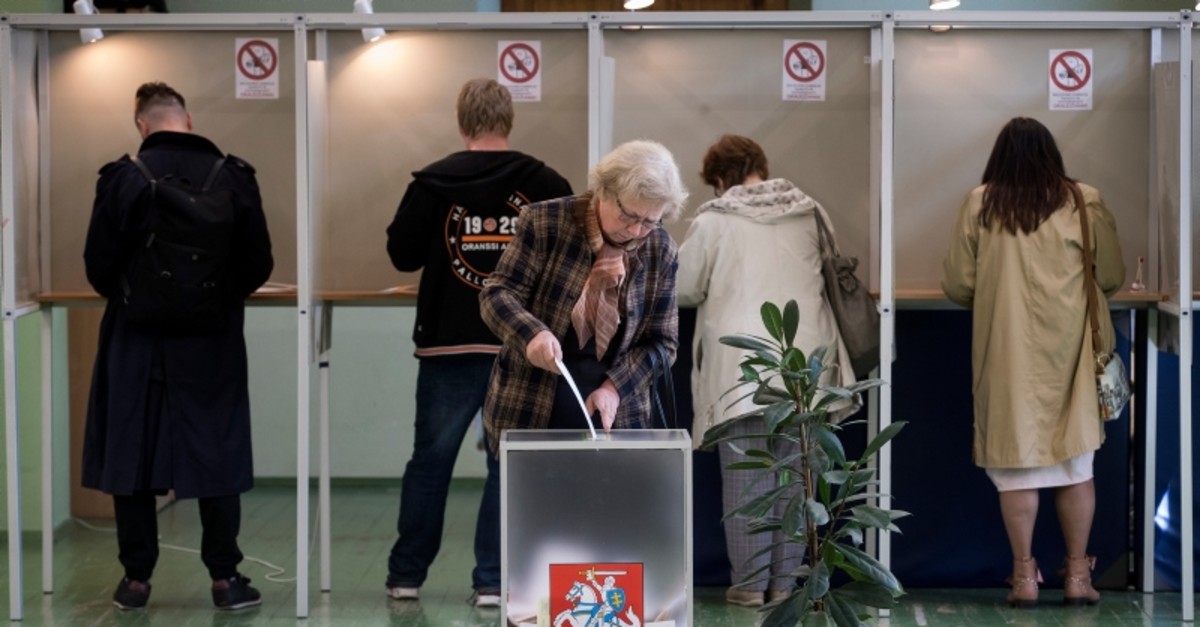 A woman cast her ballot during the first round of voting in presidential elections in Vilnius, Lithuania, Sunday May 12, 2019. (AP Photo)
by Associated Press May 13, 2019 1:48 am

Voting results from Lithuania's presidential election indicate a prominent economist and a former finance minister will advance to a runoff ballot later this month to pick a successor to incumbent Dalia Grybauskaite.

Lawmaker and former finance minister Ingrida Simonyte is second with 27.2%.

A candidate needed to win more than 50% of the votes to avoid a runoff.

Grybauskaite has served two maximum five-year terms as Lithuania's head of state since 2009.