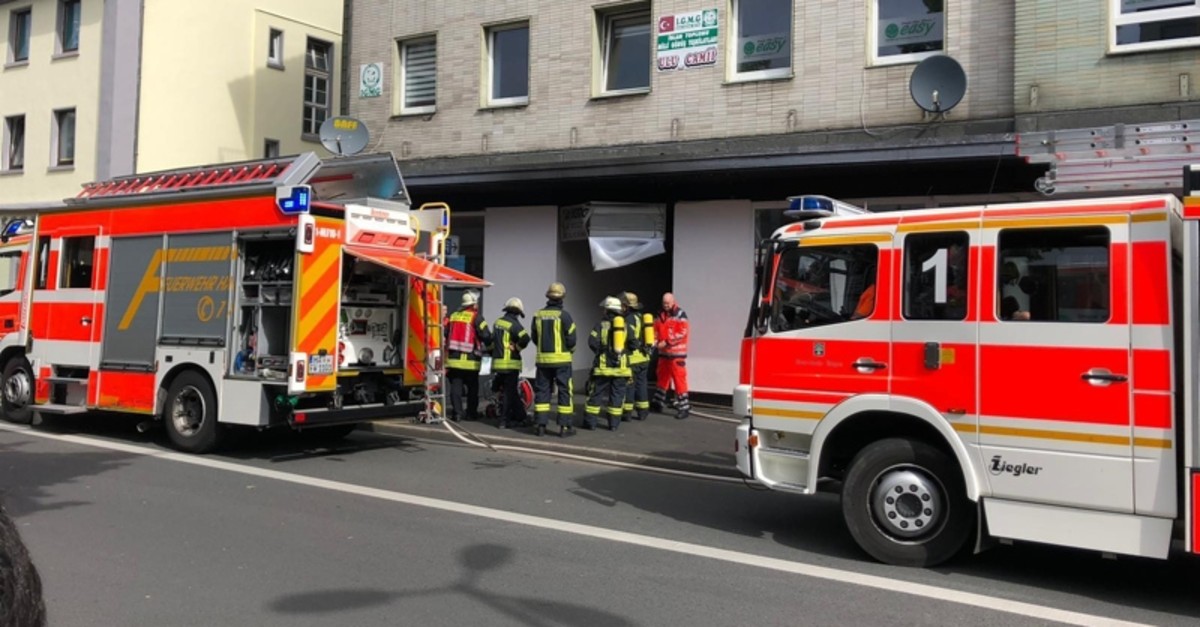 An unidentified arsonist did considerable damage to a mosque in Hagen, North Rhine-Westphalia, Germany, but there were no casualties, the mosque's head reported on Saturday.

Ömer Oral, the head of Hagen's Great Mosque Society, told Anadolu Agency that the arson attack took place at 10.00 a.m. when the assailant set fire to a trash dumpster and cartons outside, leading to significant material damage.

Underlining that he took comfort in seeing no loss of lives, Oral said: "Substantial damage was done to the entrance of the mosque. The mosque was filled with fog and smoke and all the furniture inside were ruined."

He went on to say that the surveillance cameras were checked by police and a suspect was seen "pulling something out his pocket" near the mosque entrance just before the fire started.

"We should reach out to the people around us and do a better job introducing ourselves and our faith," he said, adding that such attacks will never deter Muslims in Europe from practicing their religion.

The mosque belongs to the Islamic Community National View (IGMG), one of Germany's largest Muslim-Turkish associations.

IGMG has called for complete and thorough investigation into suspected arson attack.

"We urge the law enforcement authorities to conduct a swift and thorough investigation, to trace the perpetrators and put them behind the bar," IGMG's President Kemal Ergun said in a statement.

Germany has witnessed growing Islamophobia and hatred of migrants in recent years triggered by the far-right parties, which have exploited fears over the refugee crisis and terrorism.

Police recorded 813 hate crimes against Muslims last year. At least 54 Muslims were injured in the attacks, which were carried out mostly by far-right extremists.