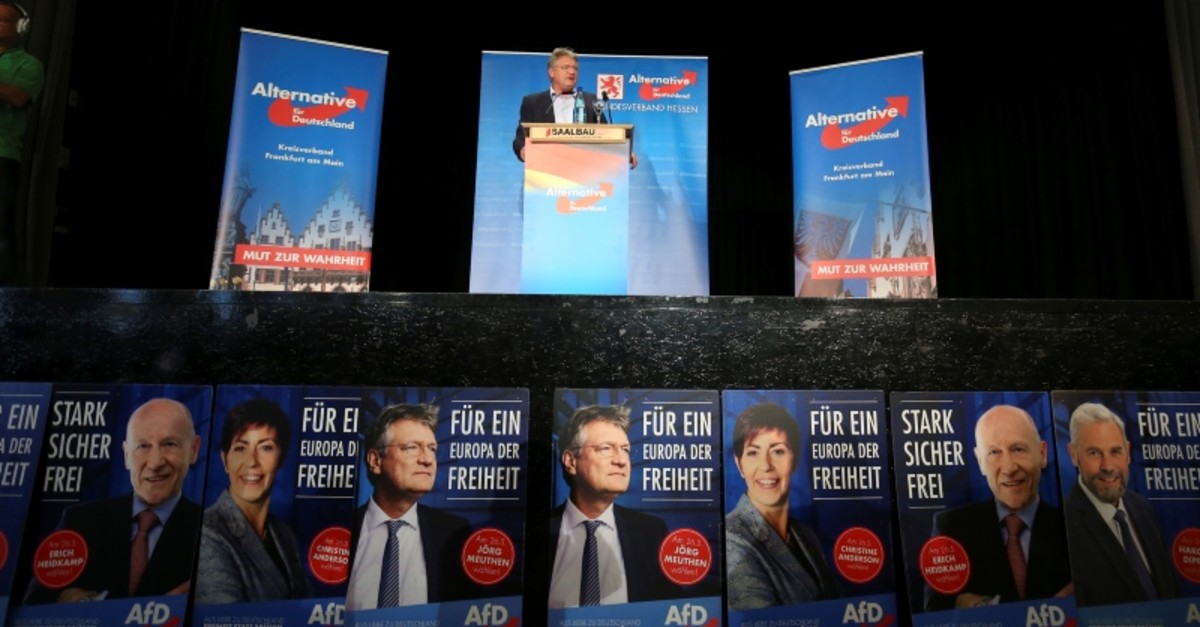 Voters were called out for a third day in EU parliamentary elections on Saturday as populists hoped to win a major breakthrough and disrupt European politics for the next five years.

Polls were open in Malta, Slovakia and Latvia, with most of the bloc's 28 member states -- including big players Germany, France and Italy -- to vote on Sunday.

More than 400 million people are eligible to elect 751 members of the European Parliament with the first official results to be announced late Sunday once voting in all EU countries is over.

Polling has shown for months that populists and the anti-immigration far right could make big gains in the vote, which will also help determine who replaces Jean-Claude Juncker as head of the European Commission as well as other top jobs.

An exit poll after voting in the Netherlands on Thursday, however, showed a surprise victory for pro-EU socialists, giving hope to establishment forces elsewhere in the bloc that the populist tide could be limited.

"To all our friends across Europe still campaigning, this one is for you too!" said Dutchman Frans Timmermans, the lead socialist candidate and one of the main contenders to replace Juncker.

Europhiles also had reason to cheer from an exit poll in Ireland that suggested Prime Minister Leo Varadkar's Fine Gael party, which is committed to closer EU integration, was in the lead.

Turnout is a major concern in the EU elections, with voters in Slovakia historically the least interested, having just 13 percent show up for the last polls five years ago.

Analysts said Slovakia would most likely send one far-right MEP to Strasbourg, where Czech voters -- who were voting for a second day on Saturday -- seemed set to hand victory to the ruling ANO, polls suggested.

Britain voted on Thursday, a day before Prime Minister Theresa May announced her resignation following a monthslong Brexit crisis, though the result will not be revealed until Sunday.

The Brexit Party, which was only set up this year by veteran eurosceptic MEP Nigel Farage, is expected to score a resounding win in the UK vote.

Britain was never supposed to have participated in the EU vote but May was forced to do so after delaying Brexit beyond the original date of March 29 because the UK parliament refused to approve the divorce deal.

On the far right, Matteo Salvini of Italy's anti-immigrant League and Marine Le Pen of France's National Rally (RN) want their Europe of Nations and Freedom (ENF) group to become the third largest in Brussels. The League has topped opinion polls in Italy.

Le Pen is seeking to strike a big blow to Emmanuel Macron's French presidency by overtaking his pro-European party Republic on the Move (LREM) and denying the young leader's ambition to shake up the EU.

Polls give her RN party a slight edge, with around 25 percent support against Macron's 22.5 percent.

"It is hard to overstate the importance of this week's European Parliament elections," said Mujtaba Rahman of the Eurasia Group.

"Besides determining the composition of the next Parliament, the results will also be critical in shaping the future character and profile of the European Union," he said.

The establishment is expected to remain strong in several countries, with voters from Spain to the former Soviet Baltic states showing solid backing for the EU.

In Germany, surveys put Chancellor Angela Merkel's CDU party -- a heavyweight in the EU-wide center-right EPP group -- in the first place, with the Greens second.