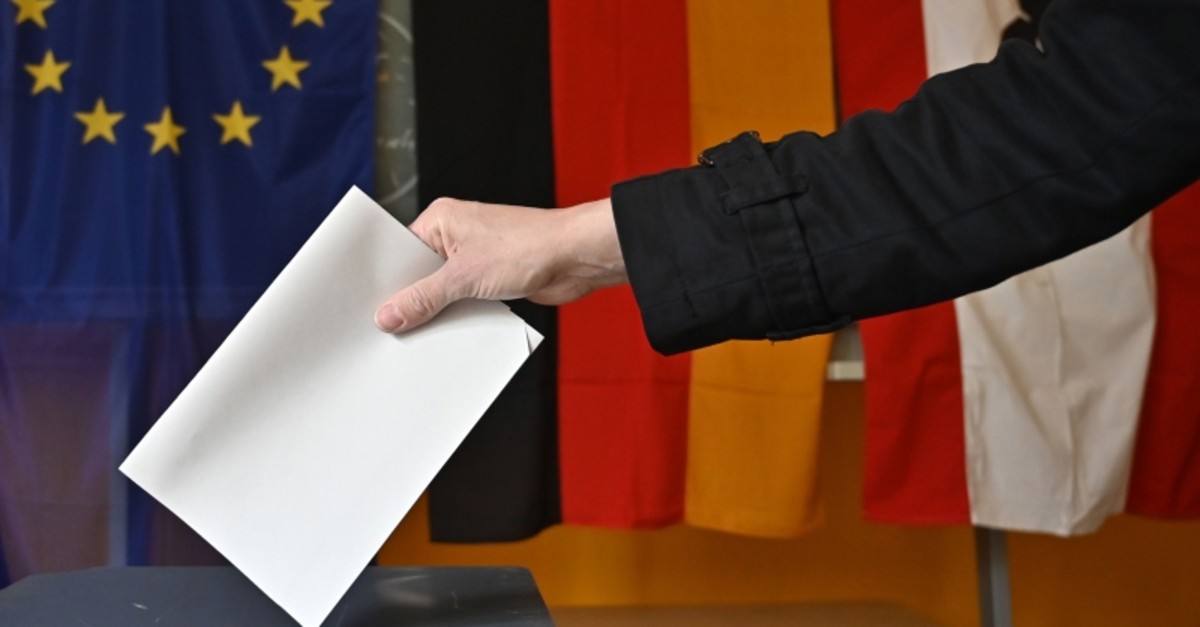 While the list of Merkel's center-right bloc led by ally Manfred Weber was on course to top the vote with around 28%, according to two separate exit polls by national broadcasters ARD and ZDF, the score was 8 percentage points off its previous low.

The evening turned out even more disastrous for Merkel's junior coalition partner, the Social Democratic Party (SPD), which was not only toppled from second place at European polls by the Greens, but also suffered a humiliating loss at state elections in its stronghold Bremen.

The Greens more than doubled its share of the vote, winning over from Merkel's CDU-CSU bloc more than a million voters who brought to the ballot boxes their demands for more action to halt global warming.

Meanwhile, the far-right AfD, which had hoped to ride on a wave of nationalism sweeping across Europe, only slightly improved its 2014 score of 7.1% to just past 10%.

Merkel and the chief of her Bavarian CSU allies Markus Soeder as well as SPD boss Andrea Nahles are due to hold talks on Monday to take stock of EU poll results.

But questions were already swirling about the future of their partnership.

"There will be a new debate on staying in the coalition," predicted Die Welt daily.

CDU general secretary Paul Ziemiak said the coalition "must go on so to maintain stability in Germany," stressing that for his party, "it's about the country and not party political questions."

For Nahles, the results show that "there is still a lot to do", stressing the need to push through with plans to bring about a climate bill by year's end.

But the Spiegel noted that the catastrophic results on Sunday may set off "a completely different dynamic: the anti-GroKo powers in the SPD win the upper hand and that leaves the future of the party and parliamentary group chief Andrea Nahles as open as that of the coalition."

The partnership between Merkel's Christian Democratic Union (CDU) and Bavarian allies the Christian Social Union (CSU) along with the SPD has been an uneasy one from the start.

The SPD, stung by a beating at general elections in 2017, had initially sought to go into opposition.

But it was reluctantly coaxed into renewing a partnership with Merkel's bloc, and many within the party remain wary of continuing to govern in Merkel's shadow while taking the fall for any unpopular policies.

With the party also losing the top spot in stronghold Bremen, rumblings of discontent against the leadership may yet grow louder.

Bremen may be Germany's smallest state, but the SPD holds it close to its heart as it is a region it has governed since the end of World War II.

With three major state elections coming up in eastern Germany in the autumn with the far-right on course for a strong showing, party chief Nahles' position may become increasingly untenable.

Already ahead of Sunday's vote, Bild am Sonntag quoted unnamed sources saying that veteran politician Martin Schulz was ready to stand against Nahles when the parliamentary chief post comes up for renewal in September.

Both Merkel's center-right and the SPD were also facing a new formidable challenge from the Greens.

Unlike in 2017, when parties in the coalition were punished over Merkel's decision in 2015 to let in more than a million asylum seekers, surveys show that the climate crisis has become the main worry for Germans this year.

Among 18-25-year-olds, 51% of Germans surveyed by YouGov said climate was their biggest concern.

School strikes by students joining young Swedish activist Greta Thunberg's protests on Fridays have given momentum to the cause.

But more damaging for Merkel's party was an online attack by a young German YouTuber Rezo days before the vote, raging that the CDU was not doing enough for the environment.

Put online on May 18, the clip had been viewed more than 11 million times by Sunday.

The CDU struggled for days to find a response and after initially reacting angrily against the YouTuber, finally on Thursday sought dialogue with him.

Raising the ante, Rezo along with 70 other influential YouTubers instead published an open letter urging people to shun the CDU, the SPD and the AfD at the polls.

The episode has exposed the CDU's struggle in capturing young voters.

According to ZDF's exit poll, 33% of under 30s chose the Greens, while only 13% picked the CDU in Sunday's EU vote.