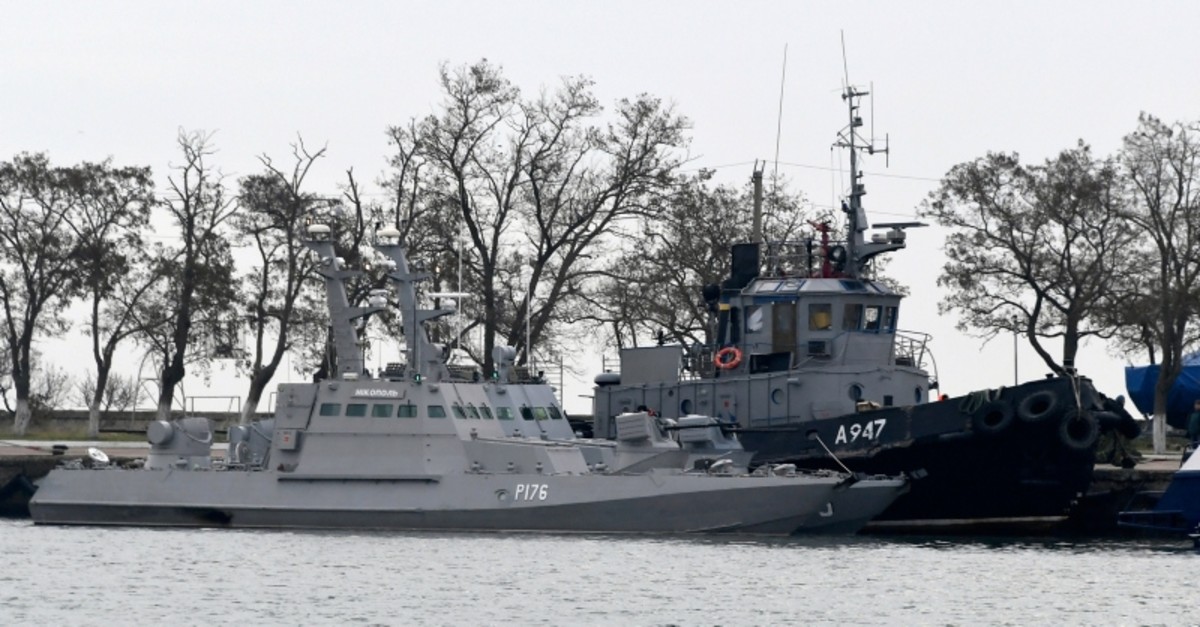 A Moscow court on Monday upheld extending the arrest of 24 Ukrainian sailors seized by Russia off Crimea last year, defying an international tribunal that had urged their immediate release.

The Moscow City Court declined an appeal against the extension of the sailors' detention until July, filed by their lawyers.

Russia in November fired on and seized three Ukrainian navy vessels, capturing two dozen sailors near the Kerch Strait, as they tried to pass from the Black Sea to the Azov Sea.

It was the first open military clash between Kiev and Moscow since 2014, when Russia annexed Crimea and a pro-Russian insurgency erupted in eastern Ukraine.

On Saturday, the International Tribunal for the Law of the Sea, based in the German port city of Hamburg, urged Russia to "immediately" release the sailors and return them to Ukraine.

The tribunal was established by the 1982 United Nations Convention on the Law of the Sea.

Peskov claimed that the convention did not apply in the current case.

Ukraine had taken the case to the tribunal last month.

Russia said it does not recognize the Hamburg-based court's jurisdiction and did not send representatives to the hearings.

Moscow accuses the sailors of violating its maritime borders.

If convicted, the Ukrainian sailors face up to six years in prison, lawyers have said.

Saturday's ruling by the international tribunal had been hailed as a victory in Kiev.

Ukraine's new President Volodymyr Zelensky said at the weekend that if Russia complied with the tribunal's demand to release the sailors that "could be the first signal from the Russian leadership about a real readiness to end the conflict with Ukraine."