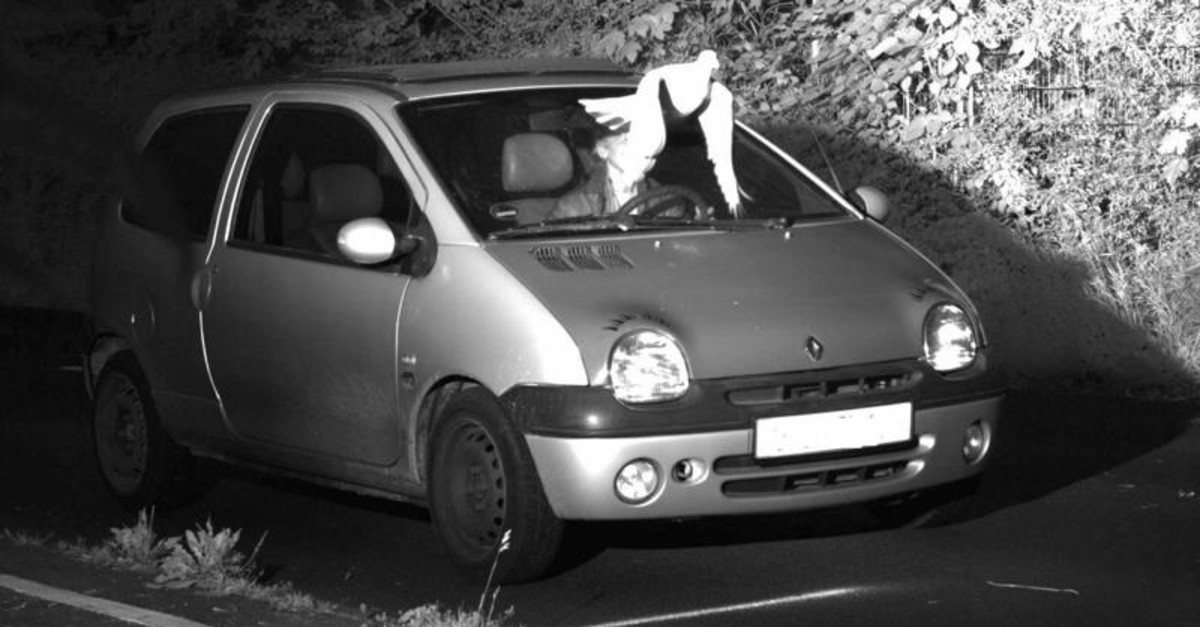 There is a German saying - to have "tierisches Glueck," or "animal luck" - that applies perfectly to the case of a man who escaped a fine as a bird flew in front of a speed camera, blocking his face in the photo.

Police said the car was driving 54 kilometers per hour in a 30-kilometer zone in the western German town of Viersen last week. The speeding would have cost the driver 105 euros (117 dollars), if only they could have been properly identified.

The speeding prompted a camera to snap a picture of the car and driver, except that police said a "guardian angel" flew in front of the car's windscreen and spread its wings at exactly the right moment, blocking the driver's face from view.

Police took the failed fining opportunity in their stride, in a statement suggesting that the "Holy Spirit" may have been looking to send a message ahead of the Christian Pentecost holiday in June. "We have understood the sign and will leave the speeder in peace this time," the statement said.

"Really, the pigeon deserved a fine too, as it was clearly speeding," police added. "But since we cannot determine where it needed to be so promptly for Pentecost, we will show mercy before the law here too."