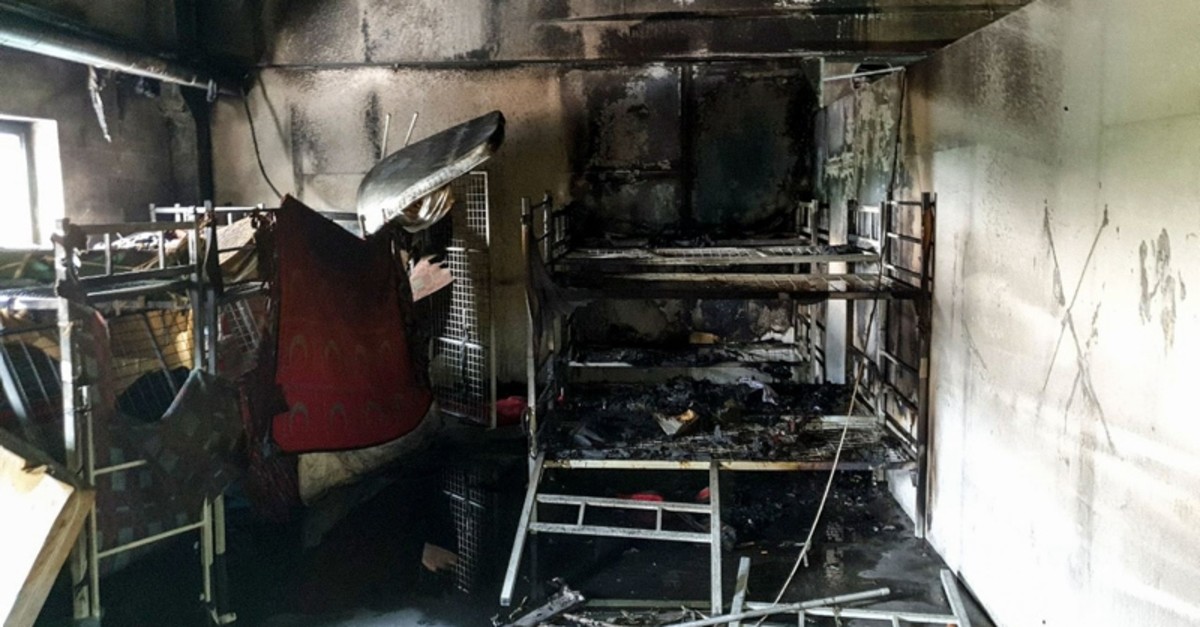 Bosnian police say a fire has engulfed a migrant center in the northwest of the country, leaving 29 people hurt either from burns or injuries after they jumped from windows to escape the flames.

Police say the fire erupted early Saturday in the center located in Velika Kladusa, which hosts hundreds of migrants stuck in the Balkan country while trying to move toward Western Europe.

The cause of the fire was not immediately known. Local media aired video footages showing people jumping out through the windows amid thick gray smoke surging from the building.

Police say 29 migrants have been taken to nearby hospitals for checkup and treatment.

"We know at this time that there are 29 wounded, but we don't know the extent of the injuries," ​said Ale Siljdedic, spokesman for the regional interior ministry.

Around 500 migrants were in the shelter at the time, he said. The fire may have been an accident as those sleeping tried to warm themselves against an unusually cold period, he said.

It was the second blaze in recent weeks to hit a place where migrants were staying in Bosnia.

Three weeks ago, three migrants died when a candle they were using set fire to the abandoned building they were in, according to Indira Kulenovic, a manager for Bosnia operations of the International Federation of Red Cross and Red Crescent.

Since early 2018 Bosnia has found itself on the "Balkans route" used by migrants seeking to enter EU countries. Around 3,500 migrants are housed in eight shelters, mostly in the northwest, close to the border with EU member Croatia.