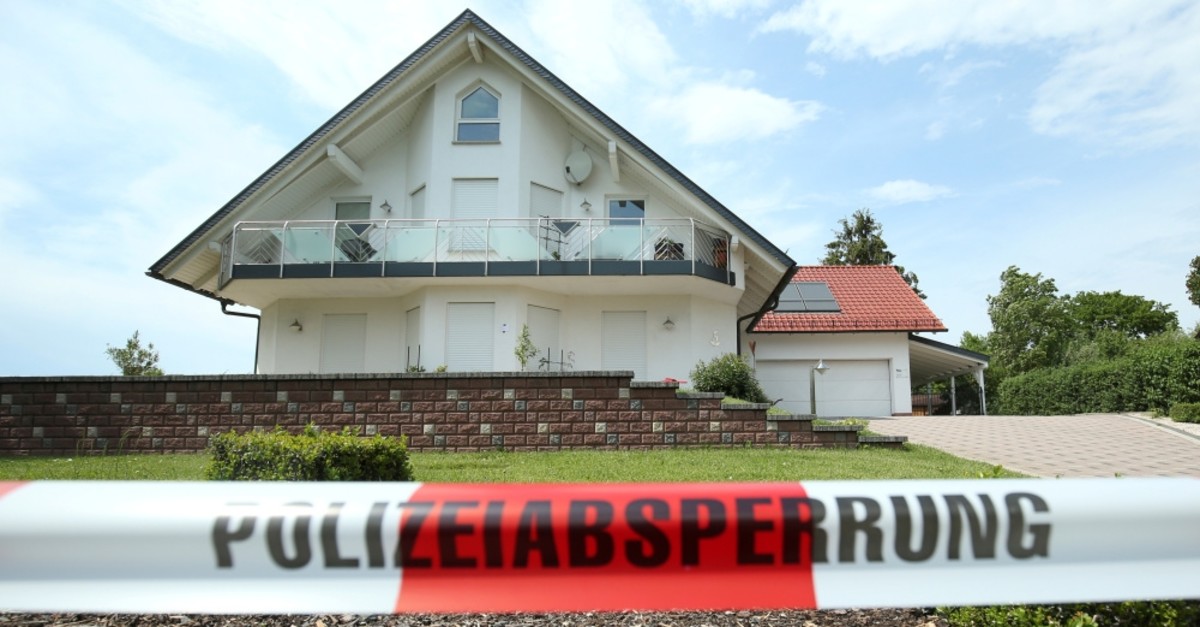 A neo-Nazi's arrest in the Kassel politician's murder case has fueled debate in Germany on whether the country has failed to take seriously a rising threat from neo-Nazi terrorism. Walter Lübcke, of Chancellor Angela Merkel's conservative Christian Democrats, was shot dead in the early hours of June 2 on the terrace of his home near Kassel, 160 kilometers northeast of Frankfurt. The murder marks post-war Germany's first killing of a politician by a far-right perpetrator.

A man in custody, identified only as 45-year-old Stephan E., is believed to have killed Lübcke. He had repeatedly come to police attention for other acts of violence, weapons and property offences, the magazine reported, adding that he was also believed to have had connections with the neo-Nazi NPD party. News channel NTV meanwhile linked the suspect to a neo-Nazi group established in the U.K., Combat 18, the number of which stands for the first and eight letters of the alphabet, the initials of Adolf Hitler. The German chapter of the group was considered one of the most dangerous neo-Nazi organizations in the country.

The manner of the killing, a close-range shot to the head, also recalled the series of killings by the only neo-Nazi terrorist group, National Socialist Underground (NSU). The central German city of Kassel was the location of a notorious NSU murder in 2006. The far-right terrorist killed eight Turkish immigrants, one Greek citizen and a German police officer between 2000 and 2007, but the murders have long remained unresolved.

Interior Minister Horst Seehofer, who called the killing an "alarm bell" for Germany, acknowledged that "right-wing extremism is a significant and serious danger for our society." Since Lübcke's death, hundreds of posts from social media accounts tied to right-wing extremists have hailed his murder, in turn drawing strong condemnations from President Frank-Walter Steinmeier and other politicians.

For the left-leaning Taz daily, the case "must be a turning point." "We must speak about far-right terror, and in a very different way than before," it warned, stressing that words must also be backed up by action to counter the threat. "We need a rigorous procedure against right-wing militants and their structures, and also against the digital mob and the verbal lashing from [anti-Islam group] Pegida to [the far-right party] AfD."

Security officials attached to the Interior Ministry are tracking the growing risk of violence from far-right extremists – who number approximately 24,000 in Germany, fully half of whom are thought to be potentially violent – according to a parliamentary reply made public last month.

Among the 12,700 seen as prepared to commit acts of violence, there are some with an "affinity to weapons," according to a response to a query from Konstantin Kuhle, spokesman for the interior for the minority liberal opposition party, the Free Democrats (FDP). Speaking to the Neue Osnabruecker Zeitung newspaper, Kuhle called for "a new concept to counter radicalization over the internet." According to the ministry's response, right-wingers are using the internet to communicate via social networks and messaging services. As support for the far-right has increased over the last four years, German authorities are increasingly concerned over growing right-wing terrorism in the country. Lately, a secret report by the Federal Office for the Protection of the Constitution (BfV) revealed in May that right-wing extremists are preparing for "a civil war scenario" by training to use firearms and explosives. Those people are collecting firearms and other supplies in preparation for "a civil war" or "a feared collapse of public order" in the country.