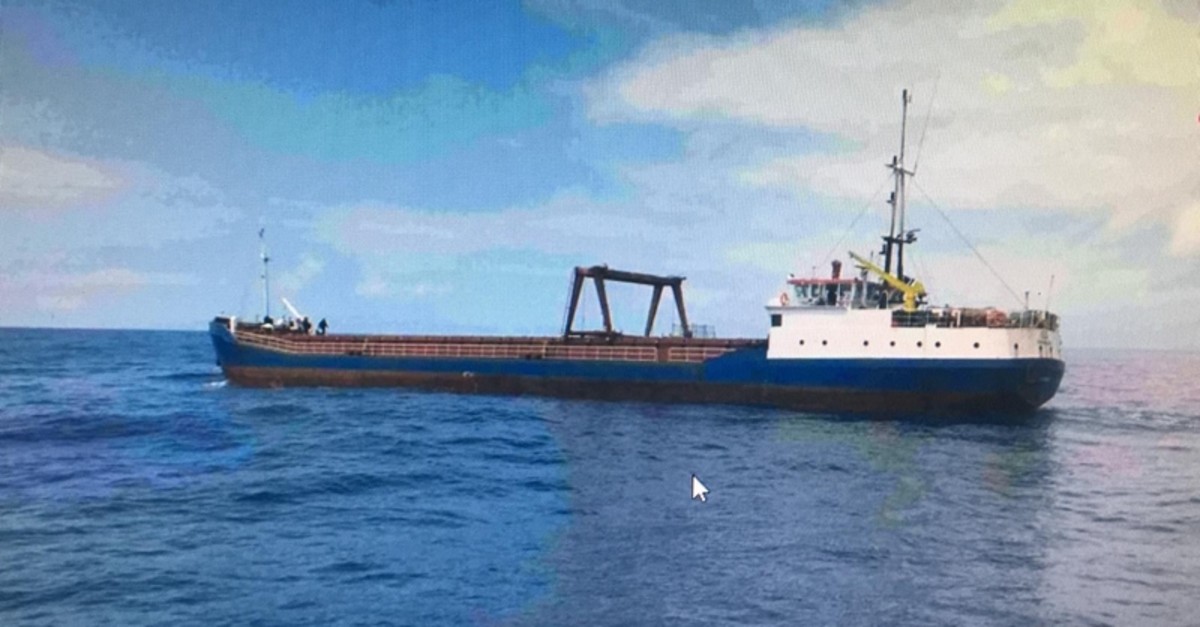 Italian and Spanish law enforcement officers have seized 12 tons of hashish from a merchant ship in the Mediterranean Sea off the shores of Algeria upon intelligence provided by Turkish police, Turkey's Interior Ministry said in a statement Wednesday.

The anti-narcotics branch of Turkey's Security General Directorate provided information to their Italian and Spanish counterparts about a ship carrying a large amount of drugs from North Africa to the eastern Mediterranean.

The crew members, which were identified as Ukrainian nationals, were later arrested.

The value of the drugs seized is said to be around $22 million. 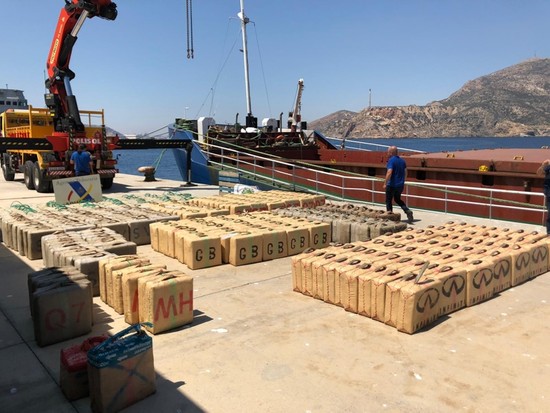 Turkey is a transit country for drugs moving between Europe, the Middle East, Asia, and Africa and it also hosts smugglers bringing cannabis and its derivatives to European countries. Occasionally, counter-narcotics police conduct operations in international waters to curb trafficking. In 1993, a joint operation with the United States targeted two ships operated by Turkish drug runners in the Mediterranean Sea, seizing 14 tons of heroin. The crew of one of the ships deliberately sank it with more than 3 tons of heroin onboard when security forces closed in. In January 2016, Operation Albatross by Turkish police some 35 miles off the coast of Libya seized a Bolivian-flagged cargo vessel loaded with 13 tons of heroin, capturing nine suspects.

More recently, a joint operation by the Turkish National Police, Gendarmerie Command and Coast Guard Command in April managed to capture five tons of powdered marijuana bound for Turkey off the coast of Libya in the Mediterranean.