Democracy in Germany under threat from far-right terrorism 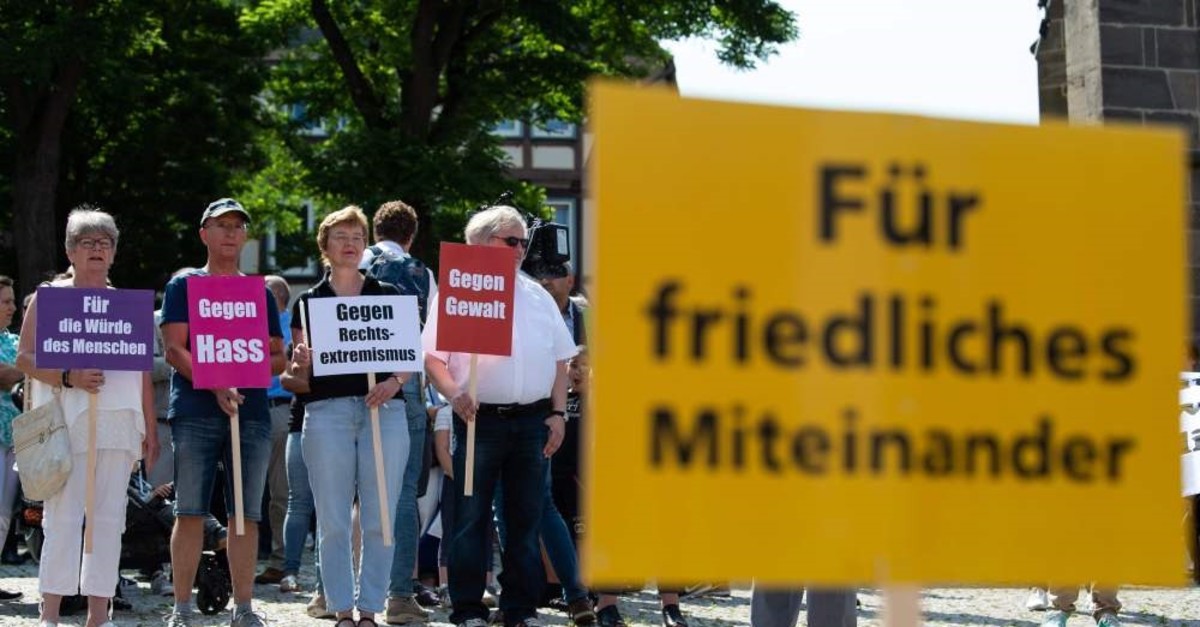 In a bid to reveal the extent of growing far-right violence in the country, German President Frank-Walter Steinmeier warned that German democracy is being threatened by right-wing terrorism

The assassination-style murder of a pro-migrant German politician by a far-right extremist is considered an "alarming signal" for democracy in Germany, while raising fears of growing far-right terrorism in the country.

German President Frank-Walter Steinmeier called on society to resist hatred and agitation following the murder of local politician Walter Luebcke. "When today the representatives of our democracy, above all the volunteers, when mayors and local politicians are insulted, threatened and assaulted, that is an alarm sign for our democracy," he said at a reception on the occasion of the 100th anniversary of the citizens' initiative German War Graves Commission.

Walter Lübcke, of Chancellor Angela Merkel's conservative Christian Democrats, was shot dead in the early hours of June 2 on the terrace of his home near Kassel, 160 kilometers northeast of Frankfurt. A neo-Nazi's arrest in the Kassel politician's murder case has fueled debates in Germany on whether the country has failed to take the rising threat from neo-Nazi terrorism seriously. The murder marks post-war Germany's first killing of a politician by a far-right perpetrator.

Steinmeier explicitly addressed the killing: "It must embarrass us and must not let us rest because we could not protect Walter Luebcke," he said. The danger of terrorism from the right must never again be underestimated. "A danger, however, is not only the right-wing extremist violent offender who has his finger on the trigger, but also a climate or networks in which people feel legitimized or even encouraged to commit such acts." The manner of the killing, a close-range shot to the head, resembled a series of killings by the only neo-Nazi terrorist group, the National Socialist Underground (NSU). The central German city of Kassel was the location of a notorious NSU murder in 2006. The far-right terrorists killed eight Turkish immigrants, one Greek citizen and a German police officer between 2000 and 2007, but the murders have long remained unresolved.

Interior Minister Horst Seehofer, who called the killing an "alarm bell" for Germany, last week acknowledged that "right-wing extremism is a significant and serious danger for our society." Since Lübcke's death, hundreds of posts from social media accounts tied to right-wing extremists have hailed his murder.

Germany is home to some 12,700 potentially violent far-right radicals, according to the Federal Office for the Protection of the Constitution (BfV) domestic intelligence agency. A Civey poll this week showed 60 percent of Germans think the government is "doing too little" to tackle the problem. As support for the far-right has increased over the last four years, German authorities are increasingly concerned over growing right-wing terrorism in the country. Lately, a secret report by the BfV revealed in May that right-wing extremists are preparing for "a civil war scenario" by training to use firearms and explosives. Those people are collecting firearms and other supplies in preparation for "a civil war" or "a feared collapse of public order" in the country.