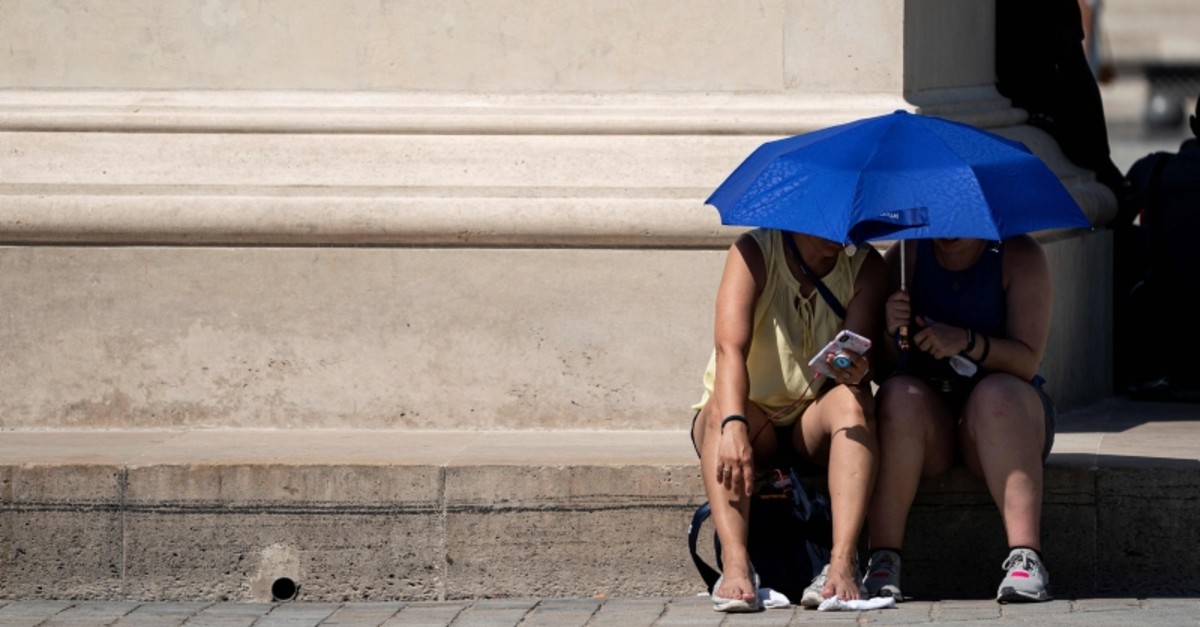 Schools are dousing kids with water and nursing homes are equipping the elderly with hydration sensors as France and other nations battle a record-setting heat wave baking much of Europe.

Several people have died around the continent in incidents that authorities are linking to the exceptional weather. A major wildfire raged Friday in Spain, sparked when a pile of chicken dung spontaneously combusted in the heat.

Several countries have reported record temperatures this week, and France hit its all-time heat record Friday: 45.1 C (113 F) in the small southern town of Villevieille, according to French media.

The French national weather service activated its highest-level heat danger alert for the first time, putting four regions around Marseille and Montpellier in the south of the country under special watch Friday.

Those schools that stayed open worked to keep kids cool. Teachers at the Victor Hugo Primary School in Colombes near Paris abandoned suffocating classrooms and are keeping children outside all day, spraying them with water and organizing quiet activities in the shade.

"I make them go in the playground with books, in the shade, they must stay seated," said teacher Valerie Prevost. "We tell them to dampen their caps, to drink regularly."

About 4,000 schools closed because they couldn't ensure safe conditions, and local authorities canceled many end-of-school-year carnivals.

Some criticized the government for going overboard, but Prime Minister Edouard Philippe defended the efforts after 15,000 people died in a heat wave in 2003 that woke France up to the risks.

"This heat wave is exceptional by its intensity and its earliness," he told reporters.

"Measures have been taken for the most vulnerable people," he said "But given the intensity of the heat wave, it's the entire population who must be careful today ... both for oneself and for loved ones and neighbors."

An 80-year-old man collapsed and died in the street in Valladolid, in northwest Spain, the agency said, and a 17-year-old boy died in the southern city of Cordoba after diving into a swimming pool and losing consciousness.

Four people have drowned so far in France this week, and a 12-year-old girl drowned in a river near Manchester, England. France's health minister and British police warned people to swim only in authorized areas.

France has also seen an uptick in so-called street-pooling, or illegally opening fire hydrants. A 6-year-old child is in life-threatening condition after being hit by water shooting from a cracked-open fire hydrant in the Paris suburb of Saint-Denis, broadcaster France-Info reported.

More than 600 firefighters and six water-dropping aircraft were battling the worst fire in two decades in the Catalonia region Friday, as Spain is forecast to endure the peak of its heat wave, with temperatures expected to exceed 40 degrees Celsius (104 Fahrenheit).

In Berlin, a police unit turned water cannons — usually used against rioters — on city trees, to cool them down.