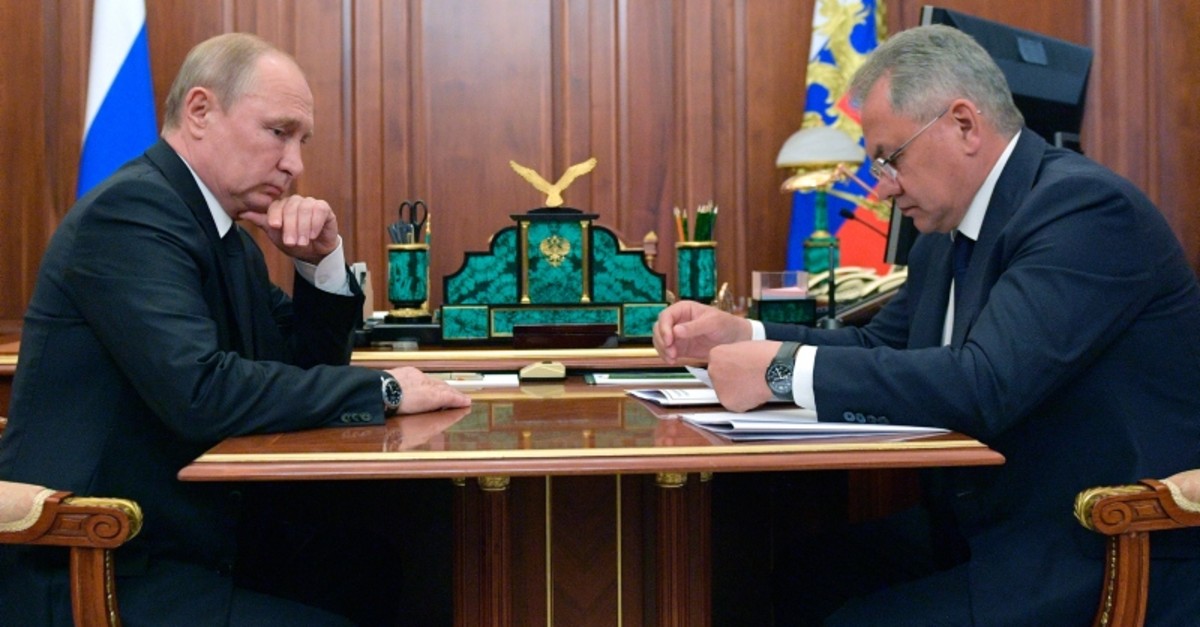 The Kremlin on Wednesday refused to reveal the full story of a fire that killed 14 officers on what was reportedly a nuclear-powered mini-submarine, saying the details of the tragedy were a "state secret."

But under apparent pressure from critics, the defense ministry did eventually publish the names and photographs of the victims who it said had saved "their comrades and the deep-sea submersible" at the expense of their lives.

Defense Minister Sergei Shoigu said there were survivors of the accident, without specifying numbers.

The seamen died on Monday as a result of poisoning from the fumes of the fire on a submersible in the Barents Sea in Russia's territorial waters, but the accident was only made public on Tuesday.

The tragedy in the far north has echoes of the sinking of the Kursk submarine in 2000, also in the Barents Sea, that claimed 118 lives and shook the first year of Vladimir Putin's presidency.

Officials have released little information, saying the crew of a research submersible was studying the sea floor in the interests of the navy. But Russian media reported the ship was a top-secret nuclear-powered mini-submarine.

"It is completely normal when this kind of information is not made public," he said.

President Putin did not go to a military base in the northern city of Severomorsk where the vessel is now, dispatching Shoigu instead.

The Kremlin also did not declare a nationwide day of mourning for the victims.

The US embassy in Russia expressed its "deep condolences" to the families of the sailors.

Several media outlets including independent newspaper Novaya Gazeta said the accident took place on an AS-12 nuclear mini-submarine, which is capable of going to extreme depths.

Little is known about it and no official photographs of the vessel are available.

Conceived in the Soviet era and launched in 2003, the AS-12 is apparently carried by a "mother" submarine and is designated for research and special military operations.

Its hull is reportedly built of titanium orbs, earning it the nickname "Losharik" --- a winsome toy horse made of juggling balls in a Soviet-era cartoon.

The acting governor of Saint Petersburg, Alexander Beglov, said the crew was based in the city.

The presence of many senior ranking officers on board could suggest the submarine was not on an ordinary assignment, experts said.

They described the crew as an elite unit of highly-skilled professionals.

Putin has said the victims included seven Captain First Rank officers -- the most senior staff officers in the Russian navy -- and two have been awarded Hero of Russia, a top title given out by the president.

Shoigu -- who was on Wednesday in Severomorsk, the restricted-access military port in the Russian Arctic -- said those on board were "unique military specialists" and the crew acted "heroically".

After evacuating a civilian, the crew closed the hatch to halt the spreading of flames, Shoigu added.

"They fought for the ship to survive until the end," he said, adding that the seamen would be posthumously given state awards.

Orthodox cathedrals in the Arctic city of Murmansk and in Kronstadt, a town and naval base in the Gulf of Finland, will hold services in their memory.

The navy was reportedly considering burying the victims in Saint Petersburg's historic Serafimovskoye cemetery, near the graves of those who died in the Kursk submarine.

In August 2000, the Kursk submarine sank in the Barents Sea with the loss of all 118 aboard.

An inquiry found that a torpedo had exploded, detonating all the others.

Putin, who stayed on holiday for several days after the disaster, was severely criticized for his response.

A military expert, who spoke to AFP on condition of anonymity, rubbished claims that the fire on Monday happened during scientific research.

"Usually it's a cover for different type of work conducted on the seabed" like laying or tapping cables, the expert said.