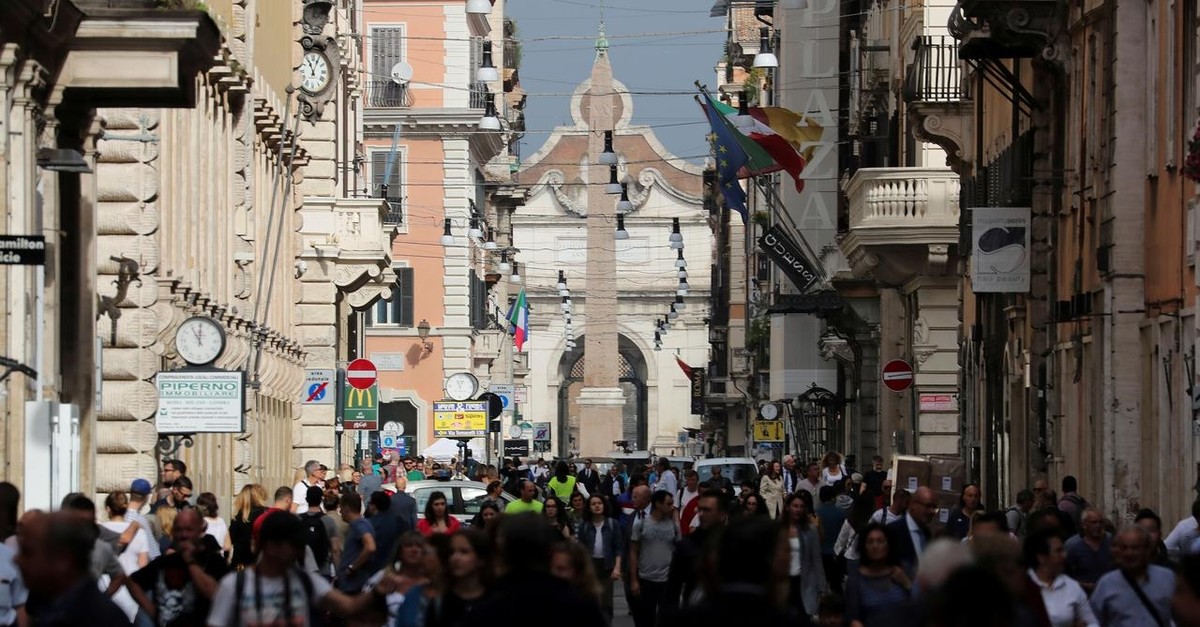 The number of babies born in Italy hit a new record low in 2018, the population shrank and the average age crept higher, national statistics office ISTAT said on Wednesday.

Italy's demographic crisis, with a shrinking population and aging workforce, is one reason for its chronically stagnant economy, economists say -- and the situation is getting worse.

The total population fell by 124,000 to 60.36 million, the fourth straight year of decline, meaning that since 2014 Italy has lost some 400,000 residents, the equivalent of its seventh largest city, Bologna.

The anti-austerity government which took office a year ago has boosted welfare spending and vowed to cut taxes in a bid to improve families' stagnant incomes which it says contributes to their reluctance to have babies.

"We are in a terrible state," Matteo Salvini, interior minister and leader of the right-wing League commented on ISTAT's report on demographic trends.

"This is the real crisis, not the bond yield spreads or the economic crisis," he added.

The number of Italians moving abroad rose 1.9% year-on-year, in 2018, while new residents from abroad decreased by 3.2%.

Foreigners accounted for 8.7% of the resident population at the end of last year, meaning Italians amounted to 55.1 million.

That is down 677,000 compared with 2014, the equivalent of the population of Palermo, Italy's fifth largest city.

Bolzano, on the northern border with Austria, was the only Italian province in which births exceeded deaths last year, while the death rate was highest in the northwestern coastal region of Liguria.