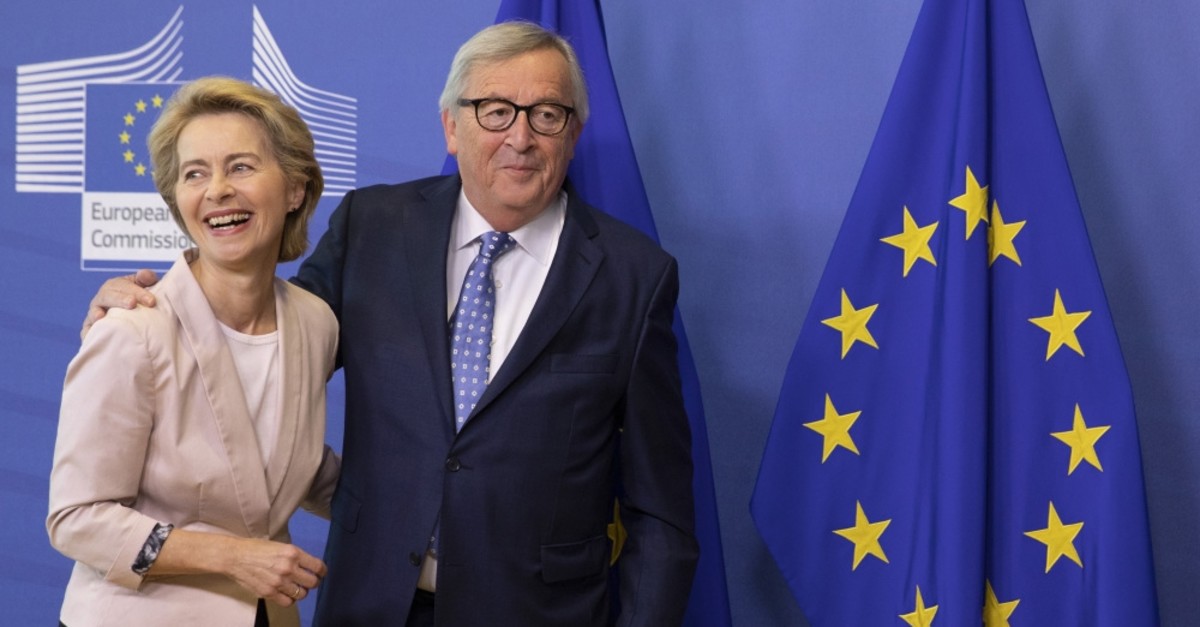 As the EU finally reached agreement on a number of key appointments, eastern members of the bloc have been left out after May's European Parliament elections. No candidate from the ex-communist east will now head up any key EU institutions over the next five years following marathon negotiations that have highlighted the bloc's growing divisions. Addressing the EU assembly yesterday, European Council President Donald Tusk urged that candidates from the eastern member states be represented in second-tier jobs yet to be filled. For the top executive jobs, Germany's scandal-plagued Ursula von der Leyen has been nominated to lead the Commission and France's Christine Lagarde will head the European Central Bank.

The other positions at the helm of the European Parliament and EU diplomacy, as well as Tusk's soon-to-be-vacant post, went to Italian lawmaker David Sassoli, Spain's acting foreign minister Josep Borrell and Belgium's liberal caretaker prime minister, Charles Michel, respectively. The leaders' tortuous deliberations highlighted the splintering of the pro-European center in the EU and its implications for future decision-making in the world's largest trading bloc with its half a billion people.

The Visegrad-4 have become increasingly at odds with the EU, refusing to help host refugees reaching Europe or striking down more ambitious climate goals, citing their economic unpreparedness. The EU bloc is grappling with Brexit and a wave of populism and euroskepticism and faces external challenges from China to Russia to the U.S. How to deal with refugees and migrants remains the most politically divisive item.

The disputes over the rule of law in Hungary and Poland are also seen as major factors of a deepening West-East divide. Recent developments show that the four Visegrad Group countries, Poland, the Czech Republic, Slovakia and Hungary, hope to strengthen their ties with Washington, while the U.S., bypassing the Paris-Berlin axis, seeks greater influence in the region on issues where the key European powers strongly oppose Trump's policies.

After struggling to get his way in Brussels for much of the past two years, Emmanuel Macron can claim a rare victory in brokering a deal on Europe's new leadership team, in a sign the French president might wield greater influence in coming years. The line-up for key power-brokering roles in the bloc has a distinctly French flavor.

His firm opposition to German Chancellor Angela Merkel's favorite candidate, Manfred Weber and his months-long, outspoken campaign against the Spitzenkandidaten system of predecided leading candidates for the European Commission has revealed burgeoning accusations of anti-German behavior. With Chancellor Merkel at the end of her time in office, Macron can claim the mantle of de facto EU leader, according to experts. But by offering Germany the possibility to have its first German national at the head of the European executive since the 1960s, he can claim to have put Europe before party. Still, Macron will still face opposition from the Visegrad group of eastern European nations on the rule of law or immigration.

The French President had struggled to push through his ambitious agenda for further integration in the euro zone and had found himself isolated on issues such as Brexit and trade policy, hitting opposition from Berlin and pro-austerity northern European countries. But since European Parliament elections in May, which gave Macron's party a decisive say in the liberal Renew Europe grouping that is indispensable to form a majority, the French president now has enough allies to make himself heard, according to reports.