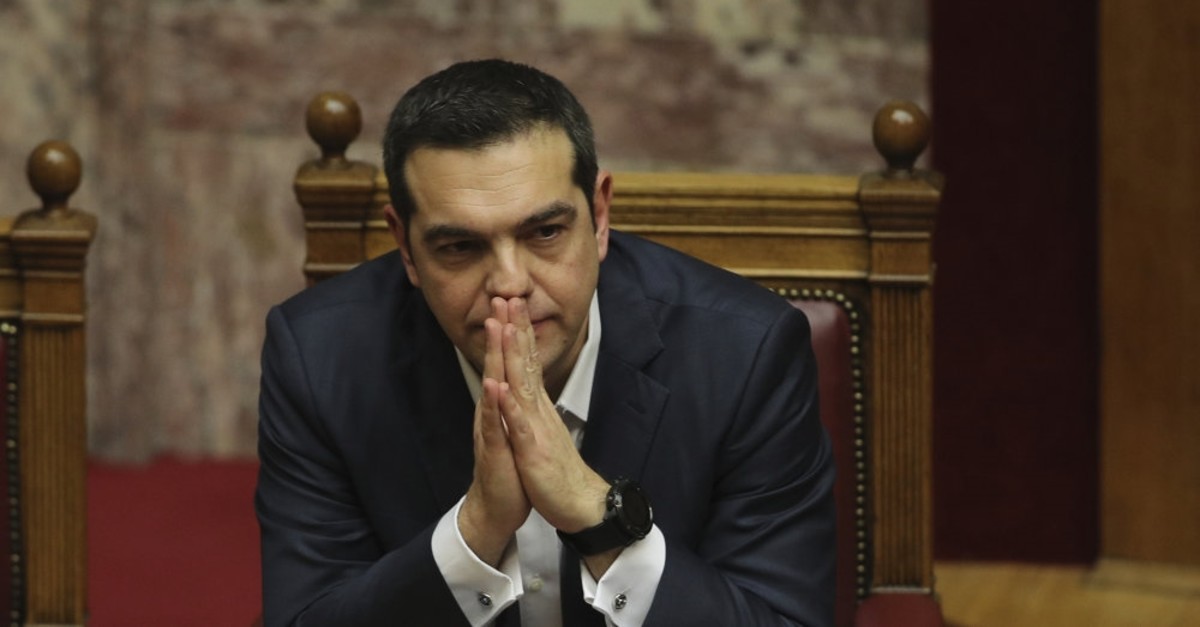 As Greek voters head to the polls on Sunday in a snap parliamentary contest, the latest polls out of Athens indicate that Alexis Tsipras' leftist SYRIZA party is expected to not get more than 27 or, at most, 30 percentage points, as opposed to the 36 percent of the main opposition party, the conservative center-right New Democracy, led by Kyriakos Mitsotakis.

The snap elections were triggered as a result of very poor showings for SYRIZA in the European parliamentary elections back in May. Tsipras took the reins of SYRIZA in 2009, and after the financial crisis started to make voters turn to new, perhaps desperate, but albeit refreshing parties and viewpoints, he managed to elevate his party from a mere 4 percent to about 36.3, thus forming the first government in Greece without the old PASOK (Pan-Hellenic Socialist Movement) or New Democracy parties for the first time in decades.

Born in 1974 and a graduate of the Athens Polytechnic University as a civil engineer, the appeal of the likely-exiting Prime Minister Tsipras stemmed mostly from his youth and his seeming detachment from a political establishment perceived as a sluggish, corrupt swamp.

Mitsotakis, has been around powerful politicians for most of his life. Born in 1968 and a graduate of Harvard University, Mitsotakis was first elected as a member of parliament for New Democracy in 2004. His Father, Konstantinos Mitsotakis served as prime minister for the same party between 1989 and 1992.

His sister, Dora Bakogianni, has also been a regular powerful political figure in various past governments of the early and mid-2000s. In 1989 her husband, Pavlos Bakojannis, was murdered by the far left terrorist organization 17 November, and their son, Mitsotakis' nephew, Kostas Bakoyannis, has been elected Athens mayor and will assume office this September.

The election campaign rhetoric of the two men, Tsipras and Mitsotakis, differ significantly. While the former has focused on emphasizing what his government has achieved, the latter seemingly is trying to push a view of what he will do for the country's future.

One of the main reasons for Tsipras' fall from grace has been his admitted inability to renegotiate the harsh financial controls that were placed on the Greek economy by EU-related control bodies of experts. Using the people's hatred of these bodies, perceived as little more than malicious agents of foreign powers, Tsipras managed to easily use what could be deemed as euroskeptic and populist rhetoric, albeit from a leftist direction, to gain votes in 2014 and 2015.

A party requires 151 of the 300 seats in parliament to form a government. By law, the party to win the most votes in national elections gets a bonus of 50 seats to be able to implement a more stable government, meaning that should New Democracy reach a threshold of about 33 to 35 percent, and it is being projected at 36, it will have no problem forming a government on its own, without any pesky coalitions that plagued SYRIZA in the past.

As SYRIZA will most likely become the official opposition party come July 8, other, smaller parties, both new and old, are eager to see whether they can pass the 3 percent threshold to hold seats in the parliament. Some of them include Kinima Alagis (KINAL / Movement of Change) led by Fofi Genimata, expected to receive about 7 percent of the vote. This party represents the spiritual successor of the previously powerful and now defunct PASOK. The Greek Communist Party (KKE), led by Dimitris Koutsoumpas, a regularly stagnant party in parliament ever since its creation is also expected to remain about where it was, meaning 7 percent.

The xenophobic, neo-Nazi party of Golden Dawn, led by Nikolaos Michaloliakos, is actually expected to lose over half its support, falling from 7-8 percent to 3-4 percent. Whether they will remain in parliament remains to be seen.

A new, albeit barely viable and seemingly far-right party, called Ellinikí Lýsi (Hellenic Solution) led by Kyriakos Velopoulos, could also probably enter the parliament. Velopoulos has made a weird name for himself in Greece, going on peripheral and rural television channels to try and discuss "original writings of Jesus Christ himself" as well as "creams that cure baldness."

Another new party, led by Tsipras' Sui Generis former finance minister, Gianis Varoufakis, is called MERA25 (Day 25). Public opinion on Varoufakis in Greece is complicated, with many seeing him both in the country and abroad as the man who almost "blew up" the euro in the first six months of the Tsipras government in 2015, leading to his probably forced resignation.

While New Democracy is expected to be the big winner this Sunday, if no government forms, then the elections will be repeated in one month's time.