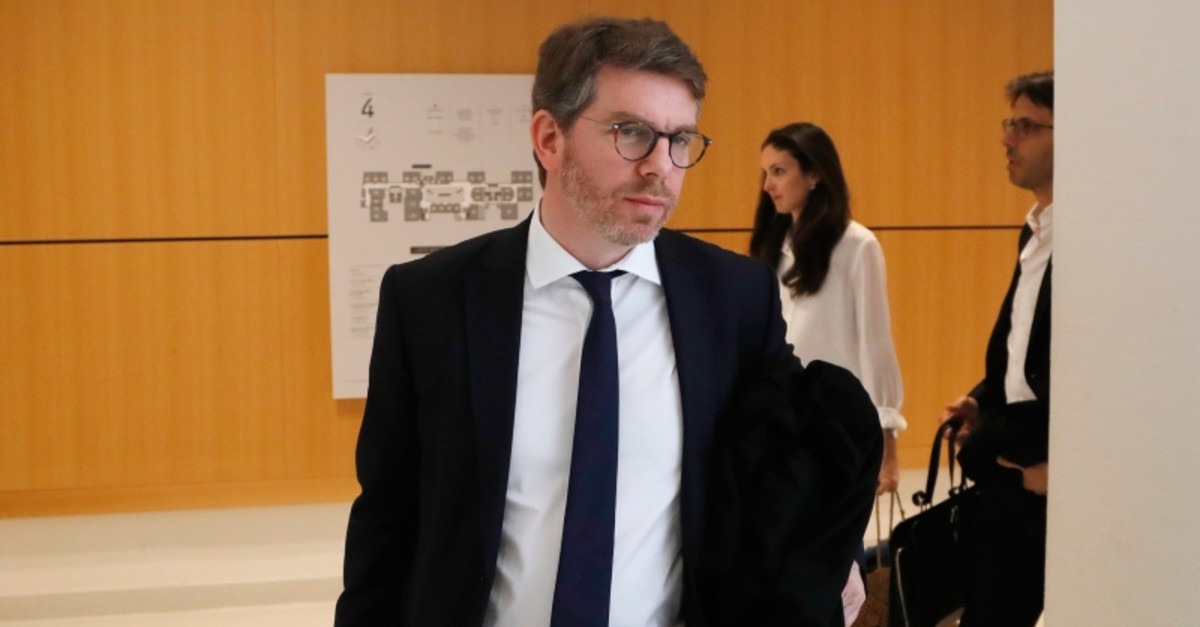 A sister of the crown prince of Saudi Arabia went on trial Tuesday in a French court over the alleged beating of a workman who was carrying out repairs in her ultra-luxury Paris apartment.

Hassa bint Salman is a daughter of King Salman and a sister of powerful crown prince Mohammed bin Salman who is known by his initial "MBS" and is seen by many analysts as the de-facto leader of the kingdom.

She stands accused of ordering her bodyguard Rani Saidi, who is also charged, to beat up the workman Ashraf Eid after he was seen taking a photo inside her home in September 2016.

Eid, who worked in the luxury apartment block, had been called in to repair a damaged basin and told investigators he needed the pictures taken with his phone to carry out the work.

The princess, who denies the allegations and was not present in court, allegedly suspected Eid of planning to sell the photo of her apartment on the Avenue Foch, long a favorite destination for foreign millionaires in western Paris.

Eid, who was also not present in court, has said he was tied up and ordered to kiss the feet of the princess, who is thought to be in her 40s and is lionized in the Saudi state-run media for charity work and women's rights campaigning.

He claimed he was was then beaten up and had his tools confiscated during an ordeal that lasted several hours.

In an account given to the Le Point news magazine in France, the workman reported that the princess shouted "'Kill him, the dog, he doesn't deserve to live."

The bodyguard Saidi, who accompanies the princess on her travels in Europe and the United States, was the only one of the three main protagonists present for the first hearing, surrounded by his family.

"When I heard the princess cry for help, I came and saw them gripping the phone," he told the court, referring to the princess and the workman.

"I grabbed him and overpowered him: I did not know his intentions," he said. "In 12 years of work, we had stories like that. Arabs want photos and the princess is someone very important for them."

Saidi has been charged with armed violence, theft, issuing death threats and holding someone against their will.

The princess is subject to an arrest warrant issued in France in December 2017.

'One against the other'

The lawyer for Saidi, Yassine Bouzrou, questioned the workman's version of events.

"My client contests that there was any act of violence and any act of kidnapping," he told reporters outside the court. "It is the word of one against the word of the other."

He said there are elements in the case that "contradict the plaintiff's version" and called for the acquittal of his client.

The workman's lawyer Georges Karouni said he would prefer comment at the end of the hearing. The Saudi princess' lawyer Emmanuel Moyne made no comment.

The bodyguard has lodged a separate case for defamation against the workman.

Prince Mohammed promised major social and economic reform when he was elevated to crown prince in 2017. But his reputation was badly damaged by the murder of dissident writer Jamal Khashoggi last year.

Agnes Callamard, a U.N. special rapporteur on extrajudicial executions, reported "credible evidence" last month that linked the prince to the killing of Khashoggi, who was strangled and dismembered inside the Saudi consulate in Istanbul.