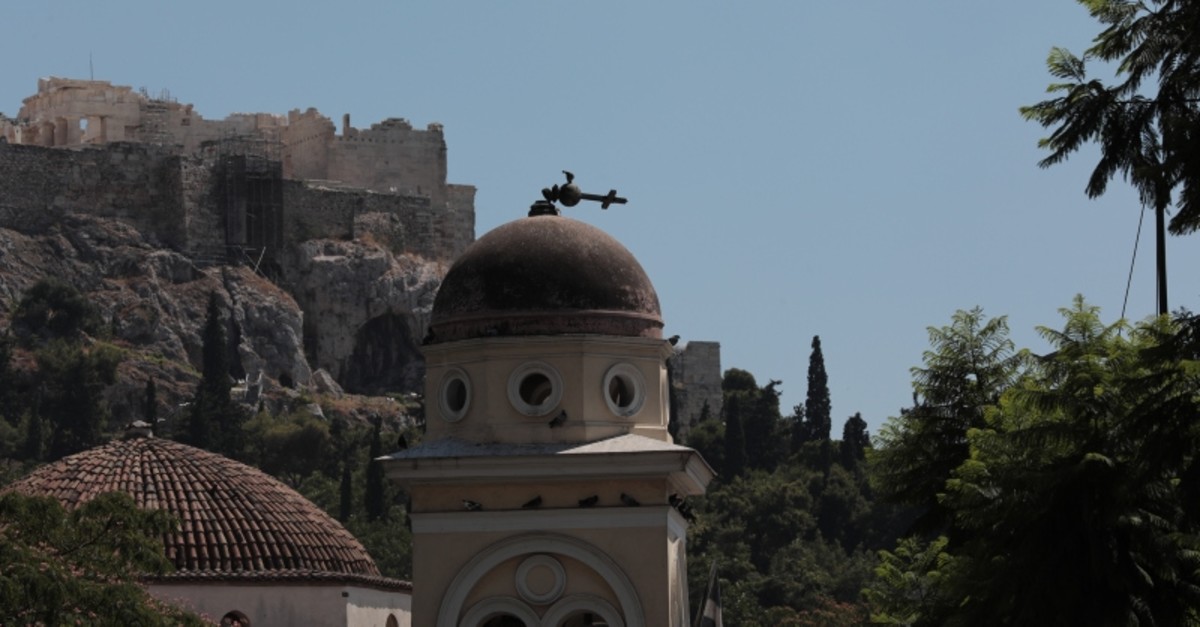 A strong and shallow 5.1 magnitude earthquake jolted Athens on Friday, knocking out phone connections, collapsing a couple of abandoned buildings and causing power outages, as worried residents rushed into the streets.

"It was a very intense quake, we were terrified, everyone started coming out (of the building)," said Katerina, who works in a six-story cosmetics store.

"It was more like an explosion," another woman told state TV ERT on central Syntagma Square.

"We were all very afraid, so we'll stay here for a couple of hours," she said.

"There are no reports of serious injury," government spokesman Stelios Petsas said on television, adding that a small number of other buildings had suffered minor damage.

Petsas added that phone networks had become "overcharged" by the sheer number of users calling to check up on friends and family.

SKAI TV said there were 20,000 calls per second, more than on New Year's Eve.

Cracks appeared in some walls in Greece's 170-year-old parliament building.

A female tourist was lightly injured by falling plaster elsewhere, reports said, and at least two abandoned buildings in the capital collapsed.

One Athens church had its cupola cross snapped by the tremor, and a disused cargo transport bridge at the port of Piraeus collapsed, TV footage showed.

According to the Greek geodynamic institute, it was a 5.1-magnitude quake with an epicenter near the town of Magoula, 23 kilometers (14 miles) northwest of Athens, and was followed by several aftershocks.

The quake struck at around 1100 GMT at a depth of 13 kilometers, the institute said.

Worried residents and office staff have crowded outdoor areas but the government denied it had ordered an evacuation alert.

"There is no reason for concern. The capital's buildings are built to withstand a much stronger earthquake," he told ERT.

The epicenter was close to where a 5.9-magnitude quake in 1999 left 143 people dead in and near Athens.

The U.S. geological institute said Friday's quake had a magnitude of 5.3.

"For the time being we cannot be sure whether this was the main earthquake," seismologist Gerassimos Papadopoulos told ERT.

"There have been at least three (smaller) aftershocks already, which is a positive sign," he said, adding that the quake was felt as far as the Peloponnese islands.

"People in the capital must remain calm... they must be psychologically ready for more aftershocks," he said.

Friday's emergency was the second in just over a week for the new conservative administration of Kyriakos Mitsotakis, who took over after July 7 elections.

On July 10, seven people died and at least 23 were injured -- most of them tourists -- as a fierce storm ripped through beachfronts in Halkidiki, one of Greece's top tourist areas.

Greece lies on major fault lines and is regularly hit by earthquakes, but they rarely cause casualties.

In July 2017, a 6.7-magnitude earthquake killed two people on the island of Kos in the Aegean sea, causing significant damage.