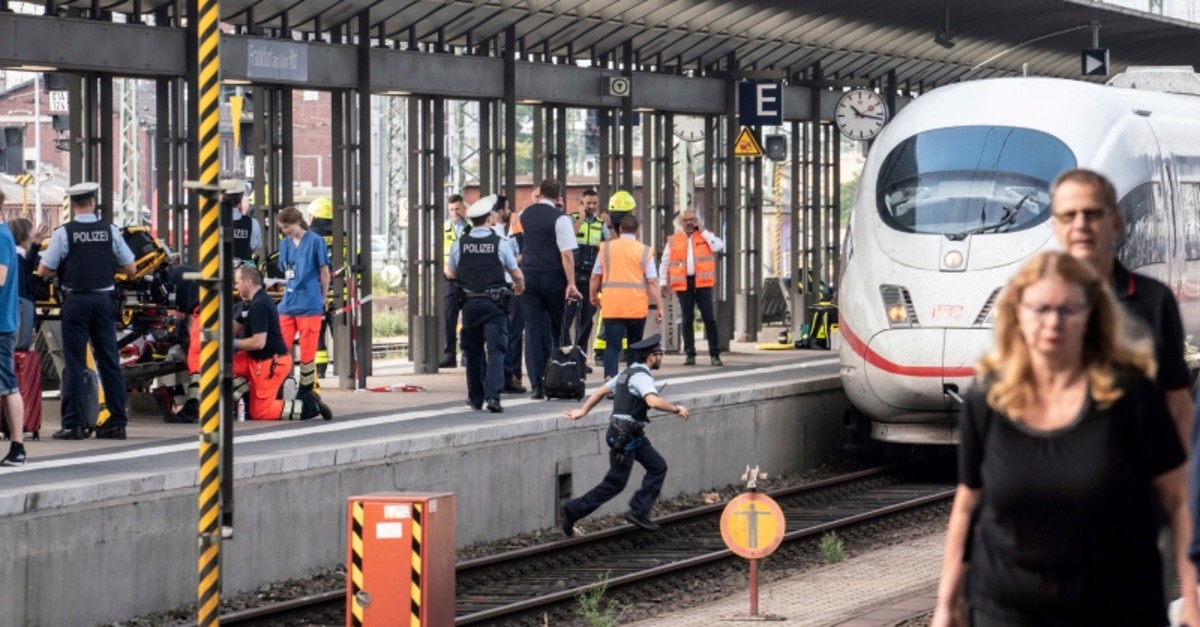 Firefighters and Police officers stay next to an ICE high-speed train at the main station in Frankfurt, Germany, Monday, July 29, 2019. (AP Photo)
by Compiled from Wire Services Jul 29, 2019 2:12 pm

An 8-year-old boy was run over by a train and killed at Frankfurt's main station on Monday after a man pushed him and his mother onto the tracks, German police said.

The boy was killed as a high-speed ICE train was pulling into the station, one of Germany's busiest. Police said the mother was able to escape but the boy was hit and run over by the train and suffered fatal injuries, police spokeswoman Isabell Neumann said.

The 40-year-old suspect fled the scene with passers-by in pursuit and was arrested near the station in a "massive police operation," Neumann said. He was being questioned and there was no immediate information on his possible motive. The case is being investigated as a homicide, police said.

Neumann said there appeared to be no connection between the suspect and the victims.

The boy's mother was taken to a hospital and also was being questioned. There was no immediate information on her injuries.