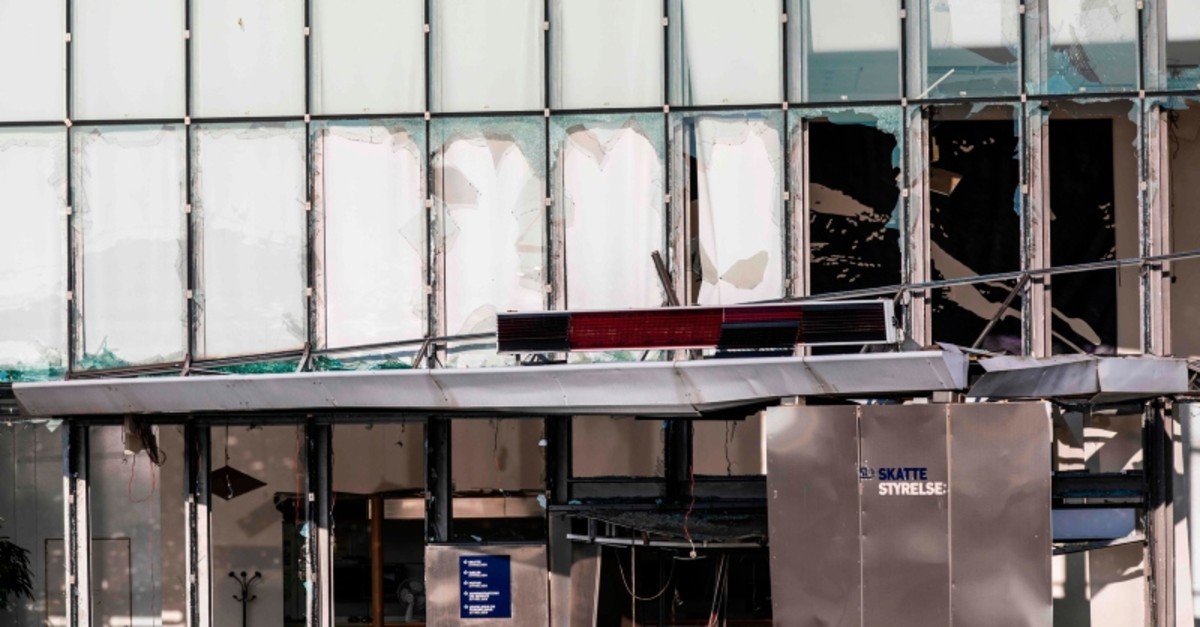 View of damage to the entrance at the front of the Danish Tax Authority at Oesterbro in Copenhagen, Denmark, on August 7, 2019 (AFP Photo)
by Compiled from Wire Services Aug 07, 2019 9:44 am

A large blast hit the Danish Tax Agency's office in Copenhagen late on Tuesday, although the cause of the explosion was unclear, police said on Twitter.

The explosion caused a halt to trains in an area called Nordhavn, just north of the city center. Two people were inside the tax agency's building but both are unharmed, police told Danish media.

Police believed the explosion was not an accident.

"It is still too early to tell who might be the perpetrators, but we take this incident very seriously and have launched an extensive investigation. We neither can nor will accept an act like this one," Skov said.

Police said that one person who was standing near the Nordhavn S-train station was lightly injured by debris and received treatment in an emergency room.