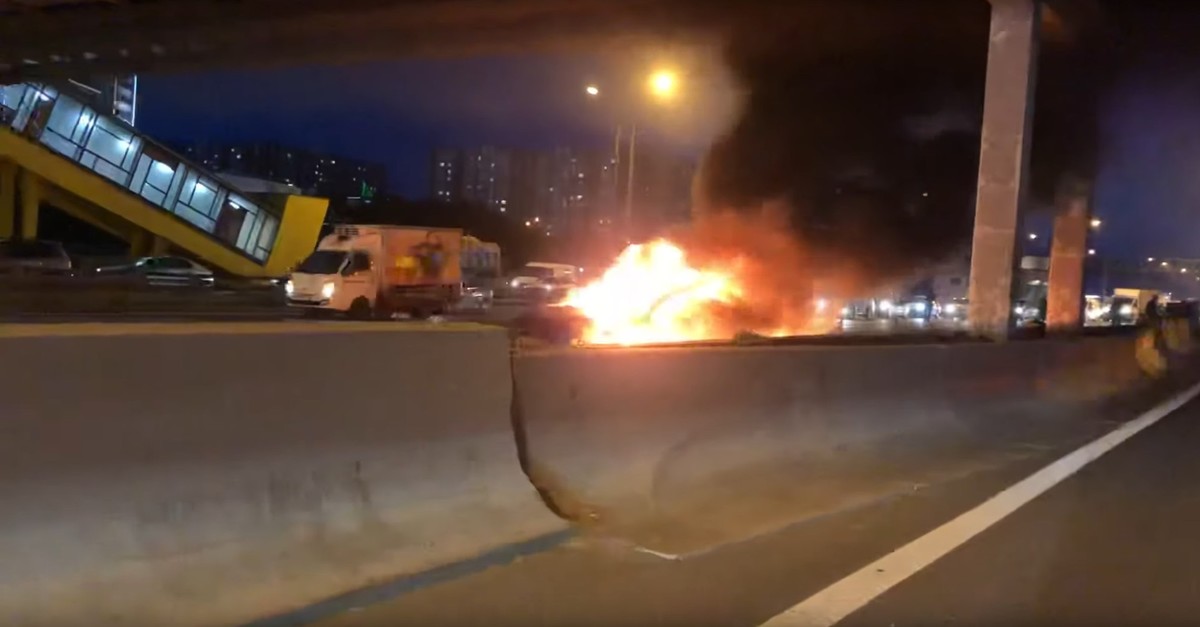 A Tesla Model 3 electric car caught fire after crashing into a parked tow truck on a Moscow motorway late on Saturday, with the Tesla driver saying he had failed to see the vehicle with which he collided.

Asked in a video published on REN TV website if he was using an Autopilot self-driving system, driver Alexei Tretyakov said he was in a drive assistance mode in which he was still holding the steering wheel.

Tesla Inc has stood by safety claims for its Model 3 in the face of regulatory scrutiny, while documents showed the top U.S. automotive safety watchdog issued at least five subpoenas since last year seeking information about crashes involving the company's vehicles.

Tretyakov said was driving at around 100 km (62 miles) per hour — the speed limit — when the car crashed on its left side into the stationary tow truck that he had not noticed.

Footage of the incident on state TV channel Rossiya 24 showed the car by the side of the road engulfed in flames and thick black smoke. Two small explosions occurred within a few seconds of each other and the metal frame of the vehicle was all that remained after the fire, TV footage showed.

Russia's RIA state news agency website posted a video showing the car driving in the left-hand lane of Moscow's ring road, known as the MKAD, before crashing into a tow truck parked by a safety fence that separates the carriageway from oncoming traffic.

According to reports, Tretyakov along with his two children were transferred to a hospital as all three of them suffered from various injuries.

Tretyakov, a financial market expert and the head of Arikapital investment company, said he broke his leg in the incident, while his two children suffered only bruises. They all escaped from the vehicle.

Tesla was not immediately available for a comment on the incident outside normal business hours.