Hundreds of tourists stranded on Greece’s Aegean island of Samothraki 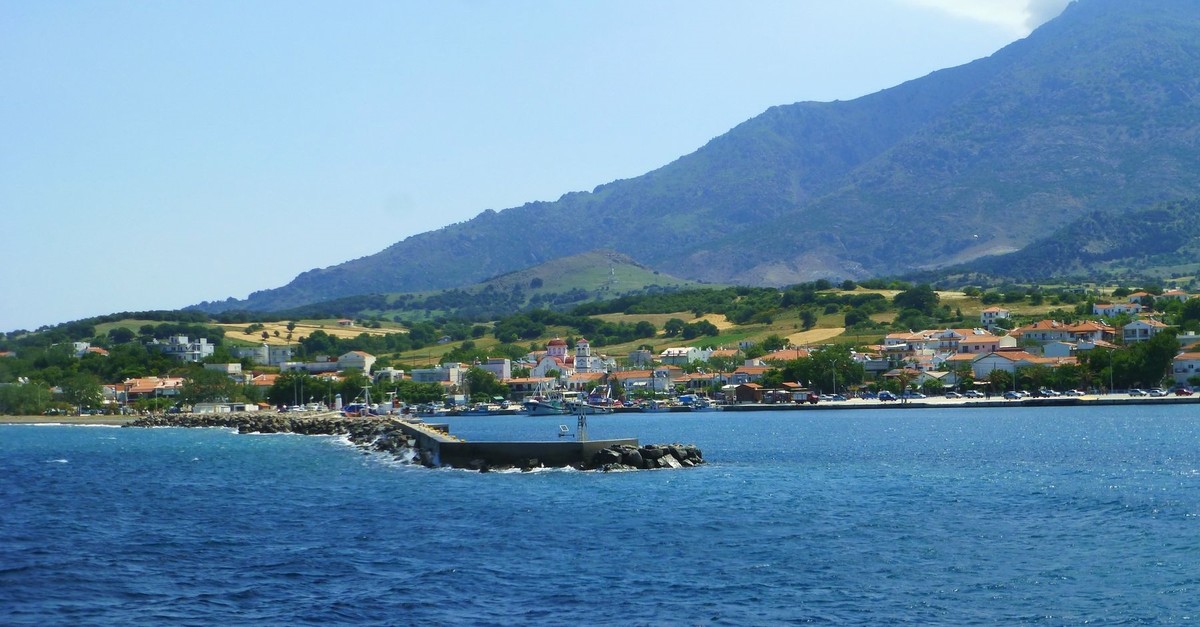 A general view of the harbor village of Kamariotissa located on the west coast of Samothraki. (Photo: Wikipedia)
by Daily Sabah with AA Aug 14, 2019 4:53 pm

Over 1,000 tourists have been stranded on the Greek island of Samothraki since last week due to problems with ferry services topped by strong winds affecting the northern Aegean.

Ferry services have been terminated since August 6 over malfunctions in the ships serving between the island's harbor village of Kamariotissa and the Western Thrace port city of Alexandroupoli (Dedeağaç) on the mainland.

Hundreds of tourists, including Romanians, Bulgarians and Turks, wait anxiously at the island's port since their holidays are over, while many others with reservations in Samothraki hotels and ferry tickets wait in Alexandroupoli to reach the island.

Samothraki Mayor Thanasis Vitsas said free food and accommodation is being provided to the tourists with the support of Eastern Macedonia and Thrace regional governorate.

However, Greek media outlets reported that cancellation of ferry services caused and accommodation shortages in Samothraki, which is home to a modest population of 3,000. The current crisis also dealt a huge blow to the region's tourism.

Tensions between passengers stranded in Samothraki and Alexandroupoli ports and officials are rising from time to time, reports said. The Ministry of Maritime Affairs, Islands and Fisheries resumes efforts to solve the problem and another ferry serving in the Aegean was dispatched to the island to resume services until the malfunctioning ferries are repaired, they added.

The fast Andros Jet catamaran will make round trips between the island and the mainland on Wednesday and Thursday to transport stranded passengers, Greek daily Ekathmerini cited Vitsas as saying.

The crisis started on August 6 when the main ferry operating between the two ports malfunctioned and two ferries were dispatched to resume services. However, both vessels broke down on their first trip.

A larger ferry was then sent to the region and the vessel departed from Alexandroupoli with nearly 560 passengers and 227 vehicles, but couldn't be berthed in Samothraki since the port facilities are inadequate.

Although smaller vessels can transport passengers between the island and the mainland, most tourists were from neighboring Bulgaria, Romania and Turkey who arrived in the island with their cars. Meanwhile, extreme heat and strong winds also affect the services.

Greek islands offer picturesque scenes, quality food and accommodation and vibrant entertainment to visitors, earning their deserved place among the top tourist destinations worldwide. However, cancellations or delays in ferry services often occur due to aging fleets hit during the country's economic crisis and the unpredictable nature of the Aegean.

Located some 40 kilometers (24.8 miles) south of the Greek mainland, Samothraki, a rugged island without a natural port and airport, is a less popular tourist destination compared to others in Greece and in neighboring Turkey. The island has few white sandy beaches and the water temperature is significantly colder in the northeastern corner of the Aegean Sea. Cold weather fronts from the Balkans often affect the island throughout winter and tourism season is shorter than most destinations further south. However, the island's untouched nature and calm lifestyle also offer a true and tranquil Aegean experience.