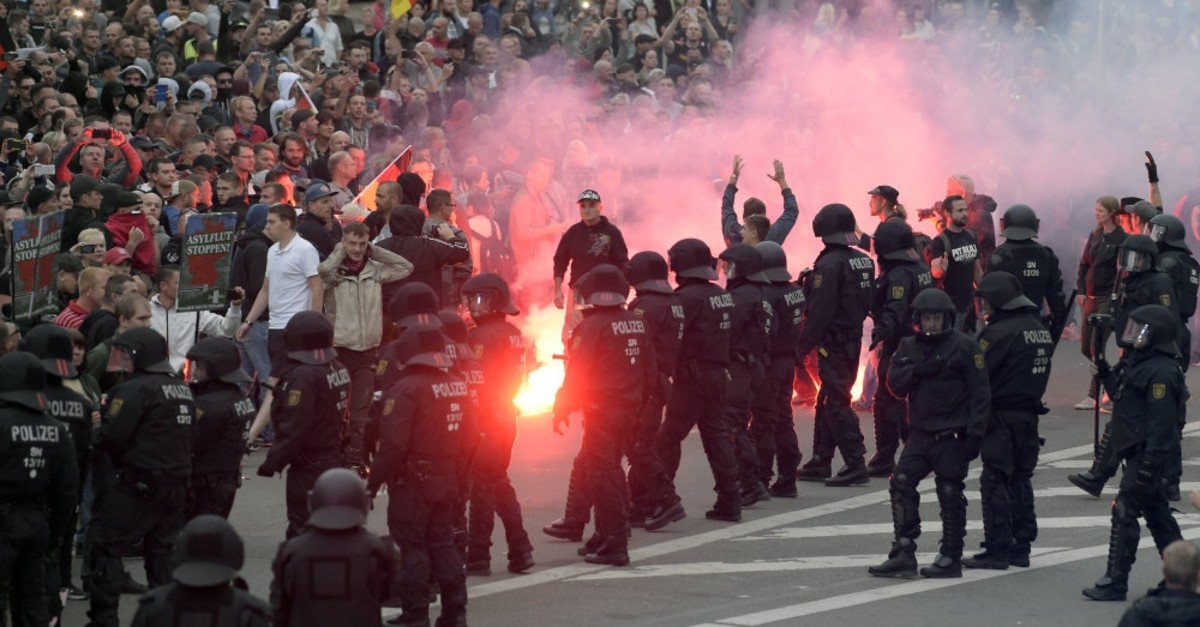 Right-wing extremist offenses in Germany rose to 8,605 in the first half of 2019, an increase of 900 far-right crimes recorded against the same period last year, underscoring ongoing far-right violence

German authorities have recorded 8,605 far-right offenses in the first half of 2019, according to figures released by the Interior Ministry, inspiring growing alarm about far-right violence in the country. The figures also showed that there was an increase of 900 far-right crimes recorded during the same period this year, compared to the first half of 2018. During this year's attacks, at least 179 people were injured and only 23 people out of 2,625 suspects have been arrested for these far-right offenses. Germany is home to some 12,700 potentially violent far-right radicals, according to the Federal Office for the Protection of the Constitution (BfV), the domestic intelligence agency.

A Civey poll this week showed 60% of Germans think the government is "doing too little" to tackle the problem. As support for the far-right has increased over the last four years, German authorities are increasingly concerned over growing right-wing terrorism in the country. Lately, a secret report by the BfV revealed in May that right-wing extremists are preparing for "a civil war scenario" by training to use firearms and explosives. Those people are collecting firearms and other supplies in preparation for "a civil war" or "a feared collapse of public order" in the country.

Intelligence services have for years been increasing surveillance of ultra-right groups, which are seen as a growing threat and capable of carrying out terrorist attacks similar to those that left 51 dead at two mosques in New Zealand. The far-right terrorist group known as the National Socialist Underground (NSU) killed eight Turkish immigrants, one Greek citizen and a German police officer between 2000 and 2007, but the murders had long remained unresolved. The loose and diverse far-right scene includes police and army officers, the report also said. German police have been shaken by an investigation into more police officers in the western German state of Hesse in relation to far-right extremist leanings. The German army has also been shaken by a widening scandal over fears of hard-line racist views among soldiers.

Germany, like other Western countries, has watched with alarm as far-right attacks have increased in recent years as the political climate has coarsened and grown more polarized. Regarding the growth of far-right extremism, the risk of becoming a victim of a hate crime is 10 times higher for immigrants residing in cities in eastern Germany, according to another study. The report, released by the Leibniz Center for European Economic Research, a nonprofit institute based in Mannheim, found that the amount of experience local people share with immigrants is an important factor in understanding growing xenophobia and hate crimes in the country. The number of attacks is "higher in regions with a previously low proportion of foreigners than in regions with an already high proportion of foreigners," said Horst Entorf and Martin Lange, as reported by Deutsche Presse-Agentur (dpa). The report suggested politicians continue to work to increase the awareness of local Germans in regions with limited migration experience to prevent hate crimes.