Russia slams US missile test as 'escalation of military tensions' 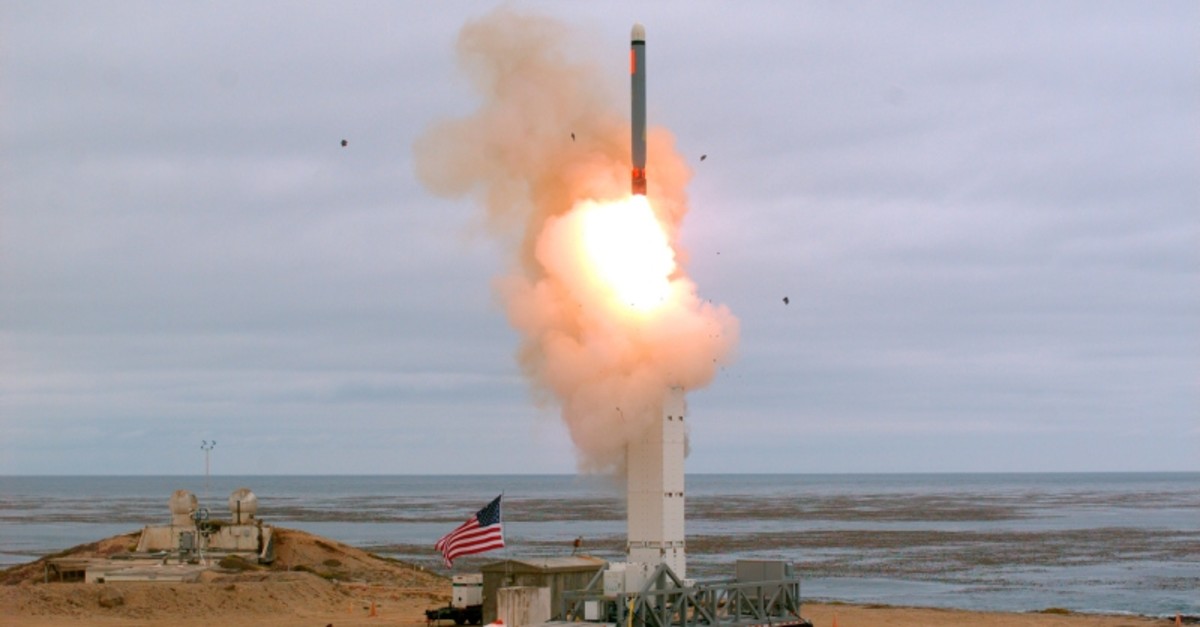 This Sunday, Aug. 18, 2019 photoprovided by the U.S. Defense Department shows the launch of a conventionally configured ground-launched cruise missile on San Nicolas Island off the coast of California (AP Photo)
by Aug 20, 2019 10:51 am

Russia said on Tuesday that the U.S. test of a ground-launched cruise missile was regrettable and showed that Washington had long been preparing for the demise of the Intermediate-Range Nuclear Forces Treaty, TASS news agency reported.

The Pentagon said on Monday that it had tested a conventionally-configured cruise missile that hit its target after more than 500 km (310 miles) of flight, the first such test since the United States pulled out of the treaty.

Commenting on the test, Russian Deputy Foreign Minister Sergei Ryabkov said Russia would not be drawn into an arms race and that Moscow still did not intend to deploy missiles unless the United States did so first, the report said.