1-in-4 people in Germany has migrant background, new data shows 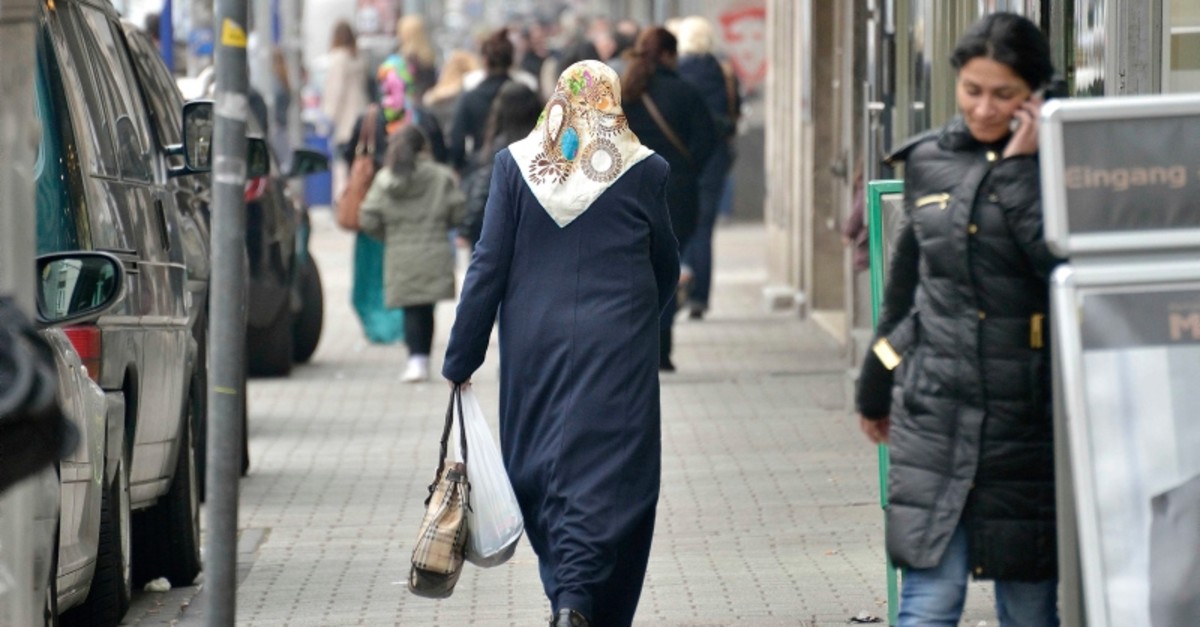 In this March 7, 2013 file photo, a Turkish-background woman walks the shopping streets in Dusiburg-Marxloh, western Germany. (AP Photo)
by Daily Sabah with DPA Aug 21, 2019 2:29 pm
The number of people in Germany with foreign roots reached a new record in 2018, according to data released on Wednesday.

According to a microcensus from the Federal Statistics Office, one-in-four people in Germany — 20.8 million people — has a migrant background.

The category applies to foreigners and German nationals who did not acquire citizenship by birth, and nationals with at least one parent who was not born with German citizenship.

That figure was 2.5% higher than the previous year.

The statistics office said 13.5 million of those with foriegn roots were not born in Germany but rather migrated. Nearly half of those surveyed said they were motivated by their family to come to Germany, while around 20% cited professional reasons. For 15%, the main purpose in coming to Germany was to seek asylum.

Germany, a country of over 82 million people, has the second-largest Muslim population in Western Europe after France. Among the country's nearly 4.7 million Muslims, 3 million are of Turkish origin. Many Turkish-origin Germans are second and third-generation German-born citizens of Turkish descent whose grandparents moved to the country during the 1960s.