Laughter turns to shock in Denmark after Trump cancels visit 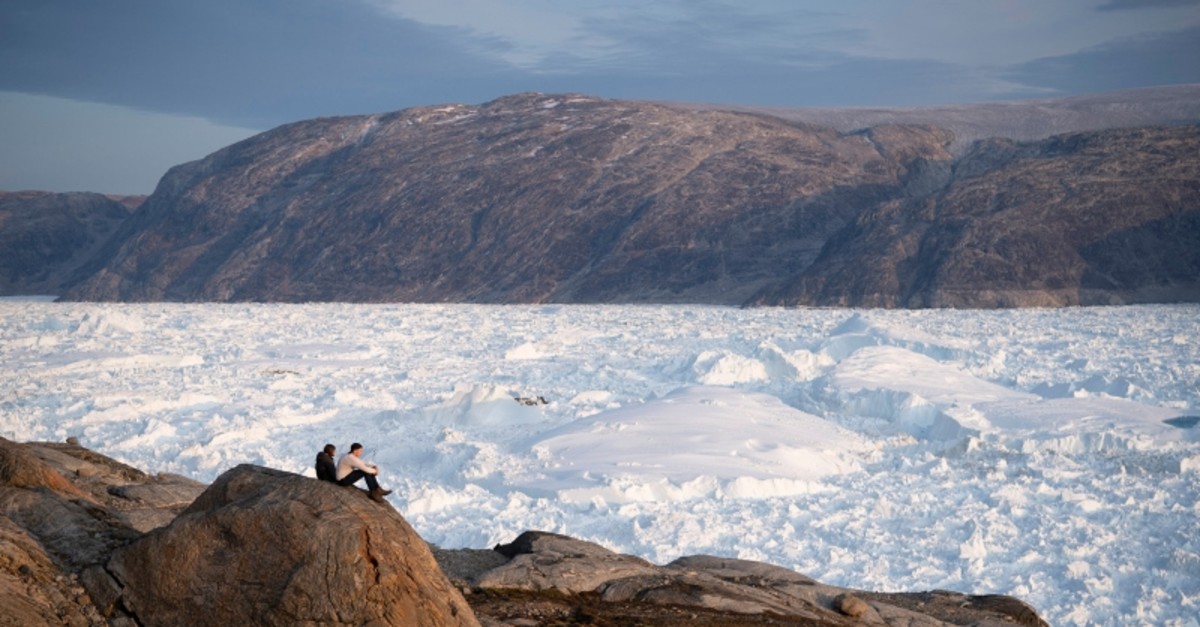 Danes expressed shock and disbelief on Wednesday over U.S. President Donald Trump's cancellation of a state visit to Denmark after its prime minister rebuffed his interest in purchasing Greenland.

Trump's proposal at first elicited incredulity and humor from politicians in Denmark, a NATO ally of the U.S., with former premier Lars Lokke Rasmussen saying: "It must be an April Fool's Day joke."

But the mood turned to shock when Trump called off the Sept. 2-3 visit after Danish Prime Minister Mette Frederiksen called his idea of the U.S. buying Greenland, an autonomous Danish territory, "absurd".

Trump's decision to cancel his visit to Denmark also took the Danish royal palace by surprise, a spokeswoman said Wednesday.

Lene Balleby told The Associated Press Wednesday that the news was "a surprise" to the royal household, which formally had invited Trump as part of a European trip. She had no further comments.

There was no immediate reaction from the Danish government. Former government ministers were quick to speak out, however.

"Total chaos with @realDonaldTrump and cancellation of state visit to Denmark. It has gone from a big opportunity for strengthened dialogue between allies to a diplomatic crisis," former foreign minister Kristian Jensen, a member of the opposition Liberal Party, said on Twitter.

"Everyone should know Greenland is not for sale," Jensen said of the world's largest island, which has considerable mineral wealth and a U.S. military presence at the Thule Air Base under a U.S.-Danish treaty dating to 1951.

Trump's cancellation was "deeply insulting to the people of Greenland and Denmark," former Prime Minister Helle Thorning-Schmidt wrote on Twitter.

Frederiksen, who had been due to hold talks with Trump in Copenhagen, was unavailable for a comment as she was traveling after a visit to Greenland and Iceland earlier this week.

She said earlier this week Greenland was "not for sale" and she hoped Trump's proposal was "not meant seriously."

"It is very, very shocking, when it is about a very close ally and a good friend," Soren Espersen, the foreign affairs spokesman for the hard right Danish People's Party, told Danish news agency Ritzau.

He described Trump's cancellation as an offense to Queen Margrethe, Denmark's head of state, and that he did not expect another visit by the U.S. president would happen.

"It shows why we now more than ever should consider (fellow) European Union countries as our closest allies. The man is unpredictable," said Morten Ostergaard, leader of the Danish Social Liberal Party. "Reality surpasses imagination."

Trump, whose "America First" policies have resulted in strained relations with the EU over trade and other issues, said on Sunday that a U.S. purchase of Greenland would be "a large real estate deal", though not an immediate priority.

"Denmark is a very special country with incredible people, but based on Prime Minister Mette Frederiksen's comments, that she would have no interest in discussing the purchase of Greenland, I will be postponing our meeting scheduled in two weeks for another time," Trump tweeted on Tuesday.

Greenland, which is gaining attention from world powers including China, Russia and the United States due to its strategic location and mineral resources, is self-governing but depends on Denmark for economic support.

Aaja Chemnitz Larsen, a lawmaker from Greenland's opposition party Inuit Ataqatigiit party, said she was not surprised at the cancellation but it underlined the territory's importance.

"The U.S. is an interesting ally for Greenland, but we also wish for Greenland to remain in the union we have today," she told Reuters.

Ordinary Danes shook their head at the news with many calling Trump an "immature" person "living on another planet."

"He thinks he can just buy Greenland, he acts like an elephant in a china shop," said Pernille Iversen, a 41-year-old shopkeeper in Copenhagen.

"This is an insult to (Queen) Margrethe, to Denmark," said Steen Gade, a 55-year-old road worker.

U.S. Ambassador to Denmark Carla Sands was apparently not informed of Trump's decision.

Shortly before he canceled the trip on Twitter, she herself sent a tweet saying "Denmark is ready for POTUS," using an acronym for "President of the United States" along with Trump's Twitter handle, with a photo from Copenhagen's City Hall square where a Dane had paid for two pro-Trump ads on giant electronic screens.

Trump had said Sunday that he was interested in buying Greenland for strategic purposes, but said a purchase was not a priority at this time.