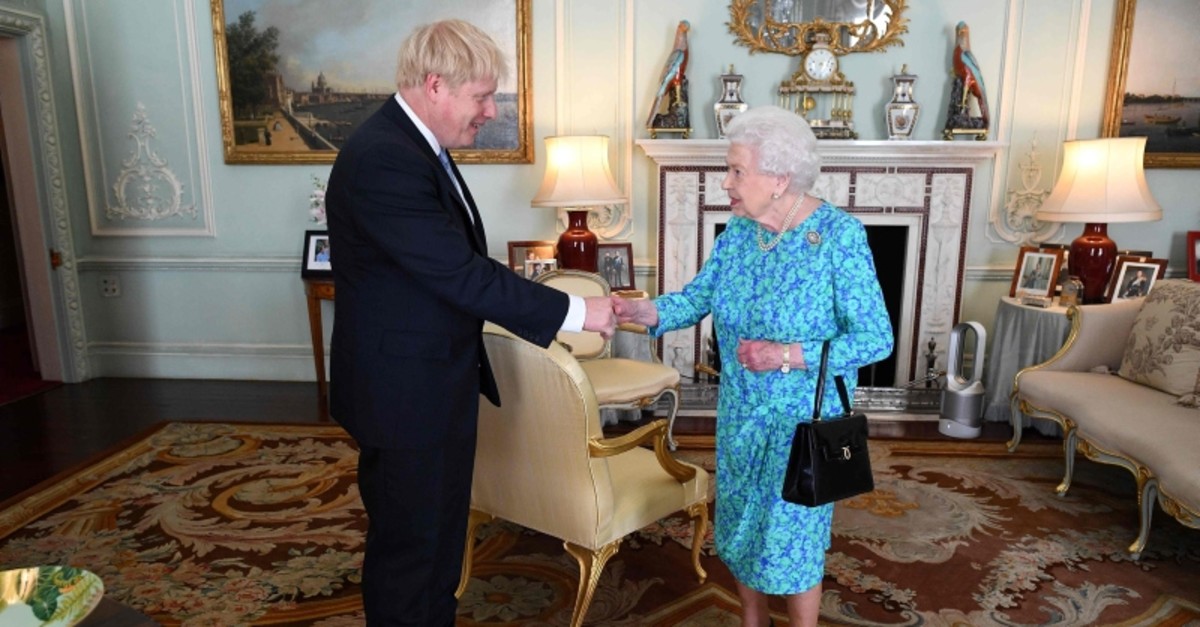 The United Kingdom's Queen Elizabeth II on Wednesday approved a government request to suspend the Parliament until oct. 14, just two weeks before the Brexit deadline.

A statement from the official body of advisers to the Queen, known as the Privy Council, confirmed that parliament would be suspended on a day between Sept. 9 and Sept. 12, until Oct. 14.

The suspension of Parliament could hamper efforts by lawmakers to block a no-deal Brexit.

Johnson said he would schedule a Queen's Speech for Oct. 14 in order to launch new legislation. He denied he was seeking to prevent parliament from obstructing his Brexit plans.

MPs will return to London later than in recent years, giving pro-EU lawmakers less time than expected to thwart Johnson's Brexit plans before Britain is due to leave the EU on Oct. 31.

He is due to attend one last EU summit three days later.

"There will be ample time on both sides of that crucial Oct. 17 summit, ample time in parliament for MPs to debate," he added.

Johnson's plan to extend the period during which parliament does not normally sit is a "constitutional outrage" designed to stop lawmakers debating Brexit, speaker of the lower house John Bercow was quoted as saying by the BBC.

"This move represents a constitutional outrage. However it is dressed up it is blindingly obvious that the purpose of prorogation now would be to stop Parliament debating Brexit and performing its duty," Bercow said, according to the BBC's Political Editor Laura Kuenssberg.

The leader of Britain's main opposition Labour Party said Johnson's plan to extend the period during which parliament does not normally sit shortly before Brexit is "an outrage and a threat to our democracy."

"I am appalled at the recklessness of Johnson's government, which talks about sovereignty and yet is seeking to suspend parliament to avoid scrutiny of its plans for a reckless No Deal Brexit. This is an outrage and a threat to our democracy," Jeremy Corbyn said in a statement.

Meanwhile, the Northern Ireland party that props up Johnson's government said it supported his decision to suspend parliament but said the move would require a review of the two parties' "Confidence and Supply" deal.

"As outlined in the Confidence and Supply Agreement in 2017, the terms of that Agreement will also be reviewed in advance of the new Session," Democratic Unionist Party leader Arlene Foster, whose party has 10 members of parliament, said in a statement.

"This will be an opportunity to ensure our priorities align with those of the Government," she added.

The pound slumped almost one percent versus the dollar and euro on the news. Britain's currency slid 0.94 percent to $1.2179, while the euro bought 91.09 pence.

A source at Downing Street office insisted that only around four sitting days in the lower House of Commons would be lost as a result.

Parliament returns from its summer break on Sept. 3. By convention it is suspended for the annual conferences of the three main parties.

The first, that of the anti-Brexit Liberal Democrats, starts Sept. 14. The final one, that of Johnson's governing Conservatives, ends on Oct. 2.