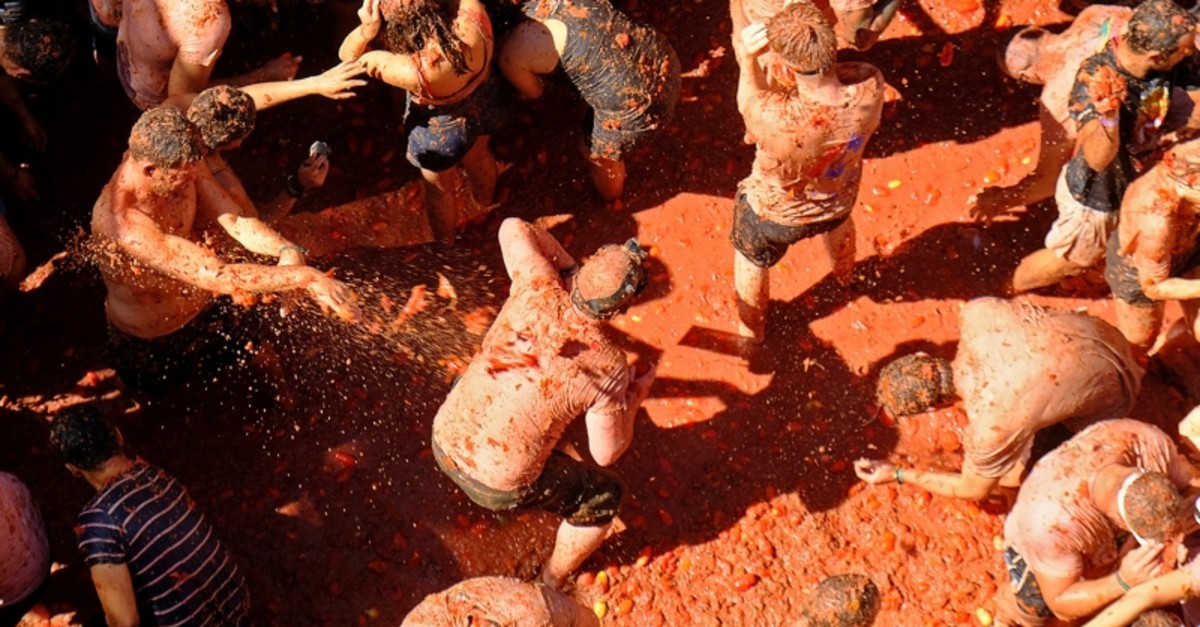 Revellers throw tomatoes at each other, during the annual ,Tomatina,, tomato fight fiesta in the village of Bunol near Valencia, Spain, Wednesday, Aug. 28, 2019. (Reuters Photo)
by Compiled from Wire Services Aug 28, 2019 2:19 pm

More than 20,000 people are pelting each other with ripe tomatoes in the annual "Tomatina" street battle in a town in eastern Spain that has become a major tourist attraction.

The fight leaves participants and the surrounding streets awash in red pulp.

Some revellers wore goggles to protect their eyes and some buildings were draped with tarpaulin to preserve their walls, while others got soaked with the pulp, creating a scene worthy of a modern art painting.

Organizers hose the streets down moments after the event's end at noon while participants use public showers.

The event, which costs 12 euros (about $13) for a basic ticket, was inspired by a food fight between local children in 1945 in the tomato-producing region.

It was banned for a while during the 1950s at the height of General Francisco Franco's dictatorship, but survived to gain popularity across Spain in the 1980s and today draws large crowds of visitors from abroad as well as Spaniards.