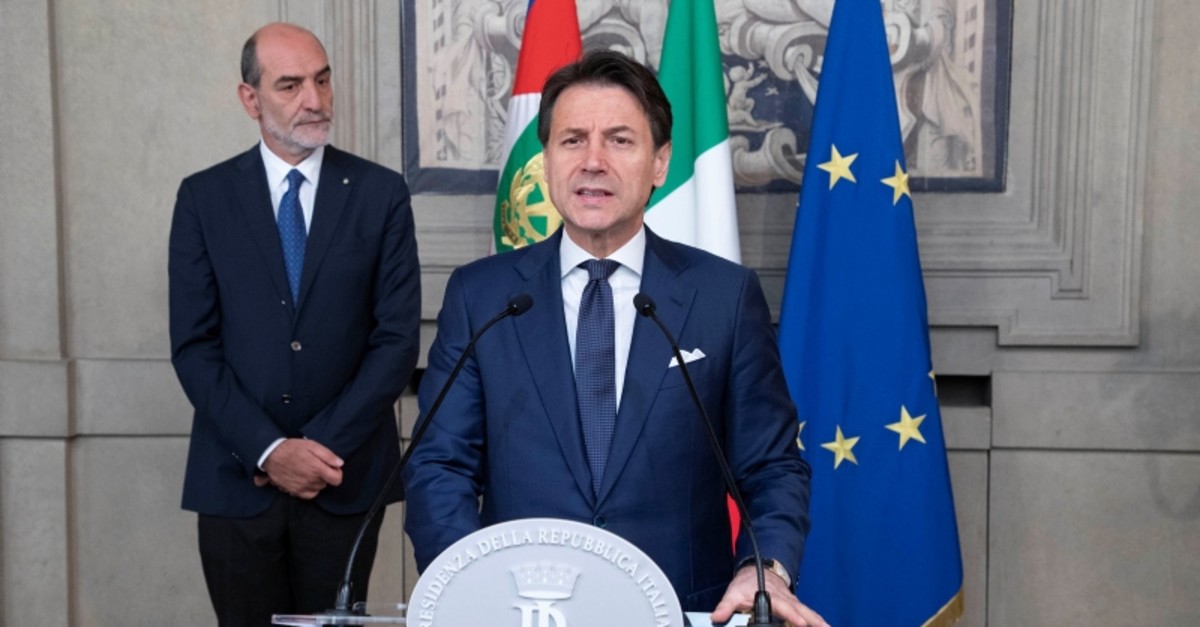 Italy's just-resigned Prime Minister Giuseppe Conte said Thursday he had accepted a mandate from the head of state to try to put together a new government, adding that he hoped to draw up a list of ministers in the coming days.

Speaking to reporters after receiving a green light from President Sergio Mattarella to form a coalition, Conte said the new administration would have to work immediately on drawing up a budget and preventing a looming hike of sales taxes.

"We must transform this crisis into an opportunity," said Conte, who was forced to resign Aug. 20 after Salvini yanked support for his government, while insisting that Italy would once more become a key player in Europe after 14 months of a populist, anti-EU government. The new government would create "a fairer, more competitive, more united, more inclusive country."

"In the coming days I will return to the president of the republic ... and submit my proposals for ministers," he said.

Mattarella gave Conte a mandate to explore forming a new government majority backed by lawmakers in the 5-Star Movement (M5S) and Democratic Party (PD) — until this crisis staunch political foes who have long traded insults — to stave off snap elections in the eurozone's third-largest economy.

The new alliance appears to forestall elections. But even if Conte cobbles together a government, political analysts warn it is unlikely to last.

Salvini's move created political instability that once again focused investor attention on Italy, raising borrowing costs on its stubbornly high debt. Italy also faces a critical autumn deadline for drafting a budget for the European Union, with the looming prospect of raising the value-added tax to cover shortfalls