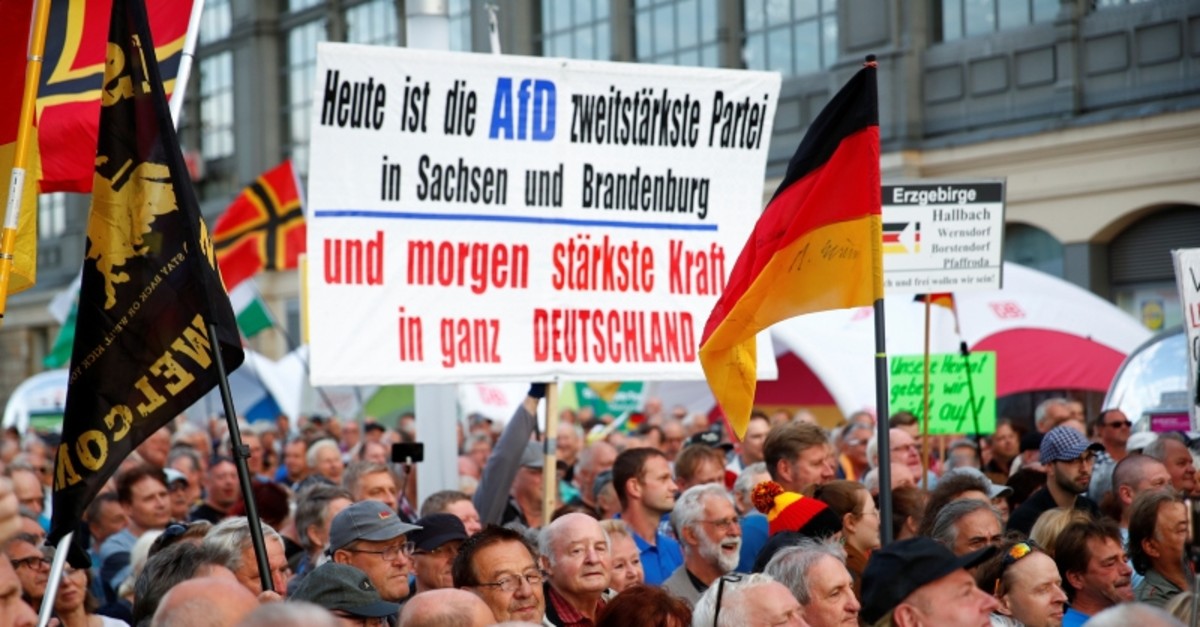 Supporters of the anti-Muslim movement PEGIDA rally following the federal state elections in Saxony during a demonstration at the main railway station in Dresden, Germany, Sept. 2, 2019. (Reuters Photo)
by Sep 03, 2019 10:54 am

Voters who supported the far-right Alternative for Germany (AfD) party in elections in two eastern states have knowingly helped to put "right-wing extremists" in power, the chairman of the Central Council of Muslims in Germany said.

"We must not pretend to ourselves that these voters are casting protest votes or are simply naive," Aiman Mazyek, the chairman of the council, told Neue Osnabruecker Zeitung newspaper in comments published Tuesday.

"I believe they know that they are assisting right-wing extremists to gain seats in the parliaments," Mazyek said.

He described positions taken up by the AfD in Saxony, where the AfD almost tripled its support to 27.5%, as anti-constitutional. "It is not the Muslims in Germany, but the AfD that has to commit to democracy," Mazyek said.

Attempts by the AfD to classify Islam as an ideology rather than a religion were against the German constitution.

"This is not only an anti-religion, but an anti-constitution position," Mazyek said.

The AfD, which also saw its support in neighboring Brandenburg rise in the elections held Sunday, takes a strongly anti-immigrant and anti-Muslim line.

The German immigration authority, BAMF, put the number of Muslims in Germany at the end of 2015 at between 4.4 and 4.7 million in a total population at the time of 82.2 million.