Rally outside UK parliament as vital Brexit vote draws near 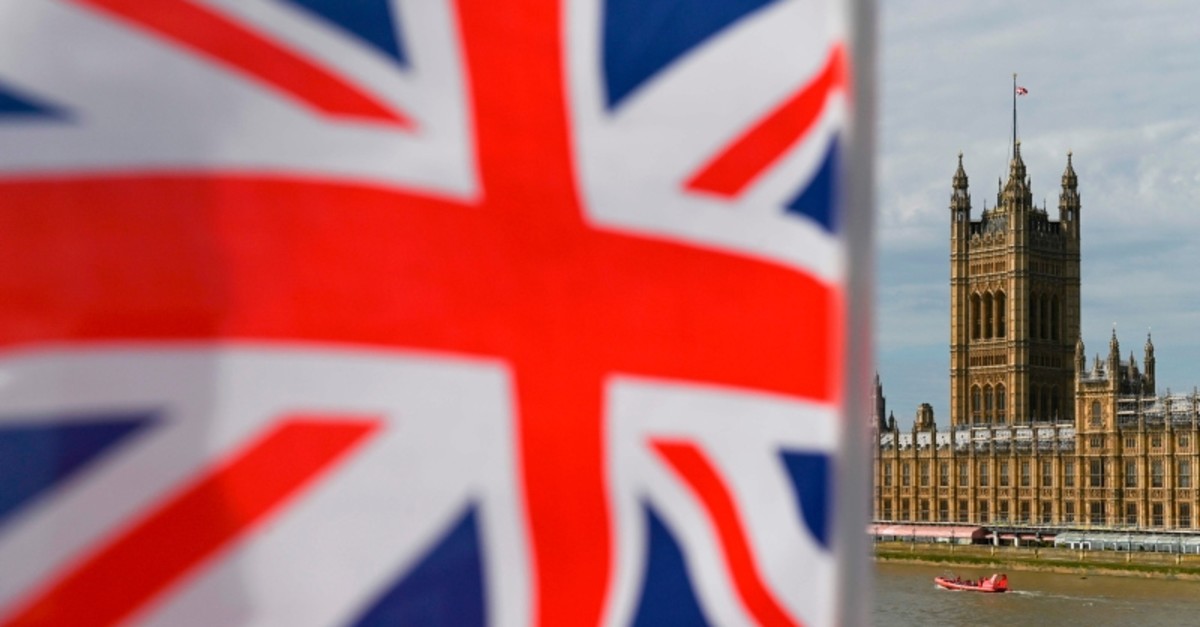 The Palace of Westminster housing the Houses of Parliament is seen from Westminster Bridge with a Union Flag in the foreground in central London on August 28, 2019 (AFP Photo)
by Sep 03, 2019 10:54 pm

Several hundred government opponents rallied outside Britain's parliament Tuesday ahead of a Brexit vote in which Prime Minister Boris Johnson is expected to be defeated by rebels in his Conservative party.

Protesters held up signs reading "Stop The Coup" and "Defend Our Parliament" -- a reference to Johnson's decision last week to drastically reduce the number of days parliament can debate Brexit ahead of an October 31 deadline.

"It's quite disgusting really, what the government is doing. I don't think they are listening to the people," said Rachel Power, a self-employed woman who brought two dogs -- one draped in the EU flag and the other in the UK flag.

John Wetherall, a retired chemical engineer, said he hoped Brexit would be delayed to avoid Britain crashing out of the European Union on October 31 without an overall agreement.

"Coming out of the EU with no deal at all is the worst possible option," he told AFP, echoing some of the arguments being made inside the parliament chamber at the same time during a heated debate over Johnson's Brexit strategy.

Some of the protesters held up smoke flares and a group of musicians was seen wearing blue and yellow EU flag berets.

One man carried a poster with an image of Edvard Munch's painting "The Scream" and the words "Brexit!" written on it.

The vote later on Tuesday would create parliamentary time on Wednesday for MPs to debate and vote on draft legislation to force Johnson to delay Brexit by three months if he is not able to strike an agreement with EU leaders by October 19.