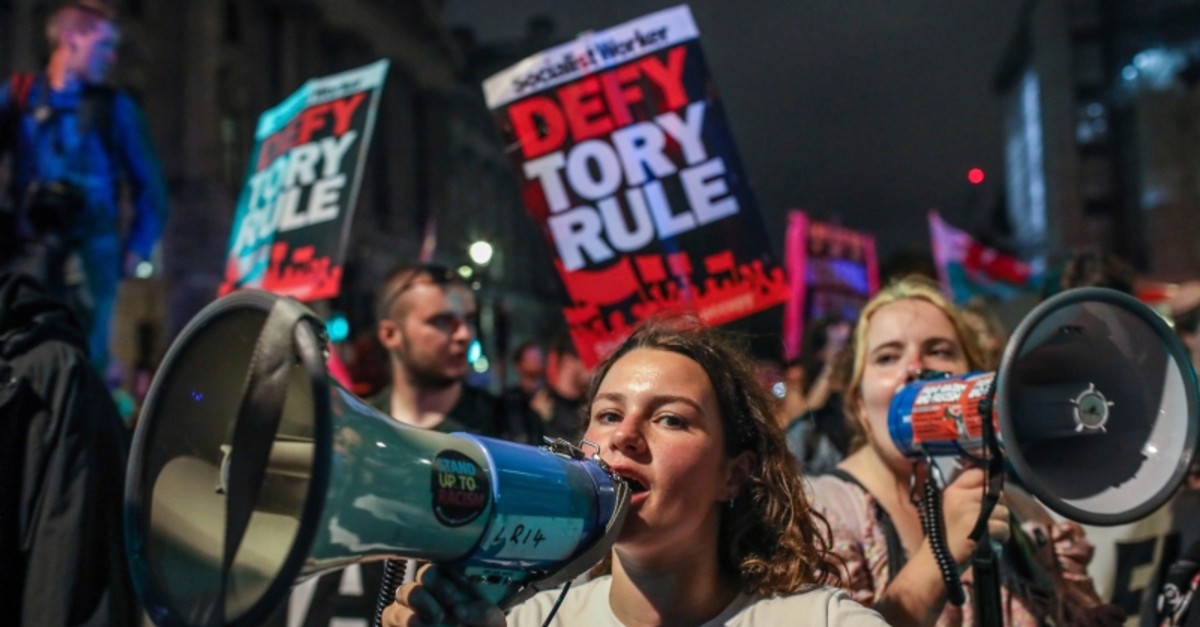 Lawmakers voted late Tuesday to allow parliament to debate a cross-party bill that would block Britain from leaving the European Union without a deal, in a blow to Conservative Prime Minister Boris Johnson. Government sources said Johnson will ask parliament to approve a snap general election for October 14 now that he's lost the vote.

Johnson lost his majority in parliament earlier Tuesday after pro-EU lawmaker Phillip Lee left the Conservatives for the opposition Liberal Democrats, making a vote against the government more likely.

Lawmakers, including some from Johnson's own Conservatives, called for the emergency debate after Johnson said last week that he would prorogue, or suspend, parliament from mid-September to mid-October - a move seen by many as an effort to limit parliament's ability to have a say before the October 31 deadline.

"In the light of the government's decision to prorogue parliament, it has become an urgent matter for MPs to discuss whether it will accept a no-deal Brexit," said Oliver Letwin, a pro-EU Conservative lawmaker.

Jacob Rees-Mogg, Johnson's leader in the Commons, said the allowance of the debate and the measures in the proposed bill were "constitutionally irregular" and quoted parliamentary rules requiring impartiality from the speaker.

"The government, not parliament, is responsible for negotiations with the European Union," Rees-Mogg said.

Speaker Bercow defended his decision to allow the debate, insisting that he was fulfilling his duty to "faciltate the house... without fear or favour."

Opening the debate, Letwin told lawmakers it was "decision time" on whether or not they want to prevent Britain leaving the EU without a deal.

He said the government had "not produced a single indication of any viable proposal" to replace the so-called "backstop" provision, which is designed to guarantee an open border between Northern Ireland and the Republic of Ireland after Brexit.

Brussels has so far refused Johnson's demand for the backstop to be removed from Britain's existing withdrawal agreement with the EU. The British prime minister has said that he believes a new deal is still possible leading up to a summit of EU leaders in mid-October.

"The likelihood of the government reaching a deal at the [European] Council meeting on October 17 and 18 on the terms the government itself has set is accordingly slight," Letwin said.

The defection of Conservative lawmaker Lee earlier Tuesday further reduced Johnson's chances of winning the evening vote, amid expectation that a dozen or more Conservatives will back the motion to require him to seek an extension until January.

In a resignation letter to Johnson published via Twitter, Lee said Johnson's Conservative government was "aggressively pursuing a damaging Brexit in unprincipled ways."

Johnson in turn accused supporters of the bill of wanting to "frustrate the will of the people" and "overturn the result of the [2016 Brexit] referendum."

Should Johnson call for an early election in light of Tuesday's vote, he would need the backing of two-thirds of the 650 lawmakers in the Commons, making the opposition Labour party's stance crucial.

Shami Chakrabarti, Labour's shadow attorney general, told the BBC that her party wants to "ensure that we get this legislation [preventing a no-deal Brexit] locked down" before committing itself to an election.