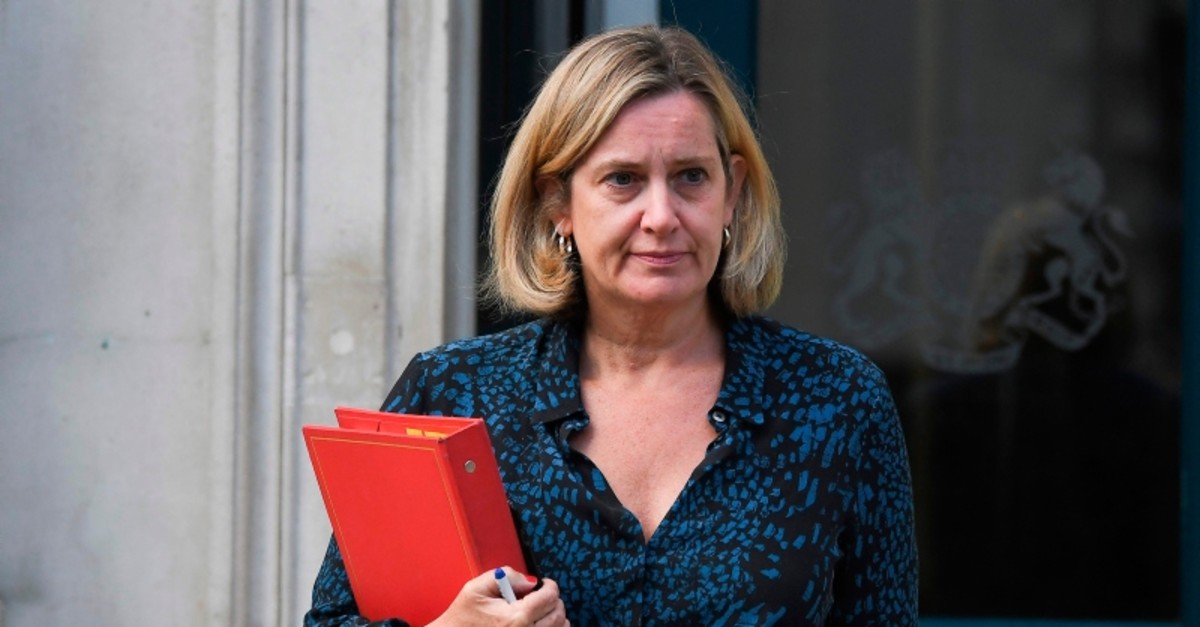 In this file photo taken on September 2, 2019 Britain's Work and Pensions Secretary and Women's minister Amber Rudd leaves the Cabinet Office on Whitehall in London (AFP Photo)
by Compiled from Wire Services Sep 08, 2019 12:05 am

Rudd tweeted late Saturday that she resigned and surrendered the Conservative Whip. "I cannot stand by as good, loyal moderate Conservatives are expelled", she wrote, adding that she remained committed to "the One Nation values that drew me into politics."

"I have seen 21 of my colleagues, good, strong Conservative MPs with true, moderate, progressive values excluded from the party, indicating that the Conservative Party … has no longer place for people with different views of the European Union and I can't stand by that," she said.

Rudd added she is also "surrendering the Conservative whip" and joining the expelled MPs.

Her resignation dealt a new blow to Prime Minister Boris Johnson who has insisted the U.K. would leave the EU on Oct. 31 and said progress was being made in talks with the block.

Twenty-one Tory MPs saw their whip removed by the party leadership after they supported a bill that blocks a no-deal Brexit on the Oct. 31 deadline.

The bill passed both houses of the parliament and is awaiting for the Royal Ascend to become law.

Johnson's brother Jo Johnson resigned last week from his ministerial post and the parliament, saying he was torn between family loyalty and country's interests.